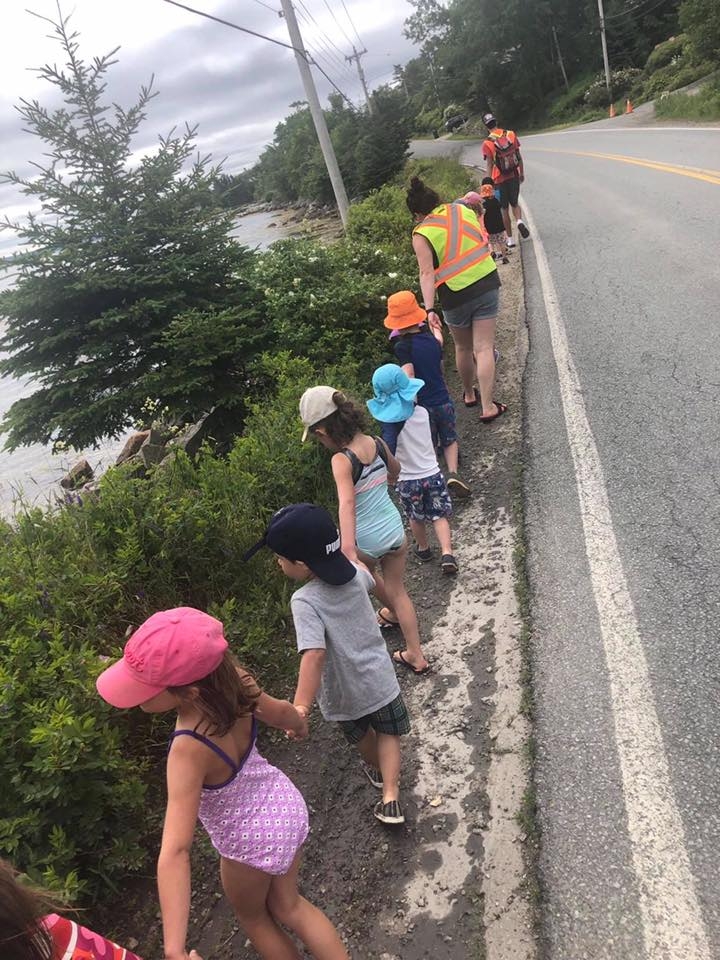 Hubbards residents concerned by the frequent “dangerously close calls” between pedestrians and vehicles are advocating for safer streets via a newly formed community group.

Melanie McIvor created the Hubbards Streetscape Project Facebook group on June 12 with a stated mission of advocating, planning and delivering on a safer community.

Within one week, the group’s membership grew from one to more than 600. There are currently almost 700 members, and many have shared personal stories of close calls while walking to access the many services in the community.

“We’re talking about the community centre being around four kilometers with a couple loops here and there. You don’t actually have to leave the community to do anything,” McIvor said in an interview on Friday.

“On that main drag we have a post office, a library, the elementary school, the daycare, a doctor’s office, a dentist’s office, the pharmacy, the grocery store, the hardware store, three restaurants, one a coffee shop, and so much more.”

But she said accessing those businesses and services without a car can be downright dangerous.

Through the Years Daycare employee Stephanie Blois has been hit three times while walking that stretch of roadway with her children. She doesn’t have access to a car. She gets to her workplace each day walking along Highway 3 pushing her two children, ages 20 months and four years old, in a 36-inch wide double stroller.

Stephanie Blois and her children have been hit by vehicles on Highway 3 in Hubbards three times in the last year and experienced numerous other close calls. Photo: Contributed

In a written statement, she recalled details of those incidents — all within the last year — where she was hit by passing vehicles. Each time, she and her children were wearing reflective vests; they weren’t physically injured.

The most recent incident occurred just last month near the community library, while heading towards Shatford Memorial School.

“We were walking on the dirt/grass section on the side of the road between two driveways,” Blois wrote. “A pick up truck styled vehicle hit the edge of the stroller sending it out of my hands and to the right down a small embankment into someone’s driveway.”

Blois said those incidents, as well as multiple close calls, have scared her and her children.

“When we have the opportunity for a drive, we always take it for fear the next time we won’t escape without injuries,” she said.

In an interview on Friday, Blois said in addition to the three times she and her children have actually been hit, she’s had many other “pretty extreme” close calls.

“I want people to be aware of that and get that out there. It’s not just that we want a sidewalk here, it’s a legitimate safety concern,” Blois said.

“I’d like to see at least widened roadways and the ability to have tourists be able to come and to be part of it. To do anything in Hubbards, even something small like a yard sale, you can’t without the abundance of cars and vehicles and people being all over the place.”

As co-chair of the new Hubbards Streetscape Project initiative, McIvor said people are frustrated by the number of “dangerously close calls” residents continue to have with passing vehicles. 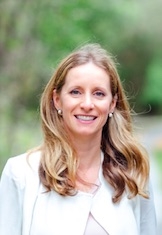 “What’s going to happen is if you don’t do something, someone’s going to get seriously hurt,” McIvor said.

Although they have a list of things they hope to accomplish, McIvor said the most pressing need is a sidewalk. Following recommendations in the recent Nova Scotia Main Streets Initiative report by the Federation of Nova Scotia Municipalities, her group is asking the province to redesignate the section of street inside Hubbards as a main street with different design standards and regulations.

Matthew Morash, co-chairperson of the streetscape project, said one major barrier is the fact that the province designs Hubbards’ central street by trunk highway standards.

“They use the same design standards for this 50 km/h section of street in our community as a 80 km/h road in the woods. That needs to change,” he said in a media release.

“Right now, the street prioritizes everyone driving through the community to get somewhere else. Well, how about the people who live here?”

Hubbards straddles the county line between Halifax and Lunenburg counties. McIvor said they’ve already begun meeting with municipal and provincial officials representing both counties to create a new plan for the community of Hubbards. They want that plan to include the creation of a main street as well as interventions that would make their streets safer.

In an emailed statement on Friday, Halifax Regional Municipality spokesperson Erin DiCarlo said that as outlined in the municipal Integrated Mobility Plan, staff continue to work with other orders of government to implement the rural active transportation network, including along provincial roads.

“Currently, the cost of implementing new sidewalks in rural areas is covered by the community,” DiCarlo wrote.

“Staff are working on a report with recommendations to have a more detailed approach to addressing rural active transportation needs, including possible cost-sharing opportunities with other levels of government. The report is expected to be presented to Regional Council later this year.”

“It’s still very early in this process, and there’s lots of community conversations to be had,” Tate wrote. “The Municipality of Chester is very interested in supporting and working with both the group, and HRM, to find the most feasible solutions possible.”

McIvor said their community is a gem and they want the world to know it, but they need to make it safer to walk.

“I don’t want to say we’re a mini Chester or a mini Mahone Bay but we are very similar to those,” she said.

“We have this amazing sailing club and obviously the Shore Club’s a big draw, and we have these other things that draw people to our community, but we lack the infrastructure to support the visitors and the residents.”

The group’s members have already started fundraising in order to secure the services of a design and urban planning firm to create a plan for the community. McIvor said they’ve received overwhelming local support and are hopeful things will move quickly.

“It’s about economic growth, it’s about beautification of our town, it’s about supporting those residents’ active lifestyles, it’s about connecting a community across the county line,” McIvor said.

“It’s about ensuring that people and visitors and summer residents can feel safe and happy and keep that sweet, sweet thing that Hubbards has.”