A hundred accessibility advocates took to the street yesterday to protest the poor state of Halifax’s sidewalks.

Moira Donovan examines how universities are increasingly using poorly paid adjunct professors. This article is behind the Examiner’s pay wall and so available only to paid subscribers. To purchase a subscription, click here.

The department of Natural Resources has an open tender for bullets, while the department of Health and Wellness is tendering for body bags. The two are entirely unrelated, but this will get the conspiracy nuts going.

Just a reminder: Macdonald Bridge closures start Sunday evening at 6:30pm, and will continue Sundays through Thursdays, 6:30pm to 5:30 am, for the duration of the 18-month reconstruction project. Sporadic weekend closures will start this summer.

Information about the Halifax Transit shuttle bus is available here (basically, it travels between Scotia Square and the Bridge Terminal).

The Bridge Commission still hasn’t published definitive information about its shuttle bus for pedestrians and bicyclists, but once the bike and pedestrian lanes are taken off the bridge in June, the bus will travel from the middle of nowhere (the abandoned Bridge liquor store, which might be convenient to bicyclists but will require pedestrians to walk through an empty field) to the middle of nowhere (the sewage plant, convenient to no one at all, unless you happen to be a worker at the sewage plant).

Yea, I know, never read the comments, but if you want a taste of the hatred for bicyclists, check out the comments on this CBC article.

We should put warning labels on gas pumps, says an environmental lawyer.

In the Chronicle Herald today there are two different takes on what the Ivany Report says about forest management. In an op-ed piece, forest ecologist Minga O’Brien says that the Ivany Reports says there should be better management of forests, less clear-cutting, and that the province should set aside significant acreage for hardwood production and selective management. Meanwhile, over on the letters page, Jeff Bishop, executive director, Forest Products Association of Nova Scotia, says the Ivany Report says that people shouldn’t be complaining that the companies he represents are clear cutting like crazy in St. Margaret’s Bay area.

Rachel Brighton has a thing about the provincial debt, which we’re all supposed to be worked up about.

I’m sure people with far more knowledge and understanding of this will weigh in, but my back-of-the-envelope calculation shows that Nova Scotia’s public debt of around $15 billion compared to its annual GDP of around $39 billion results in a debt-to-GDP ratio of around 38 percent.

Even Quebec’s 50 percent public debt-to-GDP ratio isn’t particularly alarming in comparison to worldwide debt levels. The ratio in Germany, the healthiest economy in the EU, is 80 percent, for example. Most European countries are hovering around 80 percent; South Korea has a debt load almost identical to Nova Scotia’s.

Sure, long-term demographic trends might create some problems in the future in terms of the government’s ability to deliver services, but for right now, the debt load is immensely manageable. The sky-is-falling pronouncements look like an excuse to force a neoliberal austerity agenda down our throats — with the political aim of cutting services to working people in order to further enrich the wealthy, and essentially killing any public expectations that government work for the common good.

The passing of Leonard Nimoy reminds me of what may be the very best Simpson’s episode, Marge vs. the Monorail, written by Conan O’Brien.

Nimoy had earlier Simpsons form, of course, in the Marge vs the Monorail episode, where he happily sent up Spock-esque humourlessness. The guest of honour at the opening, Nimoy fails to be recognised by Mayor Quimby (“Weren’t you one of the Little Rascals”) and then drones on about Star Trek (“Actually, the doors on Star Trek were not mechanical, we had a stagehand on either side”).

After the monorail’s disastrous maiden voyage, Nimoy calmly claims responsibility for saving everyone (“My work is done here”) before vanishing, teleporter style, after being challenged by Barney: “You didn’t do anything!”

Small but perfectly formed, his Simpsons bits showed he could take a joke.

Here in Halifax, the Monorail song became the anthem for we convention centre naysayers: 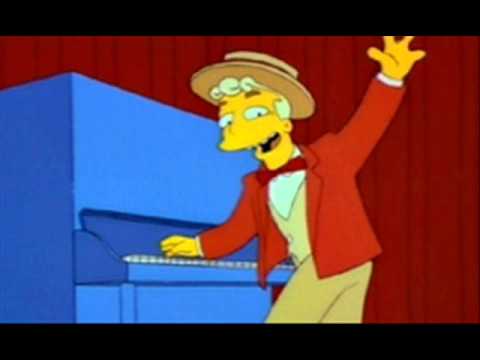 I’ve been waiting to see if the collapse of oil prices would mean that Nova Scotia Power would switch from burning natural gas to oil. The arrival of Nounou today suggests that it is.

After the Saturday morning Morning File, the Examiner website is typically inactive for the weekend, but I’ll have a couple of posts up later today.