This week, we speak with NSGEU president Jason MacLean about the McNeil government’s proclamation of Bill 148, which forces a contract on public servants. Halifax poet laureate Rebecca Thomas co-hosts this week’s show.

Last Monday, I reported that mail service had been disrupted to prisoners in provincial jails:

The delivery stoppage was “due to the possibility of a drug in a piece of mail, but it has since resumed,” said Gillis via email.

I’m told that a single piece of mail sent to the Northeast Nova Scotia Correctional Facility in New Glasgow contained Fentanyl, so therefore all mail to all prisoners across the province was stopped. I can’t yet confirm it, but I’m additionally told that mail delivery will now be weekly in prisons.

Letters from family and friends is necessary to maintain some connection to the outside world, which is important if we want prisoners to rebuild successful lives after they are released.

Ferris pointed out that because provincial jails house offenders from all over the region, mail is the only way for some inmates to communicate with their families.

“And so to withhold that from everybody, it seems punitive and arbitrary. It doesn’t seem right,” she said.

The society plans to send a letter to correctional services to say that withholding inmates’ mail shouldn’t happen again.

“A young Halifax woman who told Halifax Regional Police (HRP) she was raped says invasive questioning, and a dismissive attitude by officers, is leading her to make an official complaint after she was made to feel ‘violated’ all over again,” reports Haley Ryan for Metro.

Details of the woman’s allegations are at the link.

A police release on Saturday about an incident that occurred Friday evening:

At 8:50 p.m. on August 25, a 22-year-old man was walking on the Bedford Highway in the area of Seton Road when he was struck by a passing vehicle. The vehicle then left the scene of the collision.

The victim was treated at the hospital for non-life threatening injuries.

Police arrested and charged a 59-year-old man with failing to stop at the scene of an accident and impaired driving.

Seton Road is near Mount St. Vincent University. The release doesn’t give any more details about where the pedestrian was or how he was struck, so we can’t know exactly what happened.

But I’ve walked this area before and been frustrated: unless a pedestrian is going up into the university campus, there’s no clear path as to where to go. There’s no sidewalk on either side of the highway, but south of this point there’s a sidewalk on the west (inland) side of the highway, and not on the east (waterside) of the highway (the concrete pad in the photo above is just at the bus stop and doesn’t continue southward). Here’s the view from about two blocks south:

There’s a rough path on the east side of the highway, but it’s uneven and strewn with trash, while on the west side there’s a concrete sidewalk. All cues are for pedestrians to stay on the west side of the highway, but once past Seton Road that sidewalk disappears and is replaced with a steep grassy hill that’s nearly impossible to walk along, especially in the dark:

The effect is to funnel pedestrians right onto the highway, to walk along the curb through this one-block stretch of road, as the sidewalk picks up again on the other side of the university.

I don’t know that that’s what happened Friday night, but it wouldn’t surprise me. A sidewalk should be built along the highway on this block.

Naming controversies raise the question, not so much about why blacks or Indigenous peoples might object to our in-their-faces celebration of their oppressors, but why those of us who are neither black nor aboriginal use up so much oxygen and energy on these debates…

I do sometimes wonder if we fixate on these symbols of the past because it’s easier than fixing the everyday present for which we have to accept our own responsibility: ongoing racial profiling of blacks and natives, the abysmal mess we’ve made of dealing with First Nations peoples, etc., etc.

Perhaps if we gave up naming things after people, we could get on the important business at hand. Perhaps…

Click here to read, “Name? Un-name? How about no name?”

The official reason for firing [Bob] Bjerke makes no sense, so the public deserves a clear, transparent explanation for why it really happened.

A likely explanation is that Bjerke was willing to stand up to developers. I have heard for months Dubé has been trying to slow down the Centre Plan because developers complain it will be too restrictive on growth.

As best I can tell, either Dubé made this rash decision because he is ideologically opposed to firm rules on growth, or he is just reckless.

“One of the suggested reasons for Bjerke’s dismissal was his recommendation to Council to reject eight proposals that would require substantial changes to rules in the forthcoming Centre Plan,” notes Ecology Action Centre sustainable cities coordinator Jenny Lugar in an op-ed in The Coast:

Another was that developers were complaining about the slow processing speed for building approval (i.e. changing a land use bylaw that was in place for a reason, let’s call it what it is) within the Planning department. Ironically, Bjerke told AllNovaScotia that processing is faster now than it was even a year ago.

The third explanation, from the mouth of (this) horse, is that this is classic conservative Halifax nincompoopery. Someone progressive arrives with ideas for positive change, but as soon as a few powerful, moneyed citizens realize he’s not working for them exclusively, suddenly Halifax’s new sweetheart is an enemy of the bureaucrats, the cause of the problems and frankly, the one thing preventing the absolute reign of the development community to build 100 more Kingswoods — which make developers a lot of money but cause an ever-increasing tax bracket — among other incomplete communities.

With a bit of the uncritical boosterism we’ve come to expect from him, Chronicle Herald columnist Roger Taylor plugs Nova Scotia’s ports as the driver of our coming economic salvation because:

A Melford container terminal would become the closest North American port for ships travelling from Asia, via the Suez Canal, and Europe.

This is of course exactly why Nova Scotian ports are being bypassed in favour of other ports: being “closest to Europe” is a disadvantage, not an advantage, for our ports. As I’ve explained a thousand times: 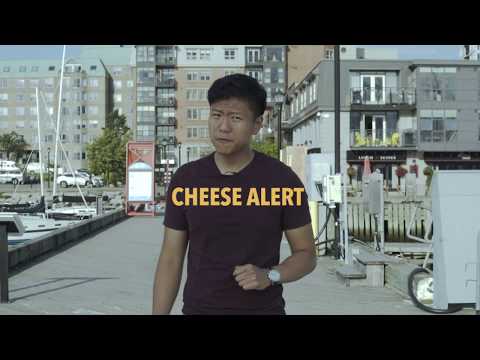 Melanoma and non-melanoma skin cancer are among the most common types of cancer in Switzerland. Risk factors include exposure to ultraviolet (UV) radiation. Recently, radon attached on particles deposited on the skin has been suggested as an additional risk factor. Exposure gradients in Switzerland are considerable due to large differences in altitude (UV increases with altitude) and in geology and soil type (with varying radon levels). This presentation will focus on our studies investigating the mutual effects of UV and radon exposure on skin cancer in Switzerland. To date we have investigated skin cancer mortality in the Swiss National Cohort; with radon exposure and erythemal-weighted UV dose modelled at address-level, 5.2 million adults, almost 3000 skin cancer deaths, and a mean-follow up of 7.8 years. Our results indicate that both radon and UV are risk factors for skin cancer. A better understanding of the role of the UV radiation and radon exposure for skin cancer is of high public health relevance.

I’m in meetings most of the day.