Michael Gorman takes a look at the provincial government’s decision to change the certification method for the Medway District forest in western Nova Scotia. The change puts the forest at risk, say environmentalists.

Chronicle Herald president Mark Lever failed to show at the “Game Changers” event at the Marriott Hotel yesterday. Lever “had been scheduled to hand out cash awards to three winners who entered 30-second videos of themselves in a ‘Pitch It!’ competition aimed at helping new university and community college graduates introduce themselves to Nova Scotia employers who might actually offer them a job,” reports Jennifer Henderson.

The Chronicle Herald was a sponsor of Game Changers. That drew the ire of striking Chronicle Herald newsroom employees, who picketed outside the hotel in order to draw attention to the pay cuts and staff reductions Lever has demanded of the newsroom union.

“[Lever] opted to bow out so as not to become a distraction for the event,” Ron Hanlon, CEO of Halifax Partnership, which organized the event, told Henderson.

But what about the aim of keeping young people in the province? In a second article, Henderson reveals that local companies are slow to take advantage of a 25 per cent wage subsidy offered to companies that hire new graduates:

The program is called Graduate to Opportunity. Statistics from the Advanced Education Dept show a very modest uptake on the part of the business community during the program’s first year. Ninety-eight new graduates have been offered full-time jobs paying a minimum of $30,000 a year, and another 41 are in the works. Only 126 companies or non-profits have been approved to receive the subsidy — not enough to put a dent in the 1,300 people under the age of 30 the Province exports each year.

Both articles are behind the Examiner’s paywall, and so available only to paid subscribers. Click here to purchase a subscription.

“Halifax’s Macdonald Bridge has reopened almost 4½ hours later than scheduled due to delays with the Big Lift,” reports the CBC, which for some reason wants to place the bridge in Halifax and not in DARTMOUTH (I gotta throw a bone to the sign-obsessed people every now and then):

Traffic started moving around 9:50 a.m. and all lanes are now open.

John Eppell, chief engineer with Halifax Harbour Bridges, described the delay as “a failure” and said the bridge wasn’t safe to open as planned at 5:30 a.m.

“We had to finish some work in order to make it safe,” he said. ​

I have sympathy for Eppell and the workers. The bridge reconstruction — it’s far more than a “redecking” — is a massive undertaking, and there must be a thousand details the crews have to get exactly right. If I were in charge, the two ends of the bridge wouldn’t align properly, and you’d have to make an S-turn right in the middle.

It’s clear that there’s no way they can complete the project in the promised 18 months. Seven months in, just seven of the 46 bridge segments have been replaced. At this rate, the project will be complete in June of 2019.

Speaking of signs, I was cc’ed on this hilarious exchange between  Dartmouth resident Robert Goodall and Bruce DeBaie, the communications director at City Hall:

Dartmouth Canal Greenway … Henry Findlay, that’s Findlay, not Finlay, was employed as lock-keeper to the Inland Navigation Company and its successor the Lake and River Navigation.

This sign was put up last week. Coincidentally enough, a hundred meters from the Sullivans Pond sign where the branding fiasco hit a flashpoint in May of 2015.

It was never before in history there … so it’s not a routine expense, and we’ll tell you something for free. From our research asking people face to face who live there in the community and have seen the sign. They are pissed.

What is wrong with the people at communications?

Thank you for sharing the background information and context below. We certainly became aware yesterday of the spelling error through various channels, and I personally appreciate that spelling someone’s name incorrectly can be quite offensive. We are now working to replace the sign with the correct spelling of “Findlay”. Please allow me to share with you some context on why it happened and why a new sign was installed.

The spelling error appears to exist in the source data in our GIS mapping database; thus the error was repeated on our website and other collateral. In a way, this more overt display of the misspelling has helped us correct the source information, and we will continue to examine the database to hopefully prevent future misspellings, although they will inevitably happen as part of human error. I’ve been advised that we have strict data change governance for our GIS as a result of past inaccuracies, and changes can only be made when confirmed in writing by the responsible individuals at the municipality (in this case, Parks management).

As to why the sign was installed in the first place, any municipal park that does not currently have signage will have new ones installed as part of any capital work associated with said park to improve public safety by prominently displaying the civic address in the event anyone needs to call 911, which needs a civic number to guide first responders.

As you can see in the photograph you attached, the correct civic address and community — 123 Hawthorne Street, Dartmouth — are prominently displayed directly underneath the (unfortunately incorrectly spelled) name of the park.

We apologize for any dismay this inaccuracy may have caused to residents, and I hope this message helps explain how it happened.

“An extensive search in Terence Bay, N.S., had ended after emergency officials found no signs of a reported plane crash by a concerned resident Tuesday evening,” reports CTV:

The Halifax Regional Fire department says they received the 911 call at 6:09 p.m. on Tuesday. The call prompted the start of a joint search by the fire department, Halifax RCMP, the Joint Rescue Coordination Centre, and the Coast Guard.

The Twitterverse quickly assumed the call was a hoax, but CTV identified the guy who called it in, who seems sincere:

Tim Slaunwhite made the call to police. He describes what he saw in the sky as “jaw-dropping.”

But Slaunwhite is convinced of what he saw.

“To me it had to be a passenger plane,” said Slaunwhite. “From smoke trail to fire to descending to the water, you just, thoughts go through your mind — you know, nothing good.”

Local Xpress, the publication produced by striking Chronicle Herald newsroom employees, is profiling its members. The first is by Liane Heller, who relates union president Ingrid Bulmer’s heart-wrenching story of tragedy and perseverance.

Your recent article on P3 schools in the county leaves one with the impression that P3s (private public partnerships to build and maintain public services such as schools, hospitals and water utilities) are a good thing. Not necessarily.

P3s may be good for the shareholders of the corporations involved but a string of P3 disasters worldwide have shown that they’re not so good for the public. (Politicians tend to like them because they make it appear as if public spending and deficits are lower than they actually are.) Besides losing control over an essential public service, the public sometimes ends up paying more for that service with a P3 than they would have had it remained in public hands.

Two examples: An estimated more than $300 million in tolls were produced on the Cobequid Pass for a deal in which private financiers put up $66 million. The Nova Scotia government is paying an effective interest rate of 10 per cent for 30 years, twice its rate of borrowing. The city of Hamilton had to take back its water and wastewater services after one owner after another, including an Enron subsidiary, created a financial mess of the P3, including a raw sewage spill that had to be cleaned up at public expense. This has become so common with water and wastewater services that it has spawned a new word: remunicipalisation. Just in the last 15 years, there have been at least 180 cases of water remunicipalisation in 35 countries.

Something to think about as the Department of Education considers building another school in Belle Côte.

Public Accounts (9am, Province House) — Murray Coolican, deputy minister of the Department of Business, and Martha Stevens, the acting CEO of Tourism Nova Scotia, will be questioned about the procurement of advertising agencies.

A subtraction game is played by two players, who alternately remove tokens from a set of stacks of tokens according to the rules specified in the move set M. A new game M* is created by making these P-positions the moves of the new game. Re-interpreting P-positions as moves is possible because for subtraction games, the structure of positions and moves is the same. We will show that the misÃ¨re â˜…-operator converges to a limit game, exhibit the structure of these games in one and two dimensions (play on one or two stacks), and characterize the limit game via features of the original game.

Indigenous Health and Western Medicine (6:30pm, Halifax Central Library) — “This panel discussion, hosted by Dalhousie’s Indigenous Health Interest Group, will examine how to best bridge traditional Indigenous practices & knowledge with Western medicine within the context of the Canadian health care system,” organizer Sonya Swift tells me. “The diversity of the panel will inform this discussion through various lenses – administrative, clinical and academic.”:

Keynote Speaker:
Dr. Doris Mitchell is currently a full time family physician in a small rural community in Northern Ontario where she provides primary care, emergency and hospital care. She also works in two First Nations communities, one of which is her own First Nation community.

Panelists include:
Cheyenne Mary – Cheyenne is a member of Bear River First Nation, NS. Cheyenne is a registered nurse and has worked in Atlantic Canada’s Indigenous communities as well as working federally with Health Canada as the regional maternal-child health nurse. She is currently a professor at UNB.
Dr. Chris Bourdon – Dr. Bourdon is a practicing physician and Chief of Staff at the Health Sciences North Emergency Department (ED) (Sudbury, ON). He is also an Assistant Professor of Emergency Medicine for the Northern Ontario School of Medicine. Dr. Bourdon has a variety of experiences working with Indigenous populations in both Northern Manitoba and Ontario. 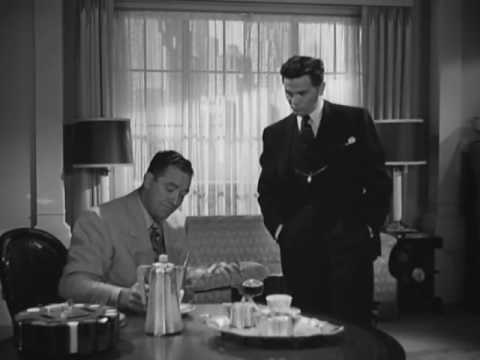 Force of Evil (8pm, Dalhousie Art Gallery) — a screening of the 1948 film directed by Abraham Polonsky.