Skip to content
Home » Uncategorized » How can we miss you if you won’t stay away? Morning File, Wednesday, April 8, 2015

This morning the Chronicle Herald has a short article about Origin BioMed, giving a cursory report on some of the documents filed with the court. This part jumped out at me:

The bulk of that unsecured debt, about $2.8 million, is owed to the Atlantic Canada Opportunities Agency.

You can read my three-part series on Origin BioMed here:
Part 1
Part 2
Part 3

Finance minister Diana Whalen tried to dial back concerns that the Liberals are going to cut the film subsidy, reports the CBC:

“I don’t think that it’s good even for the industry to be so, I guess, so worried,” Diana Whalen said. “It’s important that we now know that we have the door open. We will be talking and there’s going to be a tomorrow, let me put it that way.”

Part of the problem around this issue is the use of the term “film tax credit,” which muddies the rhetoric. The “tax credit” is, in fact, a straight-up subsidy.

Asked about the film tax credit, here’s how Thomas Storring, the provincial director of Economics and Statistics, explained it to the legislature’s Economic Development Committee last year:

Indeed the accounting standards around this are changing and I believe — I’m just going to pull out our Budget Assumptions and Schedules document — the standard is now saying that these – again, forgive my jargon here – we call these tax expenditures, that we are actually supposed to be reporting tax expenditures separately and not actually taking them as a net from the revenues that are earned. I’m not sure of our exact treatment of it here, but we do actually report them separately.

To get back to the comment just in general about tax credits — when you talk about tax credits, in one sense you can say that they reduce a tax liability, and if a tax liability constitutes a distortion in economic activity then they have reduced the overall level of distortion, but at the same time they are introducing a further wedge in the price signal to say the difference between non-credited activities and credited activities and the tax itself.

So it’s really difficult to unpack that relative scale of distortion. I don’t want to speak specifically about the Film Industry Tax Credit itself just because I’m not fully acquainted with the particular economic dimensions of that industry and its tax treatment.

I think what’s happened is that the provincial economist told the legislature that the film tax credit has been accounted for incorrectly, and realization of that fact perforated down into Laurel Broten’s tax report, and so we’re likely see a reformatted accounting for it.

Not just for better accounting, but also for better public understanding, the tax credit should be recharacterized as a film subsidy, or a grant. That’d be more honest, anyway. Calling it a subsidy doesn’t mean that the level of the subsidy should change — in fact, later in the same discussion at the Economic Development Committee, NDP MLA Lenore Zann, herself a former actor, made the case for the continuation of the subsidy:

ZANN: Would you say though in particular with the film and television tax credits, it’s also about economic spinoff, which I believe that most economists don’t really pay much attention to – they just pay attention to the bottom line of how much is going out, is that correct

STORRING: Oh no, that’s our jargon. We pay a lot of attention to that.

ZANN: So do you pay attention to the economic spinoff then that these industries create in a province?

ZANN: But the film and television credit, as you know, has been part of our system for some time now. Would you say that would also be an industry that could attract more people to our province – as well as, for instance, the shipbuilding contracts – if there is, in fact, more investment in that kind of knowledge-based economy?

ZANN: I’m just looking at some of these statistics here again from KPMG. Digital entertainment for Canada is 76.2 per cent and in the United States it’s 100 per cent. I’m thinking that video game production, software design . . .

Unfortunately, Joachim Stroink, the chair of the committee, ended the meeting at that very moment, with Zann in mid-sentence, so the committee didn’t get into a deeper discussion of the tradeoff between the film subsidy and the economic benefits it brings.

We’re having that discussion now.

Former Halifax mayor Peter Kelly was in town over the Easter weekend and announced he is considering running again for the mayoralty in 2016.

People seem to want me to talk about Kelly, but I don’t have anything much or insightful to say. I’m still exhausted from writing this.

A fire at an apartment building on Robie Street yesterday presented difficulties, reports the CBC:

The situation was complicated because crews had to run hose for more than one-block as fire hydrants closer to the building were unused, many of which remained buried in ice and snow.

Fortunately, the fire was contained. But how is it possible that it’s well into April and fire hydrants are still buried?

Migratory birds are starving to death, as the fields are covered with snow.

The journalism world is now rocked by the scandal of Rolling Stone magazine’s “A Rape on Campus” article, written by reporter Sabrina Rubin Erdely. Erdely uncritically accepted the story of “Jackie,” who claimed she had been gang-raped in a University of Virginia fraternity. A Columbia School of Journalism review of the story found that:

Rolling Stone‘s repudiation of the main narrative in “A Rape on Campus” is a story of journalistic failure that was avoidable. The failure encompassed reporting, editing, editorial supervision and fact-checking. The magazine set aside or rationalized as unnecessary essential practices of reporting that, if pursued, would likely have led the magazine’s editors to reconsider publishing Jackie’s narrative so prominently, if at all. The published story glossed over the gaps in the magazine’s reporting by using pseudonyms and by failing to state where important information had come from.

Especially with a big story making serious allegations, reporters have got to stick to old school journalistic basics: verifiable facts; fully investigating a source’s allegations; disclosure of missing or contradictory information to readers; giving people accused of wrong-doing the opportunity to present their side of the story; and a strong reluctance to use anonymous or pseudonymous sources. Rolling Stone got it wrong on all counts.

In the context of the failed Rolling Stone piece, Chronicle Herald columnist and UNB Fredericton journalism prof Jan Wong is to be congratulated for stewarding her students through an intense project they call “The Fog of Rape: Normalizing a Campus Crime,” a 13-part series published in the New Brunswick Beacon, the class newspaper.

In her column, Wong shows how she and the students got the details and the process right. In the future, journalism schools should contrast the two rape stories — Rolling Stone’s and The Beacon’s — as a lesson in bad and good journalism, respectively.

I made my way into Halifax on a lovely, sunny day to see the new library….

What greeted me? White walls, white staircases, white, white — as if the snow fields I had passed had been pressed into service to remind me that it was winter in Halifax, 2015.

Oh, I thought, “Those clever modern architects! Who would have thought to do that?”

As I made my way up white block staircases, I stopped to take it all in and exclaimed to myself: “A reading place in the heart of our lovely city with all the warmth of a walk-in freezer!”

Not a single piece of wood to soften the harsh lines of white staircases or to warmly tell me I was welcome. When I retrieved the book I was looking for, I pulled out a chair to browse through it.

The harsh noise of iron footings on the concrete floor caused by moving the chair was, I am sure, heard all the way to Sackville.

As for the exterior, patrons should be warned that those blocks overhanging the sidewalks are not books. They are Corn Flakes boxes.

That’s why they don’t look like books. After all, architects don’t need books; they play with Corn Flakes boxes.

Don’t believe me? Take a look at those new apartment buildings or the residences on SMU’s campus. To the library board I say: “Pudeat te.” (Shame on you!)

Special Events Advisory Committee (9am, City Hall)—just an orientation for new members of the committee, no other business. 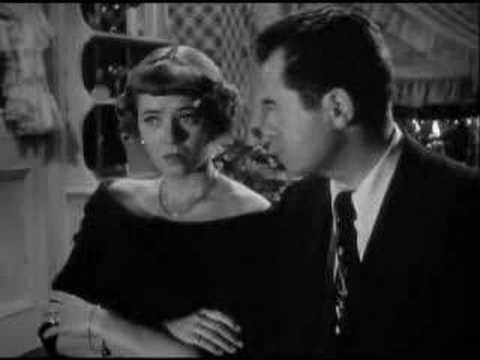 I’m playing with the notion of the “permalinks” in the “News” section of today’s Morning File — clicking on them brings you to a URL that leads directly to each story, which may be useful for sharing purposes. What do you think: worthwhile, or too much clutter? If readers like them, I’ll extend it to the rest of Morning File; if not, I’ll ditch them.