The two Halifax-area evacuations Tuesday—in Cole Harbour and Grand Desert—took a weird turn yesterday morning when Ottawa police evacuated the entire Chimo Hotel and arrested Christopher Phillips, a man with a history of mental illness and, apparently, with access to the heavy metal osmium and osmium tetroxide. Dangerous chemicals were found at both sites in Halifax, but not at the Chimo. The Grand Desert neighbourhood remains evacuated as a bomb squad deals with the site.

Auditor General Larry Munroe released his long-anticipated report on the Washmill underpass fiasco yesterday. It runs 129 pages and has hundreds of new details. He found that so far, $17 million has been spent on the project, which depending on which set of numbers you use, is either $7 million or $11 million over budget.

Just before Munroe released the report, I published the results of an investigation into the property holdings on the eastern side of the underpass. (This article is behind the Examiner’s pay wall and so available only to paid subscribers. To purchase a subscription, click here.)

I found that after construction of the underpass was included in the federal government’s 2009 economic stimulus package, Clayton Developments processed two subdivision maps and sold off 35 acres of land near the underpass. The sale price for 25 of those acres exceeded $12 million; we don’t know the price of the remaining 12 acres. The underpass increased the potential for development on the Clayton land because with the underpass that land was just a short walk or drive from the employment centres in the Bayers Lake Industrial Park on the other side of Highway 102. The Clayton land was sold to other developers, who have since built, or are building, a row of apartment blocks leading up to the underpass.

I wrote about the land sales before I had access to Munroe’s report, so I didn’t know the extent of Clayton’s lobbying at City Hall and its efforts to rush construction of the underpass. Clayton’s role in the scandal is much deeper than I had realized.

Frustratingly, Munroe’s report does not name people directly. But I’ve been following the issue from the start, can put names to the characters involved, and provide still more detail. Rather than rush something out, however, I’ll give this the time and attention it deserves; I’ll have something in the next day or so.

The lawyers for Dalhousie Dental School student Ryan Millet held a press conference yesterday and claimed that Millet is being disciplined for “liking” a single photo posted on the Class of DDS 2015 Gentlemen Facebook page. The photo, taken from a humour website, shows a woman in shorts sitting on stone steps above a sign that says “public entrance.” Parker Donham published the photo here.

Besides the issues involved directly with the Facebook page, the lawyers mentioned that Millet has racked up $400,000 in student loans, which goes a long way to explaining both Millet’s and the university’s high-powered legal and PR strategies.

The 81-year-old man who was struck by a minivan on January 9 while walking across Wyse Road near the Sobeys store has died.

5. Look what we found

Somebody was rooting around in the couch cushions at King’s College and found a couple of million dollars. “A recent audit has unexpectedly discovered $2,228,000 in an account that had been collecting interest for decades,” reports UNews’ Erin Way.

The university is $1.3 million in debt, but the newly discovered money can’t much help. “While this is good news, our task to save and rejuvenate the College is still a large and largely undiminished one, and we are proceeding as planned,” wrote King’s VP Kim Kierans in an update on the fiscal situation at the school.

The goal is to cut profs’ pay and attract dumber students willing to pay higher tuition, and the university administration isn’t going to let a couple million dollars get in the way of that.

James Dorsey, the labour arbitrator hired to rule on the McNeil government’s legislation to rework how it deals with unionized nurses, has disappointed both the government and the unions, says Graham Steele:

Jim Dorsey’s ruling is 192 pages and 632 paragraphs long. It is not especially well-written, even rambling in parts, with more typos than you would expect from a guy being paid $275 per hour.

I was with a group of reporters when they got the decision, and we did what reporters (and lawyers) always do: we flipped to the back page to see the bottom line. There wasn’t one. We kept flipping, looking for something resembling a decision. We never found it.

Reading between the lines, his essential message to the McNeil government is that he sees what they’re trying to do—assign all nurses to the Nova Scotia Nurses Union, and give the NSGEU a kick in the pants—and he won’t let them do it.

His essential message to the unions is that they aren’t being nearly creative enough.

It’s almost like Dorsey’s still mediating, even though the mediation phase is supposed to be over.

While looking for the roundhouse that was once on Kempt Road, Peter Ziobrowski “stumbled upon” this planning map for the Robie Street Extension. He promises us a more extensive post about “what was lost for this alignment.” Further, he notes that “Kempt Road ran through the current Esso/Tim Hortons site, and joined Robie in front of the CTV Building.”

I assume the roundhouse he’s talking about is associated with the railroad yard that’s on the south side of Kempt on the map, opposite Stanley Road.

While I love that my Love got into The Coast this past week, I did not Love that it got filed as a Bitch (“Decent cop,” Love The Way We Bitch/Love by Drove Responsibly The Rest of The Way, January 15). Maybe it was my button-pushing, maybe it’s hard to think of police and love in the same sentence, but I wanted Decent Cop to know the post was meant to have a heart on it. —Still Driving Responsibly, Halifax

Crosswalk Safety Advisory Committee (10am, City Hall)—here’s the agenda. The stats in the information item are dated; I’ve published more recent stats here, so I’m not sure why the committee is getting stale info.

Transportation Standing Committee (1pm, City Hall)—councillor Waye Mason wants a staff report on “the mitigation of development and construction impacts on neighbouring businesses, residents, and pedestrians.” We’ve all come across those construction sites that block sidewalks mid-block and the confusing signs on the crosswalks on both sides of the street directing us to “use other side.”

On this day in 1862, the Halifax Club was founded, with its first meeting at the offices of Robert Uniacke. It’s been unfettered mucky muckdom ever since.

Here’s what happens at the Club’s exclusive meetings: 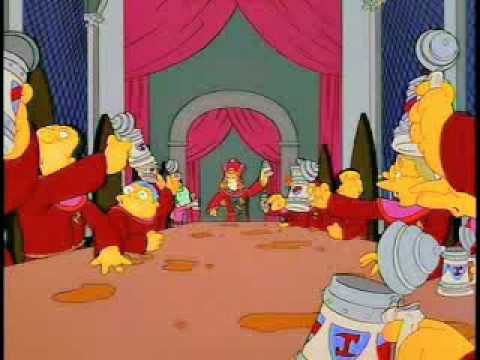 In the latest in our ongoing “Local Boosterism Run Amok” series, consider that the city of Boston has made it contractually illegal for city employees to speak negatively about that city’s Olympic bid, the International Olympic Committee, or the Olympic games. Deadspin’s Barry Petchesky reports that the contract between Boston and the United States Olympic Committee “goes further than merely barring workers from bashing the games; it requires that they actively ‘promote’ the whole damn thing ‘in a positive manner.’”

I assume the Boston Olympic bid committee is filled with the same sort of self-important clowns that made up Halifax’s Commonwealth Games bid committee, and like the Halifax group, the Boston Committee will go over-budget, spend government money on their own businesses, and generally make a mockery of the enterprise.

I tried yesterday to get a #BostonOlympicsSuck hashtag going on Twitter, but none of the bots that follow me joined in. Or maybe the bots are contractually prohibited from joining in.