1. More on the education battle

• The work-to-rule job action is resulting in cancelled school bookings for artistic productions around the province, reports Katy Parsons for the CBC, resulting in financial difficulties for arts organizations:

The contract dispute has meant cancellations and empty seats for other school theatrical performances, such as Eastern Front Theatre’s Dickens’ A Christmas Carol.

Artistic producer Jeremy Webb said one school had booked the entire Neptune Theatre for a performance on December 14th. He’s now trying to refill those 180 seats.

Update, Thursday morning: The above comment was just stupid on my part. Eastern Front is not the Neptune.

It’s really not helping matters when a major pollster — who is supposed to be in the business of selling truth and facts — makes false statements such as the one he made to Sheldon today that “public sector wage settlements have been outstripping those in the private sector.”

This is patently false. It may be what our premier and Karen Casey would like Nova Scotians to believe, but it is simply not true.

McCracken links to a chart produced by the federal Department of Labour comparing union agreements with private companies and union agreements in the public sector. (See the whole chart here.) The relevant numbers are the wage increases each year, as follows:

• Students for Teachers are embarking on a “mini campaign” on social media:

Students, starting tomorrow, we are asking that you take a picture with your teacher(s) and post it in this group and on Twitter/Instagram using #family. This can be a picture of just you & a teacher, your friends & a teacher, your class & your teacher, a picture with a few of your teachers, etc etc etc. (Just ensure you are respecting the rules of Work to Rule). Caption it with why this teacher(s) has made such a big impact on your life, how much they mean to you, and be sure to use #family & #students4teachers in the posts. We hope this shows the NS government how much our teachers go above & beyond for their students, and that our bond will not be broken – we will not stop fighting alongside them for better working and learning conditions in our schools. More importantly, we hope it shows teachers how much we love them, how much they mean to us, and how much we support them throughout this stressful & emotional time.

• “After asserting the Fire Marshall deemed a planned teachers’ job action unsafe and despite no evidence to the contrary, Liberal MLA Iain Rankin is being accused of “making stuff up” by the opposition,” reports Andrew Pinsent for News 95.7.

A press release from the premier’s office yesterday:

Diana Whalen will take a brief leave from her cabinet duties as justice minister and attorney general, and deputy premier, after being hospitalized on Monday, Dec. 5.

Ms. Whalen is expected to make a full recovery.

While Ms. Whalen is on leave, Energy Minister Michel Samson will be the acting justice minister and attorney general, and deputy premier.

The last few days must have been a very stressful day for all cabinet ministers. Whalen didn’t appear at Province House Monday. The Canadian Press reports that Whalen suffered a heart attack.

Council voted 16-1 in favour of the development, with only Coun. Steve Streatch voting against it.

“I looked at that picture, and I didn’t like it,” he said.

I don’t like that picture either, because it doesn’t reflect reality. Let’s compare the architectural rendering of the proposal (top) to the Google Street View image of the existing house and environs (bottom):

Now let’s play a game of Spot the Difference:

• the architect envisions a rare sunny day, with a blue, blue sky not seen in Halifax since the day after creation, and where the trees from the Government House yard across the street cast shadows three-quarters of the way across Hollis Street but the street trees on the east side of the street cast no shadows at all;

• speaking of street trees, there are currently no such trees, so if the developer is proposing them, he should pay for them;

• the architect also fails to show the telephone pole and wires, so apparently the developer is also going to pay for under-grounding the utilities on Hollis Street;

• the architect places two buildings that do not exist on either side of the house. On the plans for the proposal that was approved last night, the buildings are labeled “future development by Halkirk Properties,” but so far as I know, such developments have been neither proposed nor approved. So those fictional buildings serve to (falsely) reduce the visual impact of the proposed addition;

• the newly created fictional buildings and the real existing buildings have no identity of their own — no doors, windows, steps, dormers or roof shingles — and are simply white blocks. Were there actual white blocks on the street, anything at all — garbage dump, billboards, flashing airport beacon lights — would be an improvement to the street, and so the weirdly cantilevering structure looming over the house gets a pass;

• one of those non-descript white blocks that represents a building that doesn’t exist is see-through;

• did I mention the blue sky?

The Albertan government has agreed to conduct a “municipal inspection” of Westlock County, reports Olivia Bako for the Westlock News:

Although [County reeve Don Savage] didn’t know when the inspection will start, he said that he looked forward to getting the matter settled and laid the cause on former CAO Peter Kelly, Charlottetown’s current chief administrator.

“Peter was the instigator of it,” Savage said. “He’s the one that created the thing there with Horizon. And really, all of us are still in the dark. We have no idea what went on there. Peter had a month there and apparently he shredded a lot of paper, so it’s something they’ve got to get into it and then the information will start coming out, I hope.”

Trouble bubbled up during Kelly’s stint as CAO from Sept. 2014 to Feb. 2016, during which he approved more than $375,863 worth of work to prepare an eight-acre industrial park belonging to Horizon North without council’s approval.

Under Section 248(2) of the MGA, council approval is required for any expenditure of a non-budgeted amount of $10,000 or greater.

About three months after Kelly stepped down after his contract expired, council learned June 14 that it was on the hook for over $202,000 for funds they wouldn’t recover from the Horizon North deal.

County expenses on the site, including recent improvements and original development costs totalled $465,000, while current market value of the site was assessed at $263,000. Council was forced to write-off the difference.

In August, the News reported that an eight-page legal opinion from Reynolds, Mirth, Richards and Farmer Barristers and Solicitors dated June 13 found Kelly had breached his duties as administrator and was liable for damages.

Breaches included selling the lots for below market value, expending unbudgeted funds, withholding information from council, continuing to deal with Horizon North after his tenure as CAO and failing to maintain appropriate paperwork.

I published the legal opinion on August 2. The review is expected to take nine months.

The IMP sets a clear tone for transit, basically that we need to allot space and traffic priority for buses on our streets. The plan documents map out a network of transit priority corridors criss-crossing the centre, then reaching out to Bedford, Burnside, Main Street Dartmouth, Portland Hills, Woodside, Armdale, and Clayton Park. The measures put in place along these corridors would vary from added turning lanes, to special advance signals for buses, to fully dedicated transit lanes.

What’s not included, so far, is a timeline to achieve all this. Will we be getting these buses out of traffic in the next five years? Or will we take our sweet time and aim for 15?

Wouldn’t you think that we had enough qualified people here to serve as Eastlink employees?

I phoned Eastlink for assistance and the responder was a person living in Kingston, Jamaica. I find the world gets more bizarre.

Audit & Finance (10am, City Hall) — mostly, the committee is just getting up and running after the recent council elections. Also, $25,000 for the Army Museum.

Centre Plan exemptions (12pm and 6pm, Atlantic Hotel, Halifax) — The Centre Plan is going to be awesome! Therefore, we’re going to exempt 19 properties and a bunch of gigantic buildings from it.

Environment & Sustainability Standing (1pm, City Hall) — this committee, too, is just getting up and running.

Sorry to do this to you: 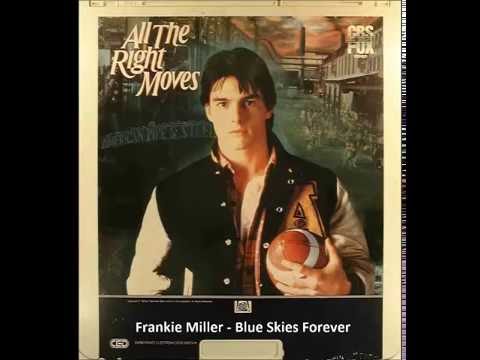