After he was charged with sexual assault and then for repeatedly violating the conditions of his release, Halifax cop Chris Mosher was fired last year by the Halifax police department. But Mosher has successfully appealed his firing, and has received a cash payout from the city and a new job working with either the city’s […]

This week we’re excited to welcome noted journalist and author (and semi-regular Halifax Examiner contributor) Evelyn White. She talks about a career that includes a stretch at the San Francisco Chronicle and her time as Alice Walker’s biographer. We also speak with NSCC journalism instructor Erin Moore and student Kristen Brown about the program’s groundbreaking investigation into […] 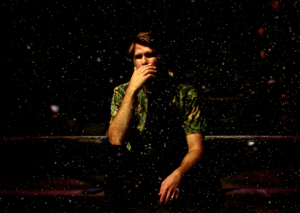 Episode #34 of The Tideline, with Tara Thorne is published.

Tara Thorne chats with Adam Warren. The former leader of Glory Glory has spent the past few years building out his name as a go-to producer in the city while also meticulously crafting his debut solo project, waants — thoughtful and reflective pop music with lots of room for dancing. With his debut album Love U Forever due out mid-July, Warren gives us a preview of its offerings, discusses the long period of questioning his life choices from which it emerged, and what his favourite Vampire Weekend record is (it’s Tara’s too). Listen to the full episode here.

The Tideline is free to listen. Check out some of the past episodes here.