You are here: Home / Featured / Without a stronger government response, Main Street businesses will be decimated by the pandemic 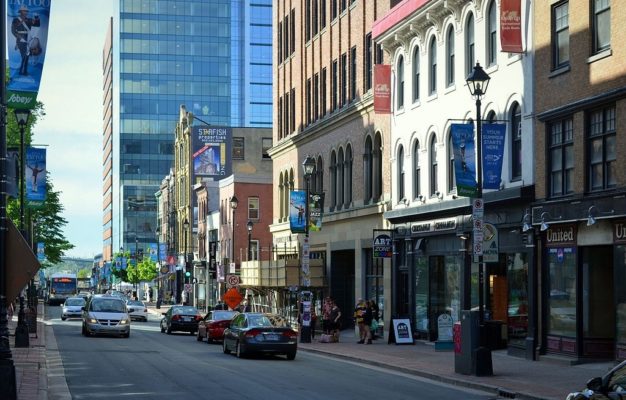 Small businesses are big business in Nova Scotia. First, there’s plenty of them. According to Statistics Canada’s Canadian Business Counts, in December 2019 there were 31,524 businesses with between one and 99 employees in Nova Scotia.

Second, they employ a pretty big chunk of the population. Again, Stats Can tells us that in 2018, 69.8% of Canadian private sector employment was in small businesses. In Nova Scotia, the share was even higher, at 75.5%, or about 213,000 jobs.

About half of the businesses in this “small” category (around 17,281 of them in December 2019) are actually micro-enterprises, with only one to four employees. Another third (around 10,543 businesses) have from five to 19 employees.

It turns out that tiniest players in the economy make up a pretty big chunk of it, in sheer numbers. And while they’re at it, they also make up a large part of the character of our local economies.

“Most of the storefronts in downtown Dartmouth would be proprietors that might have two or three employees,” says Tim Rissesco of the Downtown Dartmouth Business Commission. “We have very few chains or multi-national or national companies.”

These small shops and services make up the character of downtown Dartmouth, says Rissesco. “The shopkeepers live in the area. They’re heavily invested in the area through their business lives.”

Over on Barrington Street in Halifax, Mimi Fautley (who, full disclosure, is a friend of mine) echoes Rissesco’s point. It’s ground level retail of all types, says Fautley, even including corner stores and pizza joints, that “provide a texture that is essential to a town or a city.” Fautley has seen the street in many “outfits” over her 15 years operating The Loop on Barrington, from tumbleweeds to construction zone. In the past few years, though, the street has been filling in, and that, says Fautley, “has a direct impact on the quality of life of people.”

Which is why it will be especially painful for all of us if the COVID-19 shutdown ends up decimating small shops and businesses.

Mike Berne is a retail planning and real estate consultant who visited Halifax last year to speak at the Art of City Building conference in September. Via email from somewhere on the west coast (“far away from the density of New York City,” where he’s based), Berne shared some insights on what the COVID-19 shutdown might mean for main street shops and small businesses.

After a “very sharp” short term hit on retail sales Berne expects a retail rebound later in the year (with the caveats you might expect when talking about the unprecedented response to a worldwide pandemic). But, he writes, “the area of greater concern is on the tenant side: how many will be able to hold on and stay afloat amidst the brutality of the next few months?… And as for small businesses that dominate our Downtown and Main Street districts, there’s no way to sugarcoat it: we could be looking at very high levels of storefront vacancy in the near term.”

“If [Dartmouth’s shopkeepers] don’t survive,” worries Rissesco, “the recovery will take that much longer for places like downtown Dartmouth.” 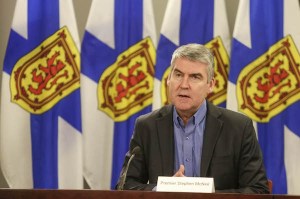 But the program is still limited to only those businesses which have been ordered closed by the government. Plenty of stores, like Fautley’s yarn shop, could still legally be open, but Fautley decided the rules of social distancing were too onerous to allow her to conduct her style of business. Not to mention that every Nova Scotian has been ordered to stay home, and only go out for essentials or exercise.

However, even for businesses who qualify, the rent deferral program is problematic, because, well, it’s just a deferral.

The rent deferral program essentially creates debt for small businesses, owed to their landlord, and due within their lease term. The government’s role is to pony up $5 million as a kind of insurance pool for those landlords, so that if their tenants default on their back rent, the landlord would get compensated up to $15,000 per tenant, and up to $50,000 per landlord.

And the program doesn’t necessarily cover all lease costs, because it applies only to base rent, and many commercial leases include costs like insurance, repairs and administration over and above base rent.

“I’m very concerned,” says Rissesco, “that [Dartmouth’s micro-businesses] all end this with two or three months of rent debt, and it will kneecap them going forward into the recovery. And that’s not what we want to see. We want to be able to recover and catch the momentum that we had and continue on.”

“To load people with this onerous burden of debt,” says Fautley, “so that they can simply not walk away from their businesses right now — and then to guarantee that loan to the landlord rather than subsidizing the loan from the tenants end — is deeply insulting.”

On Thursday, Premier McNeil made this announcement at the daily Nova Scotia press briefing:

We also recognize that so many of our small businesses have either been forced to shut down or substantially curtail operations due to public health orders. We know they need help now. That’s why we’re also announcing a $20 million fund called Small Business Impact Grant. Eligible small businesses will receive a grant of 15% of their gross revenues, either from April 2019, or February 2020, up to a maximum of $5,000. This flexible, one time, upfront grant can be used for any purpose.

The grant will be administered by Dalhousie University faculty and students.

The details have yet to be announced. The big question is: Who will qualify? Will the Small Business Impact Grant have the same qualifying factors as the rent deferral program? If so, many retail shops not currently under direct shutdown order will not qualify.

Will this be enough to make a dent in what small businesses are on the hook for? A grant (as opposed to landlord loan) program is in line with what both Rissesco and Fautley considered the most practical for seeing small businesses through the shutdown. But a one time payment of only 15% of monthly sales, so the equivalent of what most businesses collect in HST, may not be enough.

There may be more…

One thing that’s become clear over the past few weeks is that the policy solutions to the COVID-19 shutdown are far from set in stone, and can change in a matter of days. Rissesco says that on his conference calls with fellow business improvement colleagues, they are calling it, “policy making in real time.”

The sense that I’m getting from the government of Nova Scotia and the federal government, although we’re a little bit more removed, is that they are listening. So you know, the conversations that are on Twitter and the conversations that businesses have with their [business improvement districts] or their business associations, we are feeding that into the centre and they’re doing their best to make these changes.

Fautley shares some of that hope.  The fact that government is changing and tweaking policies, she says, is “a major political change.” And the sudden, collective nature of the crisis really makes it different than your average economic downturn or recession.

Anyone who’s had a business that has struggled knows the feeling of facing that struggle alone. And it’s really alienating. It’s really isolating. There’s a certain kind of gnawing anxiety and sleeplessness that comes from, you know, being alone with your struggling business. And this is not that.  This is a really different feeling.

There really is a kind of Ayn Rand side to capitalism that has really permeated our culture. It’s like, well, you just didn’t make it, kid. You gave it a go and it just didn’t work out. This is not that, right? This is like, well, you tried, but then there was a worldwide pandemic and no one could leave their house.

On the other hand, Fautley worries that policies are focussing on small portions of a much larger problem, which will have repercussions well into the future, particularly if it ends up effectively shutting down Nova Scotia’s entire tourism season.

“At this point, you know, it changes from one day to the next and one week to the next. Right now,” says Fautley, “it’s taking all of my energy to run what there is of my business.”