You are here: Home / Commentary / Why “Corporate Social Responsibility” Is a Crock

The corporate responsibility, says Larry Haiven, is to pay taxes.

Back when I was in the MBA program at the University of Alberta in 1984, a wily professor put the cat among the pigeons. He asked us students to consider whether corporations should forget about charity and good works and simply…pay their taxes.

Businesses, he argued, were good at making money, not social welfare. The difficult decisions on which groups of needy citizens, domestic and foreign, to help out should best be left to elected officials (who could be turfed at the next election if we didn’t like their actions.) And, in the field of making life better for those in great need, governments employ people who actually know what they are doing. As I recall, the suggestion met with considerable support among my fellow business students. We were a pretty perceptive bunch back then. 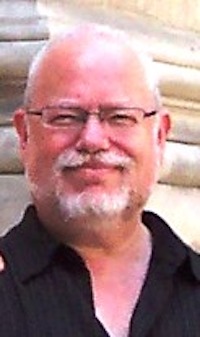 What a long way we`ve come since. Now business schools fall over themselves vying for kudos in teaching “corporate social responsibility.” And corporations have nearly all jumped on the bandwagon.

I’m sorry to rain on parade, but I think we had it right 30 years ago.

Another thing dates back to the mid-1980s. The slashing of corporate tax rates. And that has made all the difference.

In 1984, the very year I was in B-School, the federal corporate income tax rate was 47.6 percent. Today it is 15 percent. The greatest cut occurred in 2000, when it dropped from 29.1 percent to the current rate. The Canadian Centre for Policy Alternatives’ Alternative Federal Budget estimates, very conservatively, that every percentage point increase in the general corporate tax rate would net the federal government $1.4 billion. (This takes into account tax shifting and economic and behavioural responses.) From that figure, another conservative estimate is that, by cutting corporate income taxes in all those years, the federal government has foregone about $400 billion in revenues.

And that’s just the federal government. The provinces, too, charge corporate income tax on top of the federal and most have cut those rates in the past decades. It’s not going too far out on a limb to suggest that governments, federal and provincial, across the country may have given up over half a trillion dollars in revenue from those tax holidays.

Now, let’s consider how much money all of the corporations in Canada have spent in “corporate social responsibility” over the same period. That is a very difficult calculation to make. But corporations would have to be spending at least 10 percent of their profits on those good works to even come close to how much they have gained in tax cut largesse. Imagine Canada, the non-profit promoter of corporate giving, estimates that the median contribution among larger corporations to “community investment initiatives” is one percent of profits.

Accordingly, we can be safe in concluding that the amounts that corporations are spending on “corporate social responsibility” are but an infinitesimal part of what they have saved in corporate taxes. And that doesn`t include at all the billions that the rich have saved in personal income taxes.

What could governments have achieved with only a small portion of those taxes foregone? A lot of “social responsibility,” that’s for sure. How about smaller classroom sizes, help for indigent families, a national pharmacare program, more generous foreign aid, and swimming pools, rinks, parks, and playgrounds? In short, all of the things that Canadian governments say they can now not afford to, and that Canadian businesses don’t even come close to, provide.

Larry Haiven is a professor in the Department of Management at Saint Mary’s University.