As a prominent developer of major commercial and residential buildings, [Scott] McCrea’s Armour Group stands to benefit from PC government decisions around business, taxation, and housing. Does the Premier-designate acknowledge there may be the potential for conflict of interest in allowing Mr. McCrea to influence decisions about who will be the Ministers responsible for these portfolios?

Scott McCrea is a successful businessman. He and his family are free to back any politician they like. The question being raised is not whether money talks but rather how closely Houston is listening?

Too closely. That would be my guess.

Tim Houston’s days as our premier in waiting started well enough. He began with a non-partisan flourish, inviting soon-to-be-former premier Iain Rankin and NDP leader Gary Burrill to join him for a state-of-the-COVID-landscape update meeting with Dr. Robert Strang, the province’s chief medical officer of health. That might not seem like such a big deal but, after almost 18 months of the McNeil-Rankin government pretending the opposition didn’t exist let alone matter, the symbolism seemed significant. And promising. 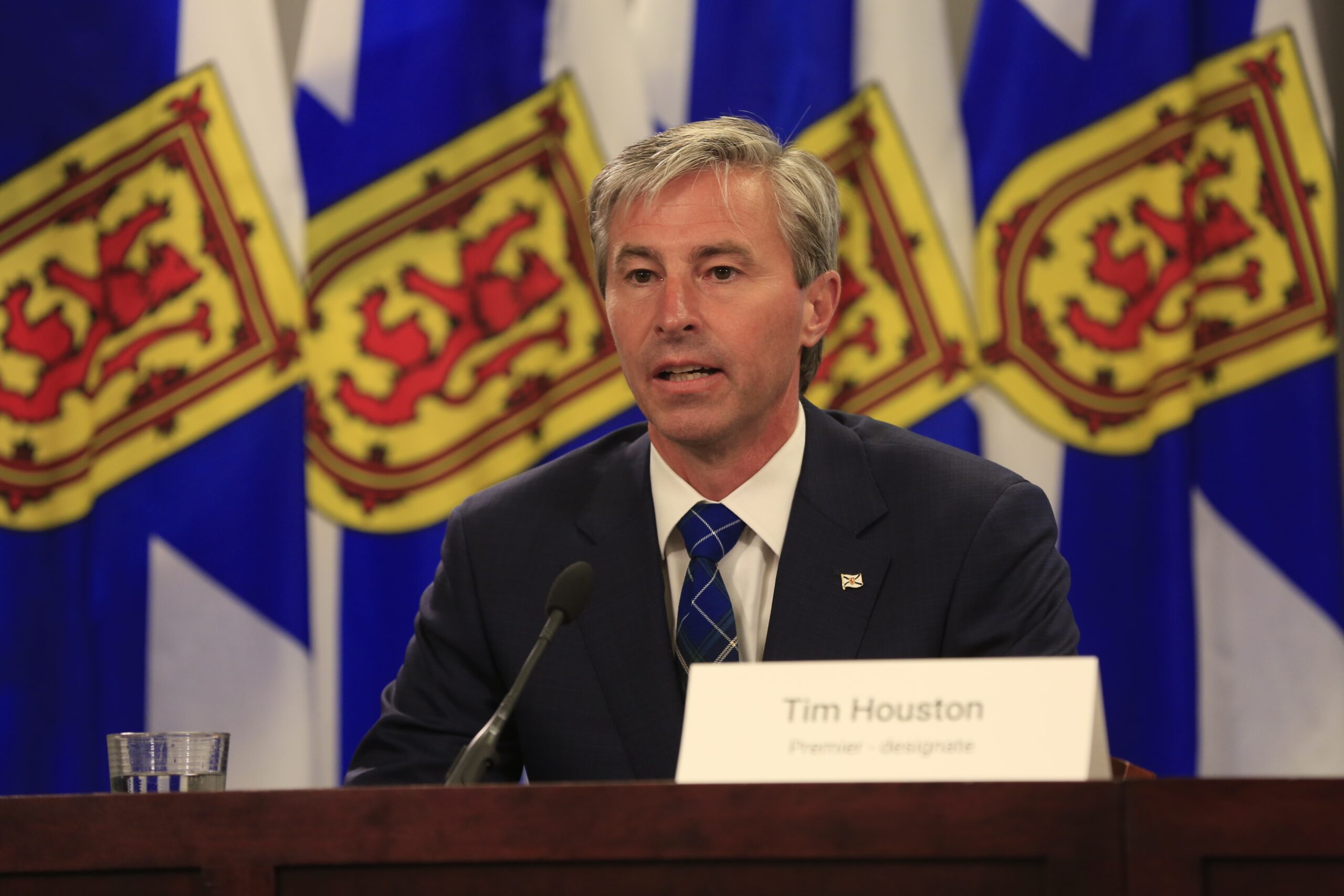 So too did Houston’s post-vote pledge to live up to some of his platform’s key governance promises, not only bringing Nova Scotia into line with every other jurisdiction in the country by passing legislation mandating fixed election dates but also overhauling our toothless access to information and protection of privacy laws to give the commissioner some much-needed enforcement teeth.

Even Houston’s victory-speech caution that fixing the province’s health care system — the centre, and almost only piece of his party’s actual campaign strategy — will not happen overnight seemed more like a reasonable acknowledgement of reality than a walk-back on his commitments, especially when coupled with his earnest undertaking that he will make improving healthcare Job 1 in his first term.

At 6am on the morning after the election night before, while sleepy party volunteers collected the campaign lawn signs for next-time storage, Halifax police and city staff swooped in on homeless residents sleeping in tents and makeshift shelters at Peace and Friendship Park, the Halifax Common, Horseshoe Island Park and the site of the former Halifax Memorial Library on Spring Garden Road. They dismantled the shelters, forced their residents to pack up and move on, then arrested and pepper-sprayed protesters who’d mobilized to try to prevent the forcible removal of fellow citizens, most of whom had nowhere else to go.

Although the housing crisis was an election issue in Nova Scotia with the NDP making it one of its key focuses, its many complexities — affordability, accessibility, the absence of new housing developments for those who need them most, the specific needs of rural, urban, and marginalized communities, not to forget those suffering addictions and mental health issues — tended to get lost in the much narrower and easier-to-focus debate on rent control.

The Liberals, as is their wont, waffled, with the government initially seeming determined to stick to its announced intent to end the temporary 2% COVID rent cap once the province reached Phase 5 of its re-opening plan but then, in the last desperate days of the campaign, fudging, suggesting it might keep rent control for “a few years” until the market stabilized.

Like the NDP, the Progressive Conservatives were consistent — but consistently “no” on rent control.

Rent control has been proven time and time again that it benefits just a select few, while increasing prices overall and decreasing the quality of rentals across the board for everyone else. Our solution is to cut the red tape surrounding the construction of new rentals to allow new units to be constructed much quicker than the current timeframe allows. It can often take years to build a new apartment building, while our population growth is far outpacing our construction of new units.

That statement — in response to one of a dozen questions posed to the party leaders at the start of the campaign by more than 70 provincial organizations and housing advocates — seemed to sum up the PCs’ approach to solving the housing crisis.

But the market is a major reason for the housing crisis. As Editor Tim Bousquet outlined the situation last week in introducing PRICED OUT, the Examiner’s new investigative series on housing, watching temporary shelters “torn apart with a chain saw is perhaps the most stark recent example of just how dire Nova Scotia’s housing crisis has become — but it’s not the only example:”

Rising housing prices have been making a material difference in people’s lives for years. As rent increases by $100, $200, $500, and more a month, people are moving to lower quality apartments, moving farther from their jobs and schools and grocery stores, living with roommates or family, and often, couch surfing or sleeping rough. The percentage of their income going to rent increases, so the percentage going to quality food and medication and their kids’ clothes goes down.

When housing prices increase, quality of life goes down. People work more and longer hours. Their commuting time increases. Stress and mental anguish build. Time with loved ones is shortened or eliminated.

The imposition of temporary rent controls during the pandemic, Tim wrote, offered “a tiny silver lining.”

If Premier Houston has his way — and who’s to stop him now? — even that sliver of silver lining will soon disappear.

Let’s backtrack for a moment.

Back in March, for example, Houston went to great public lengths to distance himself from the federal party. “That’s a separate party,” he told reporters days after a meeting of federal party members refused to even accept that climate change is real. “I’m the leader of the Nova Scotia PC Party,” he insisted, “It’s a separate party, different leaders, different members and, in some cases, obviously different values.”

Houston would prefer to cast himself as a red Tory — conservative on fiscal issues but progressive on social ones.

But then along comes an issue like housing, which is both economic and social, and the red fades quickly.

Let that sink in for a minute. And then this. When someone asked why he wouldn’t keep rent control in place, at least until there was more housing, his answer: “What does that do to those that were thinking about building?”

It is clear exactly who Tim Houston is listening to — landlords, developers, those with money, including people like Scott McCrea, the chair of the premier-designate’s transition team and also, of course, president of the Armour Group, one of Nova Scotia’s major commercial and residential developers.

None of that augurs well for our new government — or for our province.