You are here: Home / Featured / “We’re not trying to remove history, we’re trying to unearth it”: Examineradio, episode #120 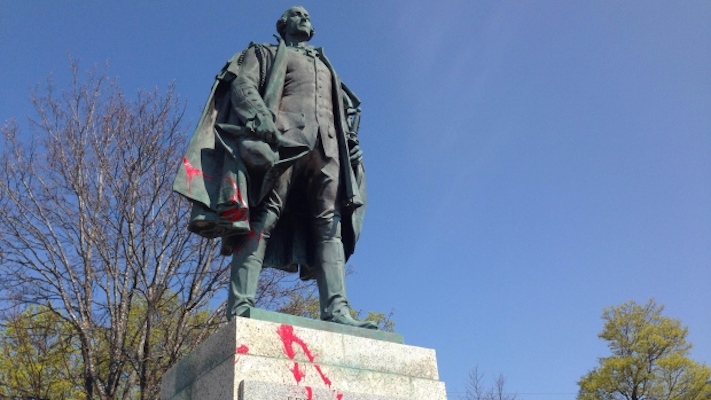 It’s been two weeks since the self-proclaimed Proud Boys disrupted an Indigenous ceremony at the statue of Edward Cornwallis in downtown Halifax. In the meantime, the rocky relationship between the city and its Indigenous citizens has had a significantly higher profile, culminating in a planned protest on Saturday July 15 to finally have the offending statue removed.