You are here: Home / Featured / Union leaders call for pay parity for LPNs 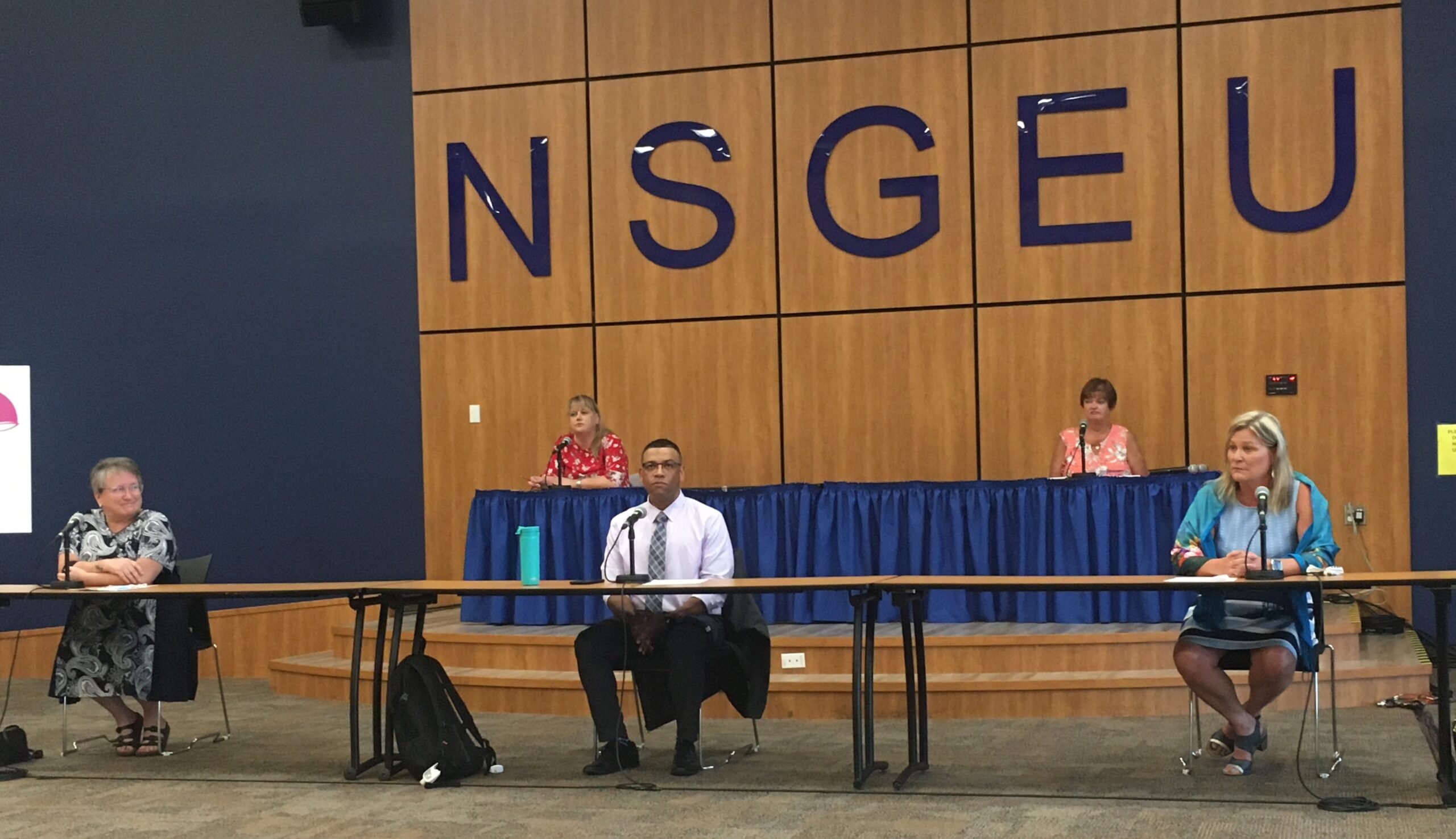 Five unions representing licensed practical nurses (LPNs) held a press conference this morning to call for pay equity for nurses across the province.

Nurses are paid differently depending on their place in the wage scale, but the 12% increase is $3/hour.

“So what we’re asking is for everybody to be paid the same wage across the province, said Jason MacLean, president of the NSGEU. “Nurses in the IWK are considering leaving the IWK to go work in the former capital district health board because they pay more than they do in the IWK. So this is a problem. It’s a problem that employers actually have acknowledged, and it’s a problem that government has acknowledged but will not address. So we’re calling on this government to address this and to start paying LPNs the fair wages that they deserve.“

“I’ve been a licensed practical nurse for 21 years,” said Nan McFadgen, president of CUPE Nova Scotia. “I can tell you that the scope of our work has expanded dramatically. Many of us were required to further our education to keep our licence and to take on additional responsibilities. A few examples would be pharmacology, physical assessment, blood collection, immunizations, IV administration, labour and delivery, paediatrics and palliative care. But the list is endless. We started as nurses aids, and now as nurses, you’ll find us everywhere: in hospitals, long-term care homes, community care, home support. Today, we’re working in emergency rooms, operating rooms, hemodialysis, cancer care clinics, mental health and addiction, correctional services, and knocking on your door to provide essential in-home nursing care.”

“All health care workers in Nova Scotia, along with all other workers in long-term care sector, have spent the last four months serving our province in the front lines of a global pandemic,” said Cathy Retieefe, president of SEIU Local 2. “They have been putting themselves especially at risk to keep our community healthy and safe. The timing of this problem, therefore, could not be worse.”

The union leaders fear that LPNs in rural areas, and even LPNs working at the IWK, will give up their jobs in pursuit of better-paying jobs in the former Capital Health facilities. Besides that, the pay disparity will lead to bitter feelings.

In response to calls for an inquiry into the 63 COVID-19 deaths at Northwood, the McNeil government has appointed not an inquiry, but an in-house government review of Northwood. As Jennifer Henderson reported:

The review is being conducted under the Quality-improvement Information Protection Act, which provides privacy for health information involving residents as well as the identity of individuals who are interviewed. Health Minister Randy Delorey was asked why the findings couldn’t be published if the names were withheld. Another journalist asked: “how can Nova Scotians have any faith in the review, if the findings aren’t going to be made public?”

Jason MacLean, president of the NSGEU, told me today that he’s been invited to speak with the committee conducting the review, but he won’t speak. Said MacLean:

My thought is that I wouldn’t communicate it to them, that they can actually still get the information from our website and we will share with them that way because the penalty [for speaking publicly after speaking with the committee] is apparently a ten thousand dollar fine or six months in jail. So I don’t really think that most people want to participate in something, giving the information that they have and then they can not talk about it to anyone else

What I think is it sets everything up to look to me like a coverup now.

I asked MacLean what he would tell the committee, if he could. He answered:

I would give them the whole chronology of what happened with NSGEU’s experience with Northwood. Not only that, to set a context on where the whole industry was and what questions that they asked and what requests they had of it, and what specifically Northwood requested in terms of upgrades and everything else leading into this pandemic. I believe what NSGEU has to say displays willful negligence of the government.