You are here: Home / Featured / All in the family: UARB hearing on NS Power audit begins 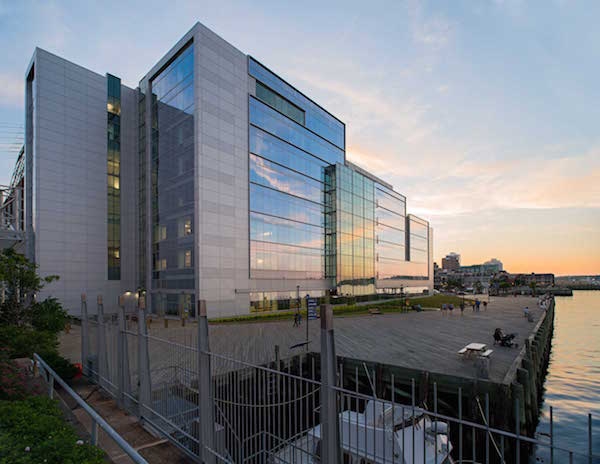 The first day of a hearing to determine whether Nova Scotia Power follows the rules governing doing business with its parent company (Emera Inc) and other sister companies in the Emera family started with a squabble.

After discussion (or more likely a complaint) involving NS Power, Consumer Advocate Bill Mahody stood up and withdrew an assertion  the value of those affiliate transactions amounted to $58 million, a 350 per cent increase over 10 years, a figure previously filed by the advocate, which The Examiner reported yesterday. Sasha Irving, the NS Power vice-president of corporate affairs who previously handled media requests for Emera, told reporters the company would provide a more accurate tally today, which pretty much sums up the power struggle at the heart of this proceeding.

NS Power lawyer Dan Ingersoll spent the morning questioning Douglass Bennett, the managing director of NorthStar Consulting, which did the audit on transactions among Emera companies between October 2015 and December 2016. Under cross examination, NS Power was able to demonstrate the majority of NS Power’s spending on large affiliate transactions was properly documented. But Ingersoll couldn’t shake Bennett on a finding that one sole-source contract NS Power awarded to Emera Utility Services to test transformer oil didn’t follow proper procedure and cost ratepayers more than it should.

Ingersoll accused the auditor of “refusing to believe NS Power” when it claimed the overpayment was actually an advance payment for an extra 1,100 tests made during training. Bennett refused to budge. After receiving 1,000 pages of paperwork from NS Power on this one fact, Bennett says he is unable to find or confirm an invoice tied to that work.

NS Power says the auditor applies the rules in the Affiliate Code of Conduct too literally. The auditor says NS Power management is “indifferent” to what the rules around fair market value and separate management teams prescribe.

Tomorrow, NS Power will be cross-examined by lawyers for the UARB, for a group of businesses that includes Oxford Frozen Foods, and for the consumer advocate. One of the key areas of disagreement relates to NS Power’s corporate governance structure, which allows senior executives of Emera and NS Power to serve as decision-makers on each other’s Board of  Directors, as well as on the Boards of affiliate companies such as Emera Utility Services (a construction company) or Emera Caribbean. The auditor also noted 26 examples of senior managers shared or reporting between two Emera-owned companies.

In a written filing to the Utility and Review Board (UARB) the Consumer Advocate worries:

Another risk to ratepayers is diluted management attention due to shared and possible conflicting, positions between utility management and affiliates resulting in less than optimal performance by the regulated utility.

NS Power argues NorthStar Consulting of California has failed to find one instance where the utility’s performance was compromised as a result of sharing executives among companies in the Emera corporate family. The company notes it has received praise from peers on the way it has developed leaders from within its ranks. But NS Power now finds itself playing defence.

NS Power president Karen Hutt made herself available to speak to journalists prior to the company being called for cross-examination. She accepts two-thirds of the audit recommendations while adamantly opposing any changes to the corporate governance structure. Hutt flatly denies NS Power broke any rules around how it does business with sister companies.

“Of all the transactions that were reviewed, there’s not a single disallowance that was recommended,” Hutt said. “I think that is really important because if we weren’t acting appropriately to get the best value for customers, that would be proof positive and that hasn’t occurred.”

Disallowance is a term used to describe a recommendation or an order from the UARB to refund money to customers after NS Power has been proven to have made a bad business decision. But such a recommendation may be beyond the scope of NorthStar’s audit, which was instructed to see if the regulated monopoloy was behaving according to the rules around buying or selling services to affiliates.

Last but not least, in another acrimonious exchange Douglas Bennett of NorthStar told the hearing NS Power refused to provide information related to a new computer software program (called Enterprise Resource Planning) the utility could use to share financial, procurement, and human resources information with its sister and parent companies. Bennett argues he should have access to that under the Affiliate Code of Conduct to see if it matches up with rules requiring financial systems between Emera affiliates to remain separate.

NS Power disputes that interpretation. Its lawyer Dan Ingersoll seized the opportunity to point out that just last April the UARB had approved the expenditure of nearly $10 million to purchase Oracle-based software to make information sharing easier, so the horse may be out of that particular barn.

Ultimately, at the end of this proceeding, it will be the UARB that decides whether or not consumers are well served by the status quo or whether to approve any of the 33 recommmendations that would apply greater scrutiny to various business dealings among Emera subsidiaries.