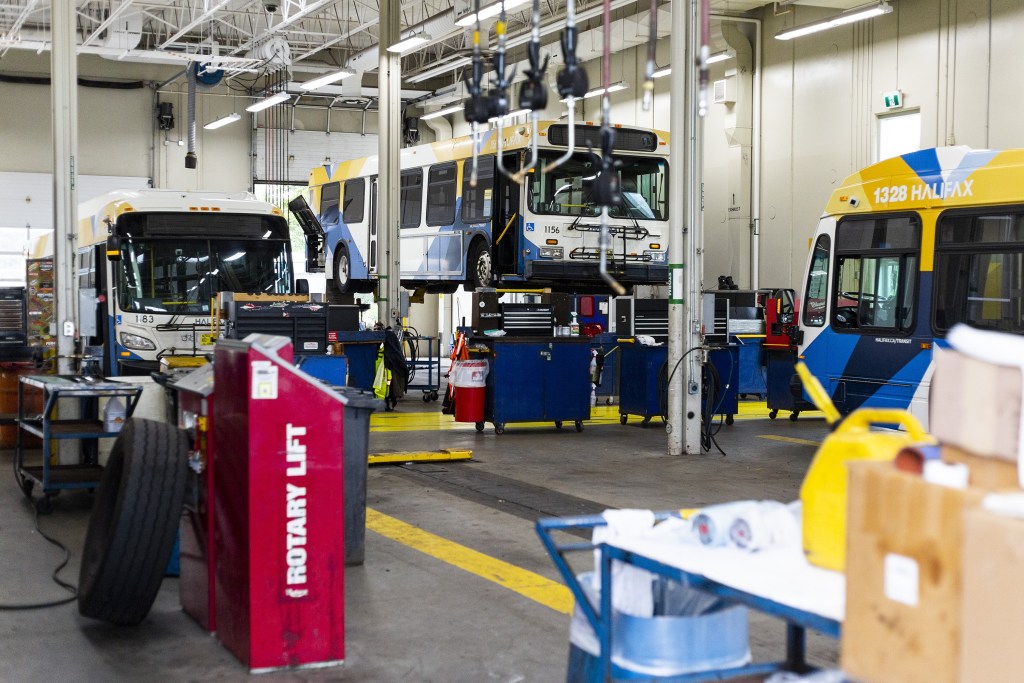 Halifax will start electrifying its bus fleet in the next two years, with 60 electric buses en route, using money from the federal and provincial governments.

The three levels of government made the announcement Thursday at the Ragged Lake Transit Centre, which will be renovated to charge the buses and to achieve net-zero emissions.

It’s a $112-million project. The federal government will pitch in $44.8 million, the provincial government $37 million, and HRM will cover the remaining $29.8 million. 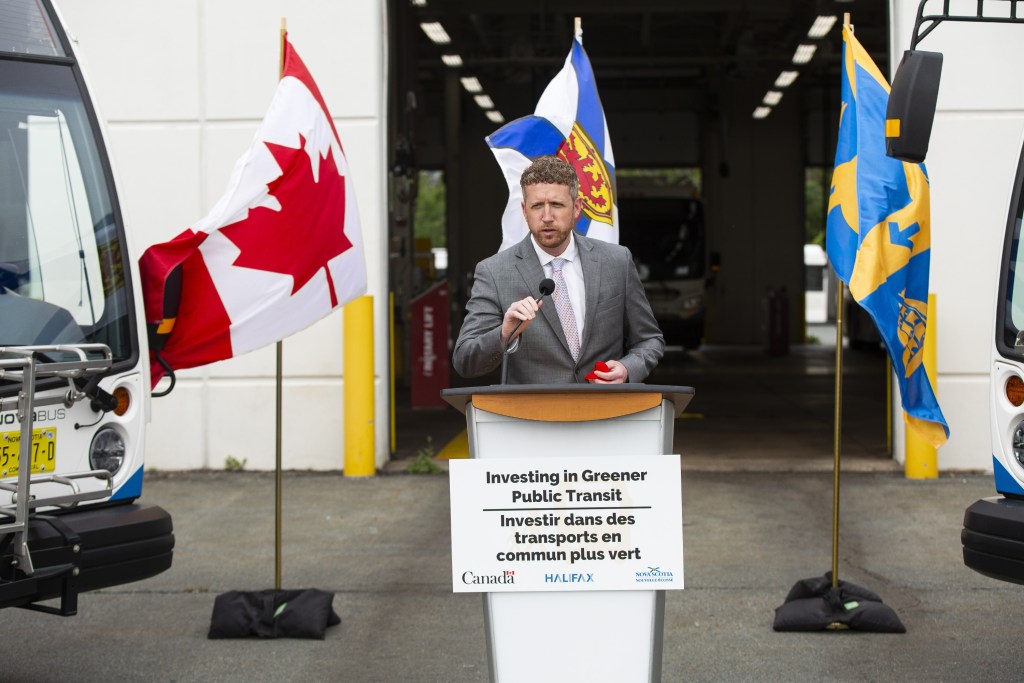 “This is a big project and this is how we get things done, to make sure that we’re growing a more sustainable, inclusive economy,” Rankin said.

“I’m proud that we have partners at this time, that we can really start to jump into the sustainable revolution, and electrifying our transportation is a big part of that.”

Mayor Mike Savage said the announcement is “transformative” for Halifax. 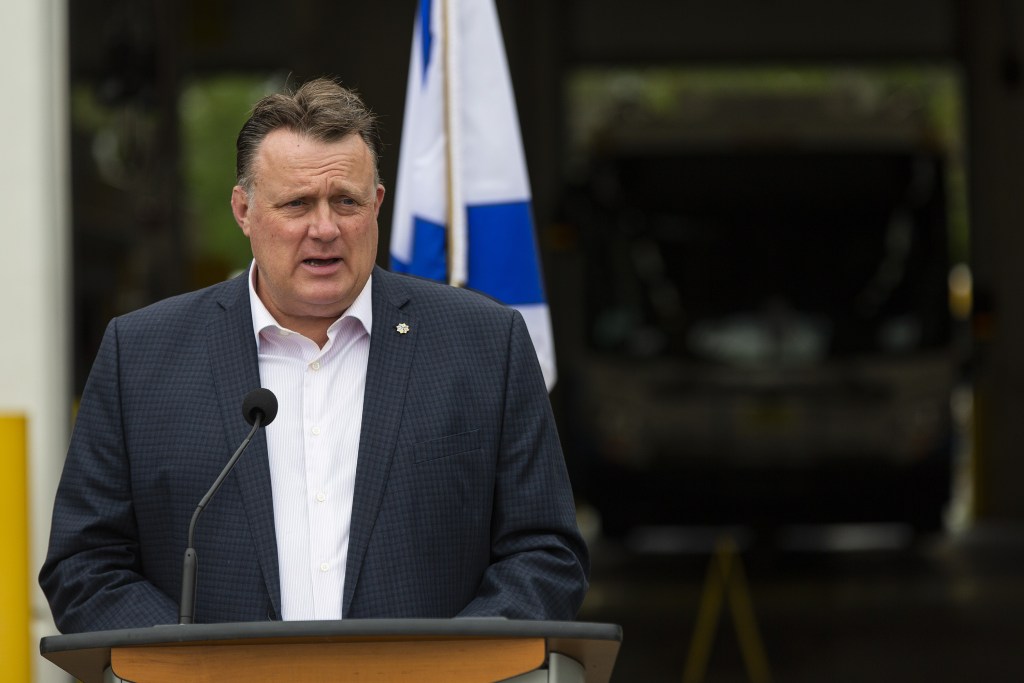 “This investment says that we are unapologetically pro-public transit, that we know residents of this community want to take the bus or the ferry. Electrification of transit is fundamental to our belief that cities and communities can grow in responsible ways, that we can build complete, connected communities where people can access the services that they need, without getting into a car.”

The municipality announced its plan to electrify the entire fleet by 2028 along with the Rapid Transit Strategy last June. The current fleet is about 340 buses. As the Halifax Examiner reported at the time, it was a surprise for those paying attention to Halifax Transit’s recent work:

… the chair of transit advocacy group It’s More Than Buses had no idea the city would pitch a plan to electrify its bus fleet.

In a Twitter thread for It’s More Than Buses, Edgar described the surprise as “Quarantine Christmas.”

The last he’d heard — from Erica Butler’s reporting in the Halifax Examiner — was that the city had turned down millions in funding to pursue electric buses, saying it wasn’t ready. Even earlier this year, council approved a plan to continue buying diesel buses.

Edgar didn’t want to speculate as to the reason for the apparent about-face by Halifax Transit, but said “it’s easy to imagine that somebody somewhere in HRM thought that that was not the best plan and that municipalities should figure out how to say yes to free money.”

A request for proposals is expected to go out this summer, with the last of the buses expected to arrive by 2024.

Patricia Hughes, Halifax Transit’s manager of planning and scheduling, told reporters the building retrofits would cost about $15 million, with the buses and chargers comprising the rest of the cost. The electric buses are expected to cost less to run, Hughes said.

Asked whether the province will be spending more money on public transit, something it’s traditionally avoided, Rankin said the provincial government has a role in paying for transit.

“I think that as a province that we should be helping incentivize people,” Rankin said. “The climate crisis is real, how we try to make sure that people have different options to get around, that speaks to active transit investments we’ve made.” 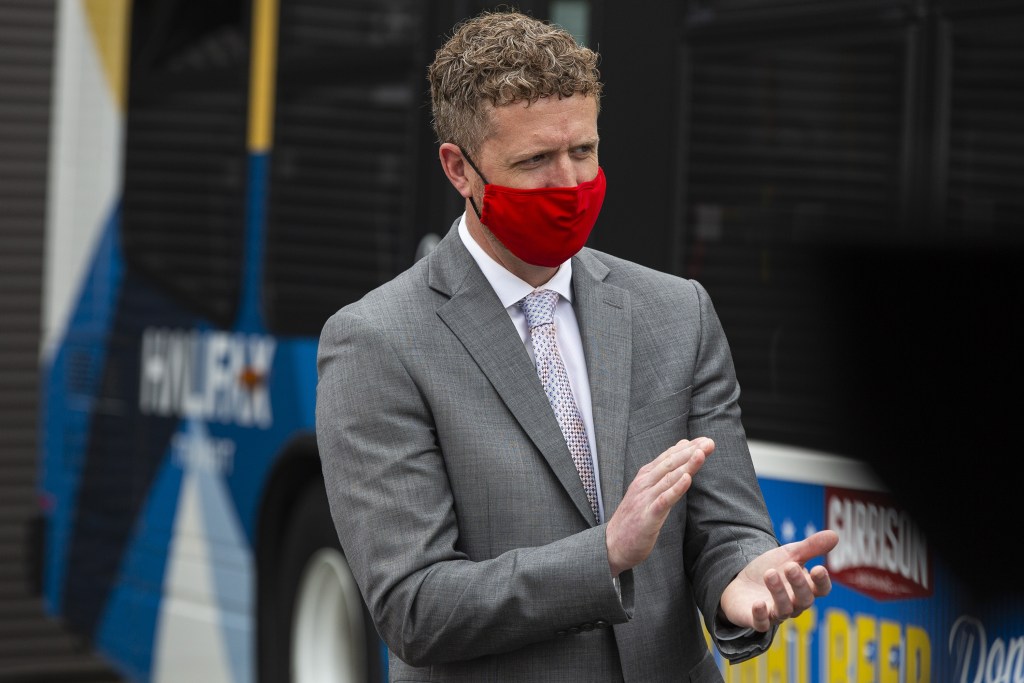 He stopped short of committing operating funding to Halifax Transit.

“That’s not on the table right now,” Rankin said. “They have transit under their jurisdiction, but partnerships is how we get things done, and there are other municipalities, so we want to make sure that we’re working with them as well.”

Thursday’s announcement was the latest in a string of spending commitments from the provincial and federal levels of government. Rankin is expected to call an election any day, with Prime Minister Justin Trudeau not far behind.