You are here: Home / Featured / The green episode: Examineradio, episode #79 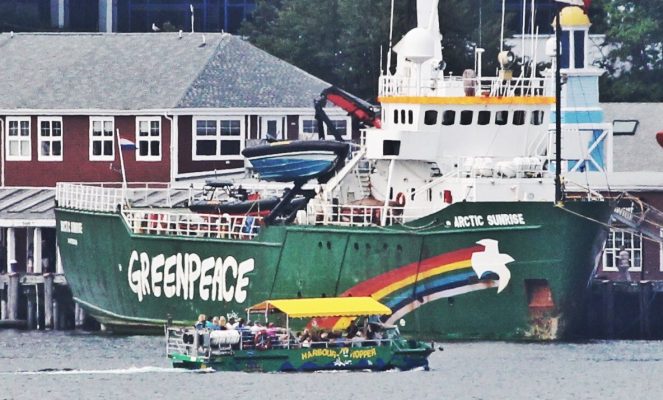 This week, alongside a number of international military warships and a crap-ton (sorry, crap-tonne) of cruise ships, the Greenpeace Arctic Sunrise docked in the Halifax harbour, fresh off a tour in Nunavut. Examineradio contributor Francella Fiallos took a tour of the boat and spoke with some of its crew members.

On Thursday, approximately 60 protesters gathered at Province House to demonstrate against natural gas caverns proposed to be built on the banks of the Shubenacadie River by Alton Gas.

Also, prospective councillors propose term limits for all City Council, Chronicle Herald shuts down the Cape Breton Star, and the Yarmouth Ferry is – unsurprisingly – expected to fall well short of its optimum numbers.