You are here: Home / Commentary / The clock is ticking down on the Mass Casualty Commission 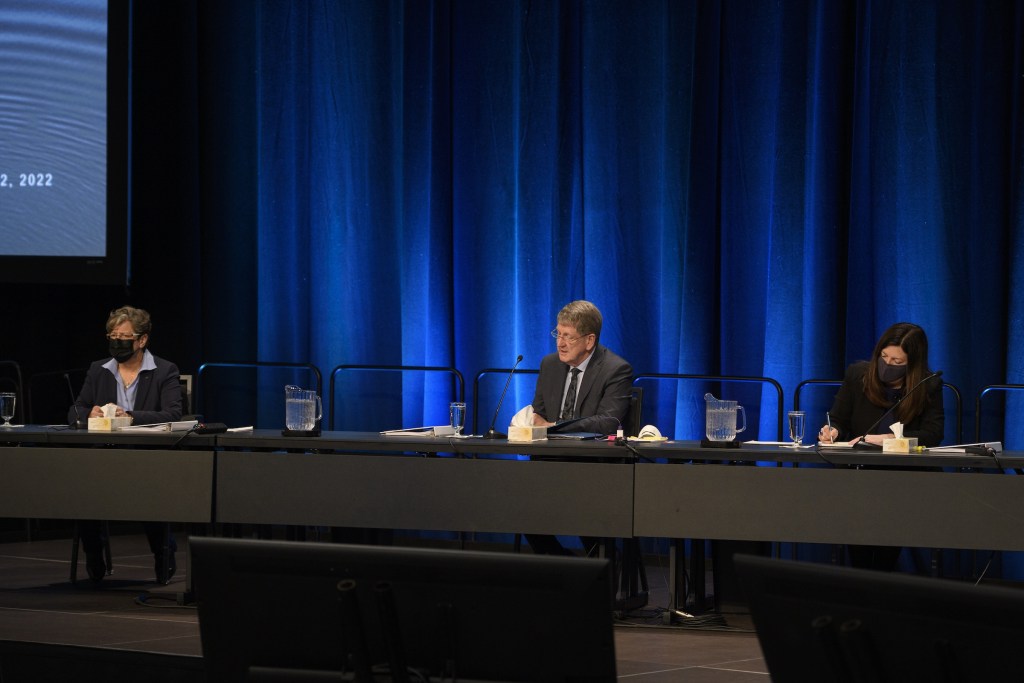 The clock is ticking.

It’s worth reminding ourselves just how extensive — and daunting — the tasks are that the governments of Canada and Nova Scotia set for this commission.

From the order in council again:

(a) direct the Commissioners to inquire into and make findings on matters related to the tragedy in Nova Scotia on April 18 and 19, 2020, including

(b) direct the Commissioners to set out lessons learned as well as recommendations that could help prevent and respond to similar incidents in the future.

If you break down just the three items in just that first instruction — causes, context, and circumstances — there is already more than a public inquiry mandate’s worth of work to do.

But there are a few other caveats we should keep in mind as we consider that.

From the day of its appointment on October 21, 2020, this commission has been operating under COVID-19 lockdowns, restrictions, mandates and recommendations that have inevitably slowed down and complicated its work.

And then there is this, which should also never be forgotten — or forgiven.

Neither the federal nor provincial government wanted this public inquiry to happen at all. They did their best to avoid it. They preferred a quiet “review” that could be contained and controlled, filed and forgotten.

If not for the angry protests by the families of those who lost their loved ones, this inquiry wouldn’t be happening at all.

Given all of that — and I realize I may be in a minority here — I think the commission has done a good job so far of constructing a compelling, deeper narrative of what happened and why, thanks to the presentations during its limited public sessions, its 18 (so far) foundational documents and its more than 1,400 supporting source materials.

With the cards it has been dealt.

My question is, do those cards need to be reshuffled?

I know the families — and their lawyers — have not always been happy with the pace of the inquiry, or the reliance on so-called “foundational documents” and roundtable discussions, or the lack of live testimony by witnesses and what some have claimed are the limitations on questions by the families’ lawyers.

Those are reasonable concerns that have smacked up against the commission’s artificial deadline.

On the other hand, I haven’t seen any evidence that the commission — as some critics have suggested — is attempting to cover up for the systemic failures of the RCMP or the actions of its officers.

On the contrary.  It seems that every day’s proceedings bring damning new revelations and disclosures of Mountie failures and cockups in the years leading up to G.W.’s killing spree, in the 13 hours during which it unfolded and in the continuing attempts to cover up those failures ever since.

One of the concerns, for the families and their lawyers, has been that while commission staff and investigators have interviewed more than 200 witnesses, so far only 26 have testified in public.

More — including most importantly, senior RCMP officers responsible for decision-making before, during and after the tragedy — are expected to take the stand in the coming weeks. On the agenda this week: key players Bruce Briers, the RCMP’s risk manager, and Al Carroll, its district commander for Colchester County.

But we know the National Police Federation and the Attorney General of Canada have asked the commission not to put several senior RCMP officers on the stand —including some key decision-makers — but to allow them to testify by videotape instead. One RCMP officer has apparently even asked to testify in a closed room with only the commissioners and commission counsel present.

Although the inquiry’s “trauma-informed” rules do give the commissioners discretion to allow that, I would be surprised — and disappointed — if they say yes.

This is still a public inquiry, with a requirement to be public, transparent and accountable.

So far as I can tell, the lawyers for official participants in the inquiry have not been — despite earlier concerns by some — prevented from putting their own questions to witnesses.

But, even if one accepts that the commissioners are doing their best to get to the truth — and I do — the reality, as Tara Miller, a lawyer representing a relative of victim Kristen Beaton, who was gunned down while sitting in her car, is that “We have a daunting calendar with a very tight timeline.”

The next phases of the inquiry will be critical. It shouldn’t be rushed to fit an arbitrary deadline. All questions need to be asked and answered.