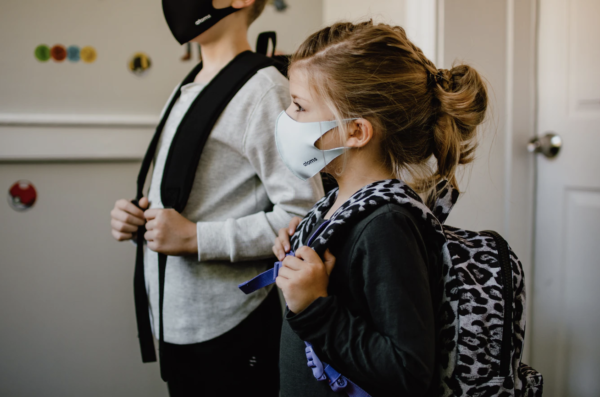 On the first day of in-person learning since December, the head of the union representing Nova Scotia’s teachers said he’s doubtful schools will remain open for long.

“I think at best, we’re looking at a war of a thousand cuts and at worst, we’re potentially looking at a full system shutdown in the very near future based on the sheer volume of people that are going to have to self-isolate as positive cases are flagged and people get notified,” Nova Scotia Teachers Union (NSTU) president Paul Wozney said in an interview Monday.

“I wish I could be more optimistic and rosy. But being pragmatic, I just don’t see how what we’re doing can be sustained on any kind of long timetable.” 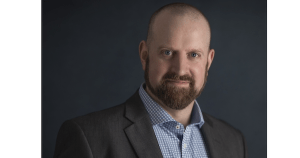 Wozney said while remote learning isn’t ideal, it can be done sustainably. He believes the same can’t be said for in-person learning at this stage of the pandemic. His worries are partly based on what he described as “dire concerns” expressed by many teachers and parents about the lack of contact tracing in schools.

He said the fact schools won’t be notifying people when they’re a close contact of a positive case has left many teachers “sick to their stomachs.”

“If a parent calls them and says ‘Hey, my kid is COVID positive, you should self-isolate. Please pass that along to other people,’ they’re being told they’re not allowed to do that,” he said.

‘Worried that they’re going to bring it home’

Wozney said teachers are reaching out to him concerned about the potential impact this back-to-school approach may have on the community’s most vulnerable. Some teachers have been told unless they test positive for COVID-19, they must show up for work, even if they’re symptomatic.

“Most people aren’t terrified that it’s going to ruin their life and their health as they know it, but there’s lots of people who are worried that they’re going to bring it home to auntie so-and-so or Uncle Bob who’s 90 and has Crohn’s and asthma,” Wozney said.

He described his inbox as “ablaze” with emails from parents also concerned by the lack of contact tracing in schools and the high case counts. Many who reached out decided to keep their children home until case numbers start to decline and until they feel more comfortable that their children will remain safe in the school environment.

“COVID in schools has been relatively low key because COVID in the community hasn’t even really been a thing, and now COVID is everywhere. It’s rampant. It’s the most transmissible we’ve ever seen,” Wozney said.

“And we’re expecting it to not flare up in school? I think people are waiting with bated breath for COVID to handcuff our school system. How long is it going to take before schools are so short-staffed that they’ve got to close their doors?”

Wozney said with the high number of cases throughout the province, he doesn’t think there’s much hope of sustaining in-person learning given the staffing issues that he believes will ensue. He said if in-person learning is able to continue, it will likely be a patchwork of bandaids.

“You’re going to have droves of people in front of kids who aren’t teachers who are just going to be babysitting effectively for the day and don’t have a clue about how to teach maths, science, music, whatever,” Wozney said.

“They’re just going to be warm bodies so that students can be at school.”

In addition to a return to contact tracing in schools, Wozney said the union wants schools equipped with N95 masks. They’ve long advocated for the masks, and continue to believe they’re an essential tool in helping keep people in schools safe.

“You can’t say that schools are so important that we can’t close them, we have to operate them even under dire case counts, and then not provide them every imaginable layer of protection to sustain being open meaningfully,” Wozney said.

“We haven’t done it with vaccines…We haven’t prioritized teachers, we’re not going to roll vaccines to kids (in schools) to make sure the barrier isn’t that they can’t get to the pharmacy or the nearest appointment an hour away…Do what’s right for kids and staff so that schools can stay open.”

‘If schools don’t work, none of us work’

He said teachers would also feel better having access to more data about the ventilation in their respective schools. Wozney argued there are schools beyond the 71 identified by the province that would likely benefit from HEPA units.

“The pandemic has only made clear to us how if schools don’t work, none of us work. So let’s make sure the children have an embarrassment of riches when it comes to protections so we don’t have this dialogue,” Wozney said.

“Then the focus can be on making school the most excellent place that supports student learning as opposed to having to talk about how can we keep the doors open at any cost, even if learning is going to be subpar or not at all?”

On Sunday morning, the president of the Amalgamated Transit Union Local 508 publicly threw his support behind the NSTU in a tweet, asking his members to commit to sharing their direct knowledge of positive cases impacting schools. Ken Wilson said he began thinking about ways to support the NSTU on Saturday. He knew based on conversations with his own friends and family members that the lack of contact tracing in schools was a major concern.

“It’s no secret Halifax Transit supplies school board passes to thousands of students in the HRM, so we’re going to anticipate having more kids on our buses without capacity limits, without any social distancing measures,” Wilson said in an interview on Monday.

“So we thought it would be the best way to try to help keep everybody safe. If my members and their kids or their grandkids are positive and they’re in a school, we’re just going to share information about the school and the classroom.”

Wilson stressed there wouldn’t be any personal information shared, just enough to help parents make informed decisions about cases in their children’s classrooms. That information will be shared with the groups he tagged in his tweet.

“Everyone has said that we’re in this together, and as the waves go on, we seem to get farther and farther away from that narrative,” Wilson said.

“So we’re trying to bring that narrative back, where we are in this together. We just want everyone to be safe.”

Nova Scotia Parents for Public Education was among those tagged in Wilson’s tweet. That group is actively collecting positive case data in the province’s public schools. Parents can view the list, or submit COVID-19 exposures, here.

On Monday, the union representing school support staff at all seven Regional Centres for Education and the Conseil scolaire acadien provincial also called on the Nova Scotia government to provide respirators (N-95 or higher) to staff and to close schools until there’s “a significant reduction in community spread” of the Omicron variant.

“What’s the plan if there are not enough staff available to drive buses, clean schools, maintain ventilation equipment, or work with students with cognitive concerns or behavioural issues?” Lisa de Molitor, chair of CUPE’s Nova Scotia School Board Council of Unions, said in a media release.

“Because that’s where we’re headed if the premier doesn’t close schools or provide staff with the proper PPE to keep them safe on the job.”

De Molitor pointed to other provinces where hundreds of school staff have been absent because they contracted COVID-19 or were forced to isolate.

“We cannot be complacent. We need the premier to act now to keep staff and students safe,” de Molitor said.