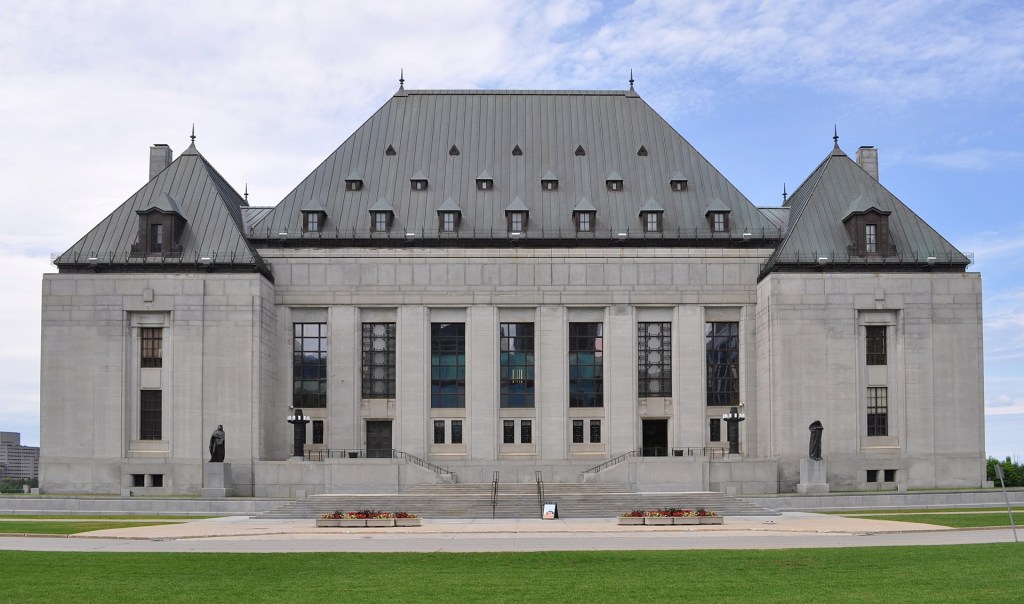 The Supreme Court of Canada has dismissed Nova Scotia’s bid to appeal a decision that found the province has for years been discriminating against people with disabilities.

“The application for leave to appeal from the judgment of the Nova Scotia Court of Appeal, Number CA 486952, 2021 NSCA 70, dated October 6, 2021, is dismissed with costs to the Disability Rights Coalition,” reads the notification on the Supreme Court of Canada website, posted Thursday morning.

The court does not list reasoning as to its decisions on applications for leave, but to Vince Calderhead, one of the lawyers in the case, the awarding of costs is significant.

“It kind of sends a message that this was an unnecessary and pointless application,” Calderhead said on Thursday.

“When we look carefully at [the provincial government’s] submissions, they weren’t strong. They weren’t convincing. And as a result, many many people have said this was simply a way of ragging the puck and dragging out the process.”

Vicky Levack, a member of the Disability Rights Coalition, agreed.

“This was a delay tactic, as we all knew it was. It’s not going to work with us,” Levack said. “It’s not going to fly with the supreme court, we don’t even need to hear this because the Court of Appeal was very clear.” 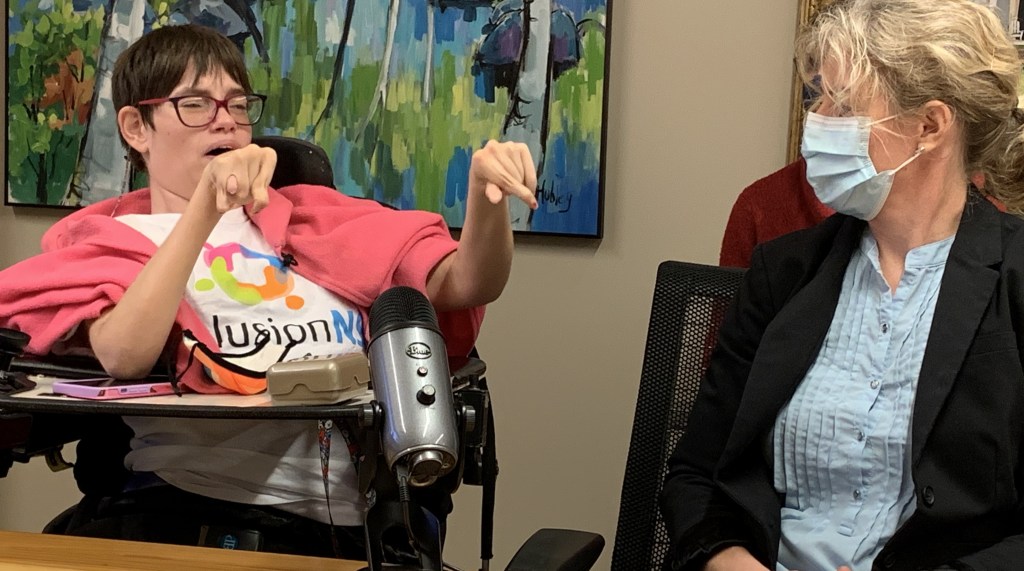 The landmark decision from the Nova Scotia Court of Appeal found the province unnecessarily institutionalized Beth MacLean, Sheila Livingstone, and Joseph Delaney in Emerald Hall, the psychiatric unit of the Nova Scotia Hospital in Dartmouth. Lawyers for MacLean, Livingstone and Delaney, along with the Disability Rights Coalition of Nova Scotia, successfully argued at a Nova Scotia Human Rights Commission board of inquiry that small options homes would have been a more appropriate setting for all three people.

The province appealed the decision, but Nova Scotia’s highest court upheld the finding.

“Simply put, at the heart of the claim of the discrimination is this: to place someone in an institutional setting where they do not need to be in order to access their basic needs, which the Province is statutorily obligated to provide, is discriminatory,” wrote Chief Justice Michael Wood, with Justices David Farrar and Cindy Bourgeois concurring.

As the Halifax Examiner reported in October 2021:

The court extended a previous Nova Scotia Human Rights Commission Board of Inquiry decision that gave $100,000 compensation to each of three people, awarding one applicant, Beth MacLean, $300,000 in damages, which is the largest human rights general damages award in Canadian history. Unfortunately, MacLean died two weeks before the ruling.

The third person, Sheila Livingstone, died in 2016, before the Board of Inquiry hearing; the Court of Appeal did not enlarge the Board’s award to her estate.

But besides the awards to the three people, the Court of Appeal sent the issue of systemic discrimination back to the Board of Inquiry, which could potentially affect up to a thousand other people in provincial care. The Court of Appeal found that the province had systemically discriminated against people with mental disabilities, but the exact contours of that discrimination are up to the Board of Inquiry to decide.

The next day, October 7, Premier Tim Houston told reporters he wouldn’t appeal the decision, as the Examiner reported then:

Houston sent his condolences to MacLean and Livingstone’s families, and praised them and Delaney for their courage.

“I just don’t think anyone should really have to take their government to court to make their government do the right thing. So, we received the message loud and clear, we will work with the community to make sure that the supports are in place,” he said.

“I can’t fix this overnight, nobody can,” he said.

“The overriding goal is we want to make sure that the supports are in place and that’s the directive the courts have given. It’s the right thing to do, it’s a human thing to do, and it’s what we’ll do.” 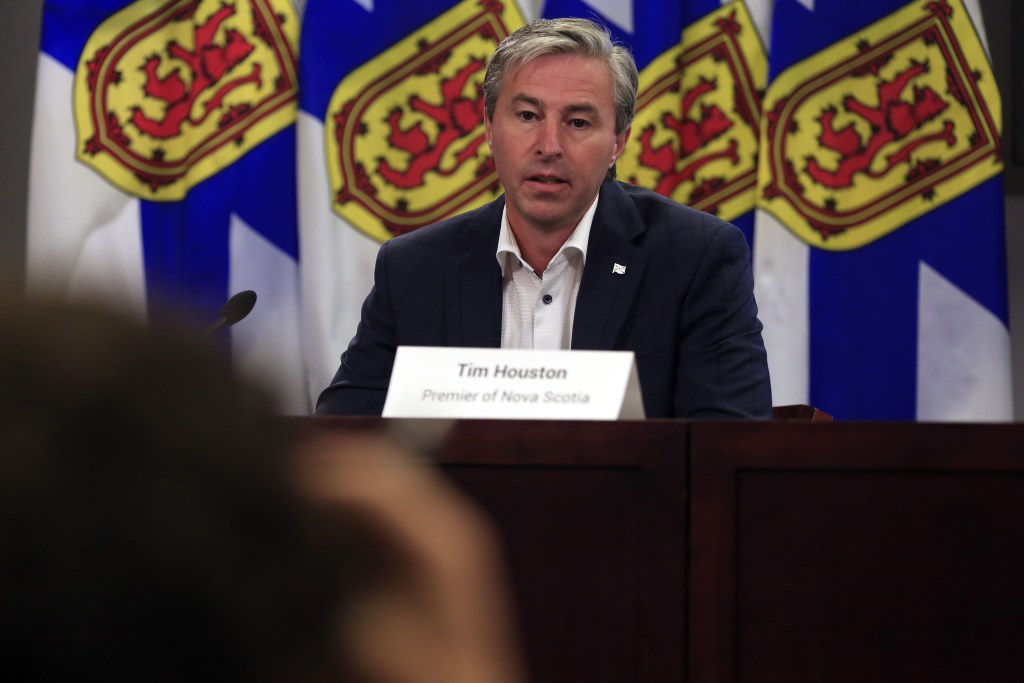 But in December, Houston flip-flopped and the government announced it was seeking leave to appeal, with Community Services Minister Karla MacFarlane writing in a statement on Houston’s behalf:

Many significant questions arise from the Court of Appeal decision that we believe the Supreme Court of Canada may help us to resolve. These questions include the impacts and implications of the systemic finding for other social programs delivered by government. Government programs are guided by policies with allocated budgets. This decision also places a legal requirement on the Disability Support Program and we need to better understand that requirement. For these reasons, the province has made the decision to appeal.

Now, the province will go to a newly-constituted Nova Scotia Human Rights Commission board of inquiry to attempt to justify its discrimination.

“They should immediately stop doing that, and just move on to a remedy,” Levack said, “so that people with disabilities can live the life they deserve with dignity and respect.”

Levack said the coalition wants to see institutions closed, and other options funded for people with disabilities.

“But my gut says they’re gonna continue to fight this whatever way they can until they don’t have a choice,” Levack said.

Calderhead said he hopes Houston will give up the long fight against people with disabilities.

“What we’re really hoping is that as result of today’s decision and, more to the point, direction from the Supreme Court of Canada, that the premier will now go back and check his gut and go back to the authentic and genuine feelings expressed on October 7 when he said, ‘Look, it’s just wrong for people with disabilities to have to sue their own government to do the right thing,'” he said.

“The premier needs to take charge of the case from the Department of Community Services and say, ‘Hey, we need to do the right thing here.’ We have systemic discrimination across the province against people with disabilities. And we want to get this fixed, rather than seeking to drag it out for another year or two years before human rights board of inquiry.”

On Thursday, the commission announced the board of inquiry hearing will continue on April 22 at 9:30am.

“This hearing will be on preliminary matters in the newly constituted board of inquiry to complete the matter following a decision by the Nova Scotia Court of Appeal,” the commission wrote.

“Board chair in this hearing is Donald Murray, who is independent of the Nova Scotia Human Rights Commission.”

The Examiner has asked the Department of Community Services for comment on the Supreme Court of Canada’s decision, and we’ll update this story with that response.

The government said it will continue to pursue the case before the board of inquiry.

Christina Deveau, a spokesperson for the Department of Community Services, provided a statement attributed to MacFarlane. It reads, in part:

We will continue to work with the Board of Inquiry and we’ll move ahead with next steps in that process. This will include defining the scope of the issues, pre-hearing disclosure and submissions, and participating in the hearing which is currently scheduled to begin on October 3rd.

Our decision to appeal to the Supreme Court was never about our commitment to Nova Scotians living with disabilities.

Instead, the appeal to the Supreme Court had to do with the Court of Appeal’s finding of systemic discrimination and that creating supportive housing for someone under the Disability Support Program should be the same as writing a cheque for someone entitled to Income Assistance. The Court’s direction to make it work the same way that Income Assistance works isn’t realistic, and that’s what we asked the Supreme Court of Canada to address.

The Supreme Court of Canada does not give reasons when it decides not to grant leave to appeal. We will continue to work with the Disability Rights Coalition through the Board of Inquiry and ultimately see what remedy can be formed. Supporting persons with disabilities remains our focus.

Additionally, during question period at the Nova Scotia Legislature on Thursday, NDP leader Gary Burrill asked Houston about the case:

Burrill: This morning, the Supreme Court of Canada has firmly rejected the province’s attempt to overturn the landmark decision of the Nova Scotia Court of Appeal, a decision which had found the province discriminated against people with disabilities. The supreme court has refused the provincial government leave to appeal, and it has underlined the matter by awarding costs against the government of the province. Mr. Speaker after eight years of the government’s legal wrangling about this issue, will the premier now stop fighting people with disabilities in court and sit down with the Disability Rights Coalition and come to a solution?

Houston: The member is right that this morning the supreme court, they did not grant leave for the appeal and we certainly respect that and thank the supreme court for their work on this. The member knows this has never been about people with disabilities. This government supports people with disabilities. There’s significant investments in the budget to get moving forward on solving the issues that are there. That’s always been the situation. I hope the member supports the budget and those incredible initiatives in there. But what I would say to the member in direct response is we of course, the department, the government, myself, anyone will work with the the board of inquiry to move forward and find out the next steps in the process. But this has never been, as the member and sometimes other people have tried to characterize, it’s never been about holding back people with disabilities, not for one second.

Burrill: Nevertheless, Mr. Speaker, it continues to be the case that the province’s lawyers are currently arguing before a resumed Nova Scotia Human Rights board of inquiry proceeding, and their argument there is in order to try to justify the government’s systemic discrimination against persons with disabilities. So in the light of today’s decision, will the premier now direct a halt to the province’s legal effort to justify systemic discrimination at the board of inquiry level, and to use the premier’s own words, will he work with the community to make sure that the supports are in place?