You are here: Home / Featured / Social workers say the Abdis’ story underscores need for a child and youth advocate

The head of the organization representing Nova Scotia’s social workers says the distressing stories of abuse shared by Fatouma and Abdoul Adbi further highlight why the province needs an independent child and youth advocate.

“It is well past due. Abdoul and Fatouma, while their story represents the really terrible elements of our child welfare system, there are many stories out there that are similar,” Alec Stratford, executive director of the Nova Scotia College of Social Workers, said in an interview.

“Having a child and youth advocate office would help to bring those (stories) to the public limelight, to build accountability, and to ultimately build a broader systemic change.”

On Wednesday, the Halifax Examiner published two stories about the Abdi siblings. The first was about the lawsuit filed by the pair against the province of Nova Scotia and the Nova Scotia Home for Colored Children. It alleges repeated incidents of childhood abuse while they were children and wards of the province.

In a second story, Fatouma Abdi recounts her personal story of horrific abuse and a system that failed her and her brother at all levels. 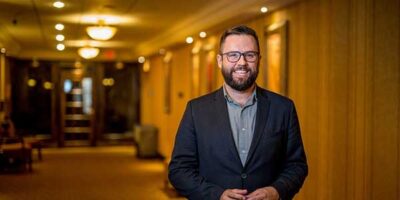 “A child and youth advocate office is a clear policy point that we know would drastically improve the accountability, transparency and overall effectiveness of our overall child welfare system,” Stratford said, adding his organization has long pushed for such an advocate.

But Nova Scotia remains an outlier. The only other province without a child and youth office is Ontario, although it had one until Premier Doug Fold eliminated it last year. Stratford said the establishment of such an office in this province is long overdue.

“Throughout the journey that Abdoul and Fatouma were facing, when they were experiencing the lack of accountability, the lack of transparency, their lack of voice, they would have been able to go to the advocate themselves,” he said.

“They could go and make those complaints and have that office not just investigate, but help them navigate these systems and hold governments and government systems accountable throughout the process.”

In reading Fatouma’s story, Stratford said one of the many things that struck him was how her son Marcelino died in the custody of the province. Fatouma never received answers about how he died, and the province didn’t even pay for his headstone.

Stratford said that lack of answers about her child’s death further highlight the need for complete transparency when it comes to the deaths of children in the care or custody of the province. When a child dies in care in provinces that have a child and youth advocate office, he said there’s an independent review, results are made public, and policy recommendations follow.

“We don’t have that in Nova Scotia,” he said. “There is a panel that reviews, most of the time that review never gets to the public’s attention or light, and none of it is binding or influences policy at all.”

Last October, Nova Scotia announced amendments to the Fatality Investigations Act. It included the creation of a Child Death Review Committee to conduct multi-disciplinary reviews of unexpected deaths of children under 19 in the care or custody of the province.

“This committee will also examine trends in deaths of all young people in the province under the age of 25 with a focus on prevention and public health,” the province noted in a media release.

“It is not public. Who’s to hold the government accountable if we do not know the details of what happens?”

The Halifax Examiner reached out to the provincial Department of Justice asking if there are any discussions underway about establishing a child and youth advocate office in Nova Scotia.

In an emailed statement Thursday evening, a spokesperson with the Department of Justice said that in Nova Scotia, the Office of the Ombudsman fulfils many of the roles undertaken by Child and Youth Advocates in other jurisdictions.

The statement said the Ombudsman is available to assist any children or youth in care who believe their rights are not being respected. It added that ensuring “the safety and well-being of the children in our care is our priority.”

“This would be quite different from the role of a traditional Child and Youth Advocate. Government is committed to continuing to explore what this different way of working could look like.”