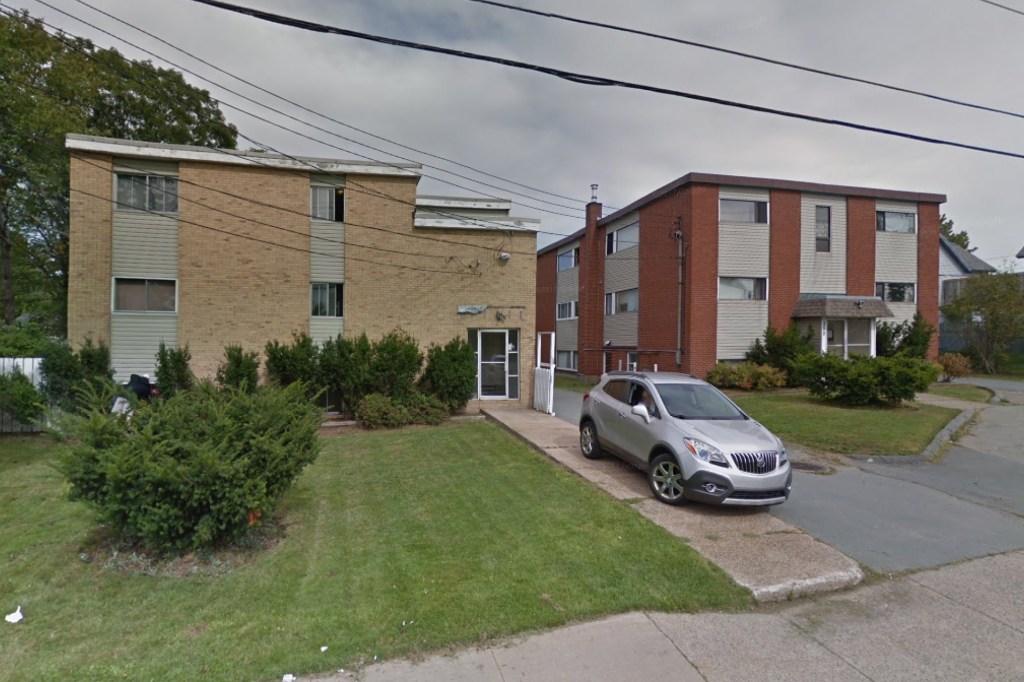 The apartment buildings at 252 and 254 Victoria Rd. — Google Maps

A small claims court adjudicator is giving tenants at two Dartmouth apartment buildings more time to appeal their evictions, staying their eviction orders and setting the stage for a test of the provincial government’s ban on so-called renovictions.

Following a teleconference hearing on Monday, adjudicator Augustus M. Richardson ruled in favour of 17 of the tenants at 252 and 254 Victoria Rd. in a written decision on Tuesday.

All the tenants of the buildings received notices to quit on Oct. 1, telling them to be out by the end of the year. CBC reporter Taryn Grant first reported on the case in late-October here.

Although Rangers Investments owned the building on Oct. 1, another company, Central East Development Inc., “acted as agent on behalf” of Rangers in serving the tenants their notices to quit. According to the decision, that company, owned by Adam Barrett and Spencer Meens, later bought the properties, on Dec. 2.

Central East also acted on Rangers’ behalf about a week after serving the tenants notice to quit, when the company applied to the provincial Residential Tenancy Board for order to terminate the tenants’ leases.

Richardson noted that the landlord applied to evict the tenants under the section of the Residential Tenancies Act (s.10(8)(f)(ii)) that permits renovictions — if “the landlord in good faith requires possession of the residential premises for the purpose of demolition, removal or making repairs or renovations so extensive as to require a building permit and vacant possession of the residential premises, and all necessary permits have been obtained.”

On Nov. 6, Rangers got building permits for both buildings. Richardson noted a special condition listed on the permit for 252 Victoria Rd.: “Interior renovations and replacement of minor building features. No proposed changes to exterior dimensions of building.”

In mid-November, Residential Tenancy Officers (RTOs) held hearings with the tenants to determine whether to issue orders to evict the tenants. Between Nov. 16 and 23, the RTOs issued those orders, requiring the tenants to be out of the buildings by Jan. 1, 2021.

Between Nov. 30 and Dec. 12, the RTOs’ orders to evict were made orders of the court. As Richardson explained in the decision, “Making an RTO Order an order of this court is a necessary step in obtaining an order to the Sheriff to obtain vacant possession in the event the tenant does not deliver vacant possession on the date specified in the RTO Order.”

The 17 tenants included in the decision applied to the court “for an order extending the time to file an appeal of the RTO Orders” on Dec. 7 and 11, citing the following:

The evidence did not show that vacant possession of the unit is required for renovation. The date set by the Order of the Director for vacant possession is unconscionable given the scarcity of affordable housing, the time of year and the COVID-19 pandemic. The November 25 order of council would have been applicable.

Darcy Gillis, a housing support worker with Welcome Housing, testified during Monday’s hearing. Richardson misidentified Gillis as Gillett, but wrote that he admitted the buildings were in need of repair, but said it would be difficult for the tenants to find new places to live given the city’s 1% vacancy rate and escalating rents. Richardson went on:

These factors posed problems for the Tenants, most if not all of whom were on some form of social assistance with very limited resources. Some had physical or mental disabilities. Some had educational limitations which meant that they could not read or understand the RTO Orders (other than that they were being evicted). Many did not understand their legal rights, or thought they had none, at least insofar as the RTO Orders were concerned. Mr Gillett and fellow housing support workers were doing all they could to find alternate accommodation, and to obtain supplements to their social assistance or pension income. However, it was virtually impossible to find apartments in the same range as the rents currently in effect in the Buildings (which were in the range of $600-$700/month). He thought that it would be possible to find alternate accommodation with time, but that January 1st was unreasonable given the state of rental housing in the city.

The landlord argued the orders to evict “had been obtained in good faith. The rules had been followed.” They noted the tenants took no steps to appeal the orders in the 10 days allowed.

“I recognize that none of the Tenants made any effort to file appeals within the 10 days allotted to them. However, I take the state of their ability to understand or exercise their rights to be limited,” Richardson wrote.

“But more importantly, it appears to me that there are valid questions as to the RTO Orders that were granted, and of the potential impact of the NS Direction on the jurisdiction of this court to issue any order respecting the tenancies in issue.”

Richardson wrote that he doesn’t believe the landlord has proved it needed to remove the tenants to complete the renovations, noting the use of the word “and” in the Act: “While the evidence is that a building permit was required there was no evidence before me that the renovations were so extensive as to require vacant possession.”

“In the files before me the Tenants were given roughly five to six weeks to find a new apartment over the Christmas holidays in the midst of a pandemic,” Richardson wrote. “There was no evidence before me as to why such a short period of time was requested or ordered.”

And finally, Richardson questions whether the provincial government’s order banning renovictions should apply in this case.

Municipal Affairs and Housing Minister Chuck Porter’s direction under the Emergency Management Act states that, “effective on and after November 25, 2020, a residential tenancy officer, or on appeal the Small Claims Court, must not make an order terminating a tenancy or order the tenant to vacate the residential premises for a renoviction.”

During a news teleconference following the announcement on Nov. 25, Canadian Press reporter Michael Tutton asked Porter about this specific case.

“Minister there’s a number of renovictions already underway. You may have read the case of Grace Fogarty, who has already received her notice of a $700 rent increase. You may have read the cases in Dartmouth on Victoria Road of buildings full of people who have received notice,” Tutton said. “Does this mean they will be able to stay where they are?”

The answer doesn’t provide much clarity.

“It’s important that tenancy remains in place to hear dispute resolution. You can’t not have that in place.”

Richardson questioned whether those orders were “caught” by the renoviction ban. If they were, then the landlord wouldn’t be able to get sheriffs to enforce the orders and the court has no jurisdiction to decide otherwise.

“All of these questions, particularly the one touching on the jurisdiction of this court, need answers,” Richardson wrote.

“As a result I was satisfied that the just result in the particular circumstances of these files was to grant an extension of the time to file a notice of appeal to December 30th, 2020.”

Richardson also ordered that the tenants and the landlord should “take such steps as are necessary to hold the contemplated appeals as soon as possible;” that the tenants should continue to pay rent; that the orders evicting the tenants are stayed until the appeal process is complete; and “that pending the outcome of the appeals Central East Developments Inc shall not interfere with or obstruct the use and enjoyment of the Tenants of their respective units in 252 and 254 Victoria Road, Dartmouth.”