Nova Scotia transition house workers represented by the Canadian Union of Public Employees (CUPE) are adding to the chorus of voices calling for a public inquiry into the mass shooting murders of April 18-19. 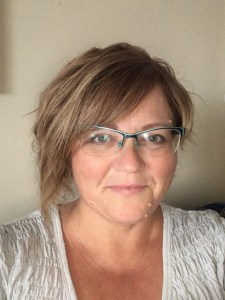 “We want the government to be fully transparent in what they’re doing so that they’re not just going back and repeating the work that’s already been done for years,” Patricia Perry, an outreach worker and chairperson of the Nova Scotia Transition House Sector Committee (NSTHSC), said in an interview.

“There’s tons and tons and tons of information out there about warning signs and why people abuse and things like that. But we need a full inquiry looking at it from an intersectional lens and recognizing that there are many layers.”

CUPE represents about 60 workers employed at transition houses across the province. Perry said they’re calling on both levels of government to “overturn every single issue” and be transparent in order to get to the root of what’s happening.

“We all work in the field of domestic violence and it was very clear to us very early on, even the day that things were unfolding on that Sunday with the mass murders, that there was more to it,” she said.

“We’re often aware from the signs, and as things were unfolding we suspected immediately that there was domestic violence involved.”

Perry said governments must create legislation and policies that align with what is “truly needed” in the domestic violence field.

Perry points to the frequency with which domestic violence issues are settled with peace bonds or house arrest. She said there are even incidents where men sentenced to house arrest are sent back home to be with the partner they’ve abused.

“So in those situations it just leads to the fact that they’re at higher risk for either reoffences or possibly murders,” she said.

The NSTHSC is also insisting an inquiry include an updated study outlining how domestic violence impacts those living in rural settings, not just in larger urban areas. The group also wants legislation that supports the judicial system in holding abusive partners fully accountable, and a continued moratorium on a restorative justice approach to domestic violence.

“I think that the government really needs to step up and not just talk about the problems with domestic violence or not just acknowledge that there is domestic violence, but actually take action and do something more to try to prevent it,” Perry said.

Perry said while she recognizes there have been delays in announcing an inquiry due to processes within the RCMP, there should have been at least some movement on a public inquiry long before now.

“I truly think that these delays in my opinion are at the hands of the government,” she said. “The government has to help create policies so that information can be accessed quicker when there are emergency situations like this.”

The union is also requesting that transition houses in the province be fully funded in order to continue supporting women and their children who are experiencing domestic violence. In her 19 years working in this field, Perry said transition houses have been continuously underfunded.

“Most of the shelters are working with a deficit every single year,” Perry said.

CUPE joins a growing list calling for a public inquiry into the mass killing that resulted in the deaths of 22 people. That list includes several of the family members whose loved ones lost their lives.

In an article published today, Ryan Farrington told the Halifax Examiner he has questions he believes only a public inquiry can answer. Farrington lost his mother and stepfather, Dawn and Frank Gulenchyn, when the gunman, whom this publication refers to as GW, burned their Portapique retirement home to the ground.

A petition campaign mobilized by human rights activists calling for a “feminist lens” to be included in a provincial independent inquiry that garnered 7,648 signatures was sent Monday to the prime minister; the federal ministers of Public Safety, Justice, and Women And Gender Equality; Nova Scotia Premier Stephen McNeil; as well as the Nova Scotia ministers for Justice and Status of Women.

That call was renewed in late June. In a follow-up letter, those three senators, Mary Coyle, Colin Deacon, and Stan Kutcher, were joined by Senators Wanda Thomas Bernard and Daniel Christmas. They again urged the province and Ottawa to launch a public inquiry “in the coming days.”

In a June 29 media release, the senators said they believe the current delay and lack of transparency is “fomenting speculation” about the shooting and the shooter, potentially “further eroding public trust” in law enforcement.

The Halifax Examiner reached out to the provincial Department of Justice on Thursday to ask when the public could expect an announcement about a federal-provincial inquiry.

“We recognize that Nova Scotians are looking for, and deserve, answers about the tragic events that happened in April,” department spokesperson Jill McKenzie said in an emailed statement.

“The Department of Justice is actively engaged with the federal government on this matter and an announcement is forthcoming.”