You are here: Home / Featured / Screw you, taxpayer! Examineradio, episode #76 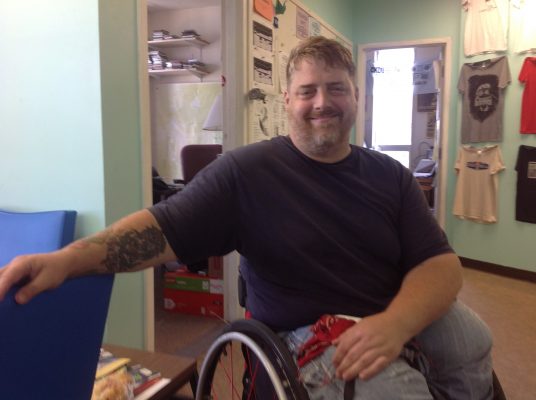 This week we speak with inclusivity activist Paul Vienneau about his short film, Alive Day, his attempts to make the businesses in his neighbourhood more accessible, and why he’s known as the Asshole With A Shovel.

Also, the city releases its sunshine list. No surprise that former CAO Richard Butts is tops when it comes to remuneration. Dalhousie University ponies up nearly $300k to send a handful Nova Scotia ‘elite’ (including billionaire seafood magnate John Risley, referred to by the Globe & Mail as ‘the northern Rockefeller‘) to the Massachusetts Institute of Technology to hone their skills at … I dunno, entrepreneurship? Innovation? Innovaneurship?

Finally, the African United Baptist Association of Nova Scotia (AUBA) has called for a boycott of the Sobeys grocery store chain, unless the corporation admits it has an ongoing problem with racial discrimination.

(Ed. note: on the podcast we incorrectly mentioned Dalhousie University President Richard Florizone as being on Halifax’s sunshine list. He’s not, obviously. We also referred to John Risley as a ‘fatcat.’ He’s actually neither a feline nor overweight. Our apologies.)