You are here: Home / Featured / Public to be asked to comment on three design proposals for waterfront art gallery 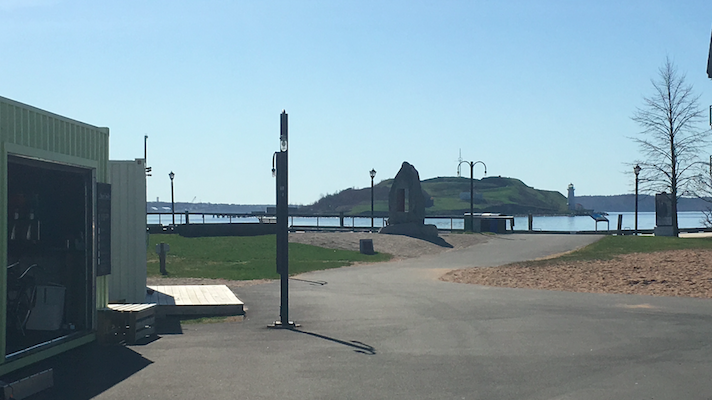 Nova Scotians will get a chance next month to view three conceptual designs for a new Art Gallery and Public Space along the Halifax waterfront. During September, the designs for the $130 million project will be available for viewing in person as part of an exhibition at the Art Gallery of Nova Scotia on Hollis Street, as well as on digital media.

Sarah Levy-MacLeod, a communications officer for the Department of Communities, Culture, and Heritage, says the province will collect feedback from the public which will be shared with the successful team.

Three teams of architects and project engineers have been short-listed from an international design competition that attracted 46 submissions from around the world. The prize is a $10.2 million fixed-fee contract to design and engineer a building that will become the centrepiece for a new waterfront Arts District. It must incorporate elements of Mi’kmaq culture.

The three finalists include:

All three finalists have ties to Atlantic Canada.

The Halifax office of national firm Architecture 49 did the original feasibility study some years ago when the province was considering a waterfront location for a combined Art Gallery and Nova Scotia Art College and Design (NSCAD) campus.

Dialog is a firm headquartered in Edmonton but its partner Acre Architects out of Saint John, New Brunswick has garnered a growing international reputation for modern work that incorporates elements of Atlantic heritage.

The third bid, from KPMB Architects, includes superstar Halifax architect Omar Gandhi. His 10-year old firm on Terminal Road has been listed as one of the Top 20 Young Architectural Practices in the world by high-flying Wallpaper magazine. Gandhi grew up in Toronto and graduated from the Dalhousie School of Architecture.

A news release from Develop Nova Scotia, the Crown corporation that controls development along much of the waterfront, says the review committee considered each team’s vision for the new Art Gallery of Nova Scotia and Public Space as well as their demonstrated team experience and qualifications of key people. Each of the three finalists is receiving a $100,000 “honorarium” from the provincial government to complete its final design submission.

“This honorarium may not cover all associated costs but it’s important that these teams are compensated for their work”, said Sarah Levy-MacLeod in an email.

Apparently such fees are not unusual: finalists in the annual International Prix du Rome architectural competition each receive $50,000. Still, some may find it a bit rich for a taxpayer-funded project; the province will shoulder $70 million of the cost of the new gallery and Ottawa will put up $30 million. Fundraising by the Art Gallery Foundation is expected to generate another $30 million.

The winning design will be selected by a qualified jury of professionals in October. There will be seven members of the expert panel – Nancy Noble, the Director and CEO of the Art Gallery of Nova Scotia, as well as three architects, one landscape architect, and two artists. A spokesperson for Communities, Culture, and Heritage declined to name the other members but said more information is coming soon.

The new waterfront gallery will be located on the parking lot at the foot of Salter Street between Bishop’s Landing and a seafood restaurant called the Waterfront Warehouse. Construction is expected to start next year. When completed, the gallery will provide twice the amount of exhibition space as the current AGNS and offer a permanent showcase for the works of Nova Scotia folk artist Maud Lewis and celebrity photographer Annie Leibovitz, whose collection has been in storage since being donated by the artist and Mintz Family Foundation in 2013.