You are here: Home / Featured / Public anger mounts at decision not to hold a full public inquiry into the April mass murders

A groundswell of support is emerging for families of the victims of April’s mass killing and their demands for a public inquiry.

On Thursday, the provincial and federal governments announced a joint independent review would be conducted into the tragedy rather than a public inquiry. That’s what victims’ families, national women’s organizations, senators, and many others had asked for.

Hours after the announcement, Dawn Parke became an administrator of a newly created Facebook group called ‘Nova Scotians for a Public Inquiry.’ Within 12 hours, they had more than 3,600 members. As of Friday afternoon, it had jumped to 6,000.

Parke said her priority is ensuring the families of the victims — some of whom have joined the page — are supported and heard. She wasn’t surprised to see the group’s numbers grow so quickly.

“There’s a lot of anger, and the majority of the people that have joined the page believe that there are mistakes, that this is a cover up, and that there’s been no transparency,” Parke said in an interview.

“There are people from every different background, regardless of political affiliation or personal belief. I think we are all united in our grief and in our rage and the ineptitude that has been demonstrated.”

Parke lives in Moncton, NB now, but grew up in Colchester County, specifically Wentworth. She knew three of the victims personally.

“I went to high school with them, was friends with them, interacted with them,” she said. “But I think all of Nova Scotia has a connection to this whether we knew the victims personally or we know other people who knew them personally.”

Parke said many Nova Scotians reaching out via the group say they have no faith in the review process announced yesterday. She said even if the review could address all their concerns and get the answers they were seeking, the level of mistrust in government is currently too deep. Because a public inquiry is what the families want and need, she believes we should all be listening to them.

“This is their (the governments’) version of a bandaid, or in some ways a muzzle, not just for the victims and their families, but for all of our communities and for all women,” Parke said.

“This has the potential to explode because we’re at a very serious level of public anger and public mistrust in Nova Scotia, and I don’t think that our politicians should be ignoring that.”

Although the group is focused on Nova Scotia, Parke said many Canadians are coming onboard and they welcome and encourage anyone with concerns to join them.

“There have been countless communities across Canada that have faced this type of violence before and haven’t received the answers that they’re looking for, and I think as Nova Scotians and Canadians we’re all fed up with the lack of transparency,” she said.

“This is taxpayers’ money that goes into these institutions and that they have complete control over what’s shared publicly is unacceptable…These people were our friends, our neighbours, our nurses, family, and we need to get justice for them and justice includes a public, independent inquiry.”

Negus’s petition calls on the federal and provincial governments to hold a public inquiry. She started it at the request of a family member of one of the victims who was killed by the gunman the Halifax Examiner refers to as GW.

As of Friday afternoon, the number of signatures on her petition had exceeded 5,800.

Although her initial target was 500 signatures, it grew so quickly that she now has much loftier goals. Negus’s ultimate hopes is that the petition swells into the tens of thousands and forces the federal and provincial governments to reverse course on the independent review and deliver on a public inquiry.

“This has affected everybody. It has affected people, families and communities right across Nova Scotia, and they all care about each other. Nova Scotians aren’t a ‘one-for-all’ kind of people, we try to be there for each other.”

Negus said the length of time it took to arrive at an independent review coupled with all the questions and mistrust in government has many Nova Scotians frustrated and grateful for a way to express their anger over Thursday’s decision.

“It takes two minutes to sign it to support them (the families). I’m in contact with at least one person from each family and they’ve all thanked me, they’ve all said this is needed,” she said.

On Friday morning, NDP leader Gary Burrill wrote to Premier Stephen McNeil calling for an emergency sitting of the legislature in order to put forward a bill seeking to establish a full public inquiry into the events of April 18-19.

Citing “grave concerns” with the independent review approach over a public inquiry, Burrill said people were “rightfully confounded” at the decision to do “anything short” of a public inquiry. 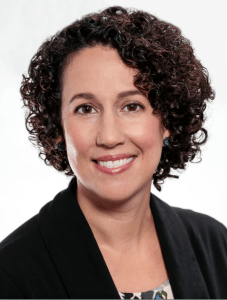 In an interview, NDP justice spokesperson Claudia Chender said the process announced yesterday has led to a deluge of emails from constituents asking her to advocate for a public inquiry. She said criticism over the decision appears to be “almost universal.”

“I think it’s rare that you see such a unified response to a government action, and so in the past 24 hours or so since the review was announced we’ve heard almost universal condemnation,” Chender said.

“Even Minister Mark Furey in the press conference yesterday when asked admitted that in fact no one asked for a review, but hundreds if not thousands of people have asked for an inquiry.”

Chender said a decision of this magnitude is far too important for the government to make without “being held to account” publicly. She said it must be done in the legislative context so they can introduce their bill mandating a public inquiry, have it debated, and ask questions of the justice minister.

“We could make our arguments that we’ve heard on behalf of our constituents and they could respond to them, and we could have a fulsome debate which we think this deserves,” she said.

“I think we’ve heard an almost universal sentiment that Nova Scotians asked for a public inquiry and they deserve one.”

McNeil: ‘doing everything we possibly can’

During Friday’s public COVID-19 media briefing, the premier was asked by several reporters about the decision and the outrage it has provoked.

McNeil reiterated his belief that an independent review was the best approach, not a public inquiry. He said that if the three panel members at any point in the process believe they require more power, they can ask and the province will respond and work with them “to ensure that we get to the bottom and deliver on the answers.”

McNeil also said a critical component of the process for his government was ensuring that family members had access and were able to participate.

“We as a government are doing everything we possibly can to get to the bottom of those answers and will support these three prominent Canadians who have the ability to ensure that they get to those answers.”