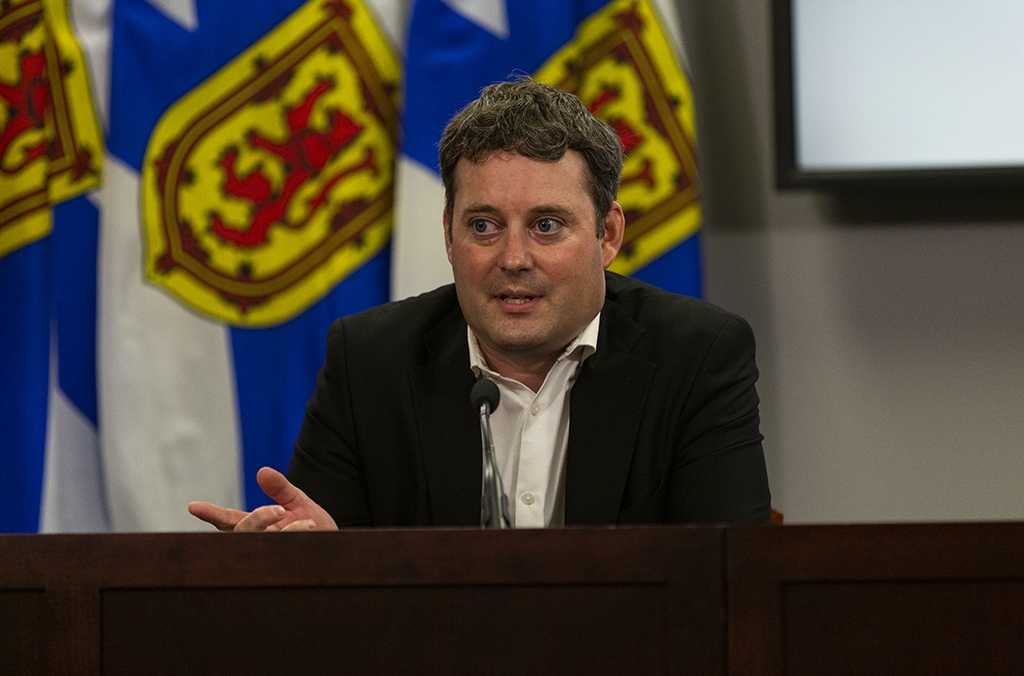 Health minister Randy Delorey told reporters after a cabinet meeting yesterday that it is unacceptable for long-term care homes to maintain more than a 3% vacancy rate when the wait list for care has ballooned to over 1,500 elderly people, many of whom are taking up hospital beds.

On Sept 14, deputy Health minister Dr. Kevin Orrell sent a letter to nursing homes with more than three empty beds per 100 residents, notifying them they had 30 days to fill vacancies above that threshold or they would lose government funding for them.

Since the pandemic began in March, homes had been encouraged by government to keep some rooms open so residents who tested positive for COVID-19 could be kept isolated from other residents in separate COVID units or wings. It was a defence against the spread of infection because 42% of rooms in long-term care facilities share a bathroom, according to a review on Infection Prevention and Control released last week in tandem with the Northwood Review.

“Homes were allowed to maintain vacancies to create a COVID unit,” Delorey told reporters Thursday. “We pay for those empty beds. Many facilities have really allowed their vacancy rate to go far beyond any anticipated need while we have many Nova Scotians who need those services,” continued Delorey. “Those financial resources need to be redirected to other locations or facilities that are willing to provide care services for those Nova Scotians in need.”

There are currently 6,958 nursing home beds in Nova Scotia, including respite, according to numbers provided by the Department of Health. As of Sept. 29 there were 533 vacant nursing home beds, representing an overall vacancy rate of 7.7%. Health spokesperson Marla MacInnis says this figure was higher prior to the letter being mailed out two weeks ago.

A group representing 76 homes, the Nursing Homes Association of Nova Scotia (NHANS), had asked the Delorey to extend the 30-day deadline until the province puts forward a concrete plan detailing how nursing homes and the various players in the health system will respond when there is a second outbreak of COVID-19. According to Michelle Lowe, managing director for NHANS, nursing home operators had been consulted all summer and expected to see a plan to tackle the next wave of the pandemic, not an order to fill all beds.

“One of the things that emerged out of the first wave was the difficulty of dealing with residents with memory impairment,” Lowe says. “Seventy-five percent of our residents have some form of dementia, which means they are often wandering from room to room. How are we supposed to contain them (for lack of a better word) and still keep other people safe when their disease dictates they wander? We have no idea how the Health Department is going to respond to that and have not seen a plan.”

The Health Minister rejected that claim.

“I believe the sector is well aware of what this plan is for wave two,” said Delorey. Delorey said he will not extend the 30-day deadline, although he did leave the door open for individual homes to plead their case for why they require more than a 3% vacancy rate.

Northwood is one such case. The Halifax campus with 485 residents reported close to 350 infections among staff and residents and 53 COVID-related deaths last spring. The Northwood Review recommended:

Reduce occupancy on a permanent basis to reduce density. Additional empty space should be set aside to cohort infected persons should future outbreaks occur. Consider shared bathrooms and ventilation as part of an Infection Prevention and Control Plan.

Asked about this specific recommendation 10 days ago, Delorey said a final occupancy target for Northwood has not been determined but the facility is being allowed to keep 90 rooms vacant as a way to improve infection control.

Lowe, who speaks on behalf of most of the nursing home operators (public and private), says the government’s blanket 3% directive does not take into consideration the age of the facility, how many double rooms it has, or whether there are enough trained staff to provide an adequate level of care.

Nursing home operators are anxious about what will happen during another outbreak at a time when some insurance companies have withdrawn coverage for COVID-related illness. Holding rooms open is an understandable hedge but not one the government will pay for as it faces mounting criticism from families waiting months and years for a placement in a long-term care home.

There is not enough room at the inn, for which the McNeil government bears some responsibility after seven years in power. Few new beds have been opened during McNeil’s tenure, although more than 200 are currently under construction.

Delorey says he will announce next week whether he wants to run for the job as Liberal leader and premier.