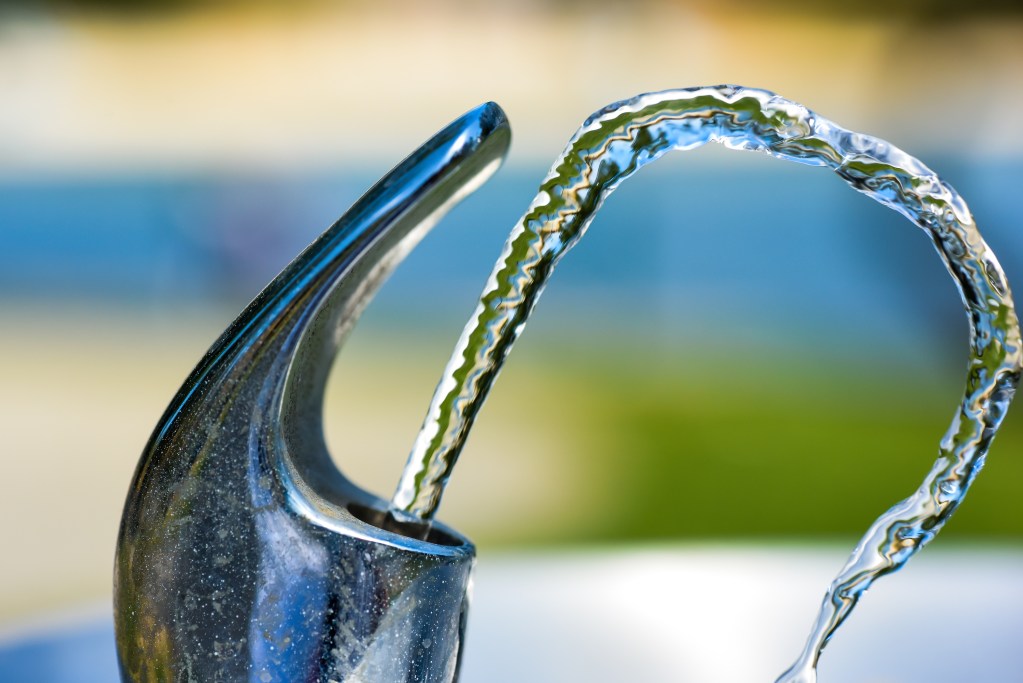 When classes resume in Nova Scotia public schools next week, the provincial government says students and staff will have to continue drinking bottled water because — despite a commitment made last year — the government has yet to prove their drinking water isn’t contaminated with lead.

And while the government says every school will have access to drinking water, the teachers union says some students and teachers are being told they have to bring it from home.

Until last fall, drinking water in most public schools in Nova Scotia had never been tested for lead — a neurotoxin that’s particularly dangerous for children, linked to behavioural issues including decreased IQ and ADHD.

Schools on municipal water supplies — 220 of the total 370, or 59% — had never been tested. Schools with their own well water systems were being tested, but the results were not being compiled or tracked in any sort of central database. And when schools failed their tests, students, parents, and teachers weren’t always being properly notified.

Those were the findings of an investigation coordinated by Concordia University’s Institute for Investigative Journalism, in partnership with the University of King’s College journalism school, the Toronto Star, the now-defunct StarMetro Halifax and Global News.

Following the investigation, Education Minister Zach Churchill and his department repeatedly committed to making sure every school was tested and a database of the results was made public by September, before the start of this school year.

The department completed some testing last fall. The early results were concerning: the water in 40 out of 86 schools tested, or 47%, contained more than Health Canada’s maximum allowable concentration of lead, five parts per billion.

In a December 2019 news release, the department announced it was providing bottled water to all schools that hadn’t been tested or hadn’t passed — 324 schools.

That news release said, “the province is creating a public database that will house all water test results from all schools in the province. The database will be in place by September.”

Testing can’t be completed in the winter months, so the department planned to resume testing in the spring.

In April, department spokesperson JoAnn Alberstat told me in an email that the plan hadn’t changed:

While recognizing the added complexities and impacts on workers and capacities of labs that COVID-19 has had, our goal has not changed. Testing will resume this spring, with the goal of having all schools tested by the end of the current school year. We also aim to have the results for all water tests from all schools in the province posted by September.

And at the end of July, Jennifer Henderson reported for the Examiner that Churchill said in a news conference that testing would be complete by the end of August and the results would be made public.

Department and minister revise the commitment

Despite the news release quoted above, the minister and the department are now claiming the commitment was to test by September, not release results by September.

“The Minister committed to water testing being completed by September, with a database to follow,” department spokesperson Violet MacLeod said in an email Wednesday.

“The testing has been completed. The [regional centres for education] and CSAP were asked to share back their data with the Department by September 1. That data is being complied [sic] over the coming weeks and will be publicly available online as soon as ready this month.” 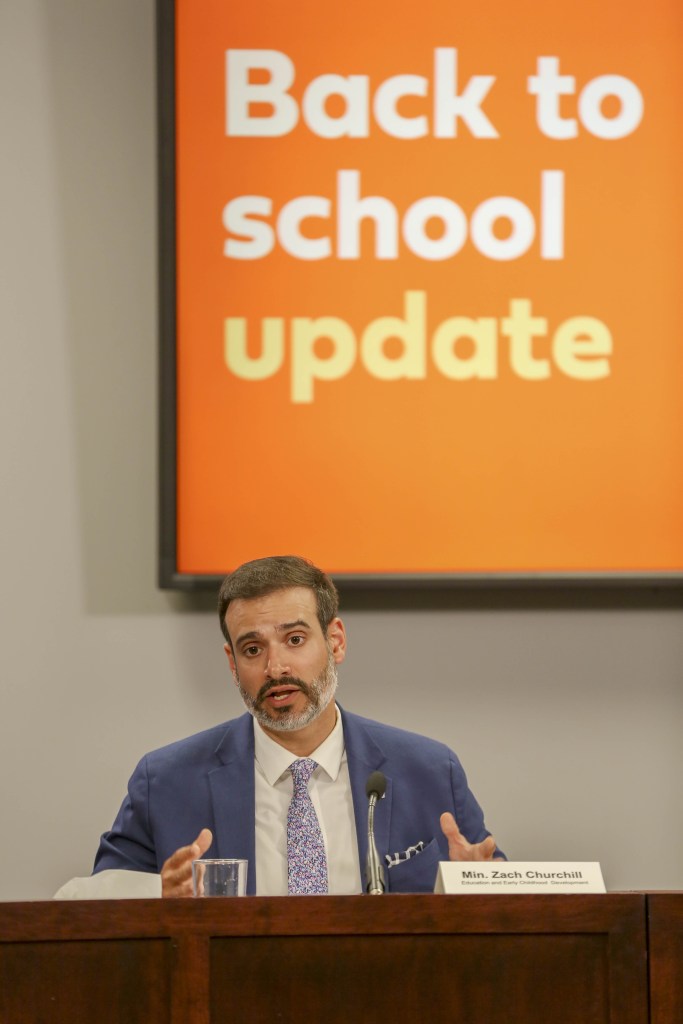 Asked about the commitment during Wednesday’s COVID-19 briefing, Churchill said the results will be posted this month. But he wasn’t as sure that testing was complete.

“I believe the vast majority of lead testing has already been completed, so we’re just in the process of finalizing the database and that will be up, as per our commitment, in September,” Churchill said.

“A plan to ensure access to lead-free water has been downloaded onto parents, students & staff,” Wozney tweeted.

“Many schools are requiring students to bring their own water in a reusable bottle from home each day & state no water will be available at school.” 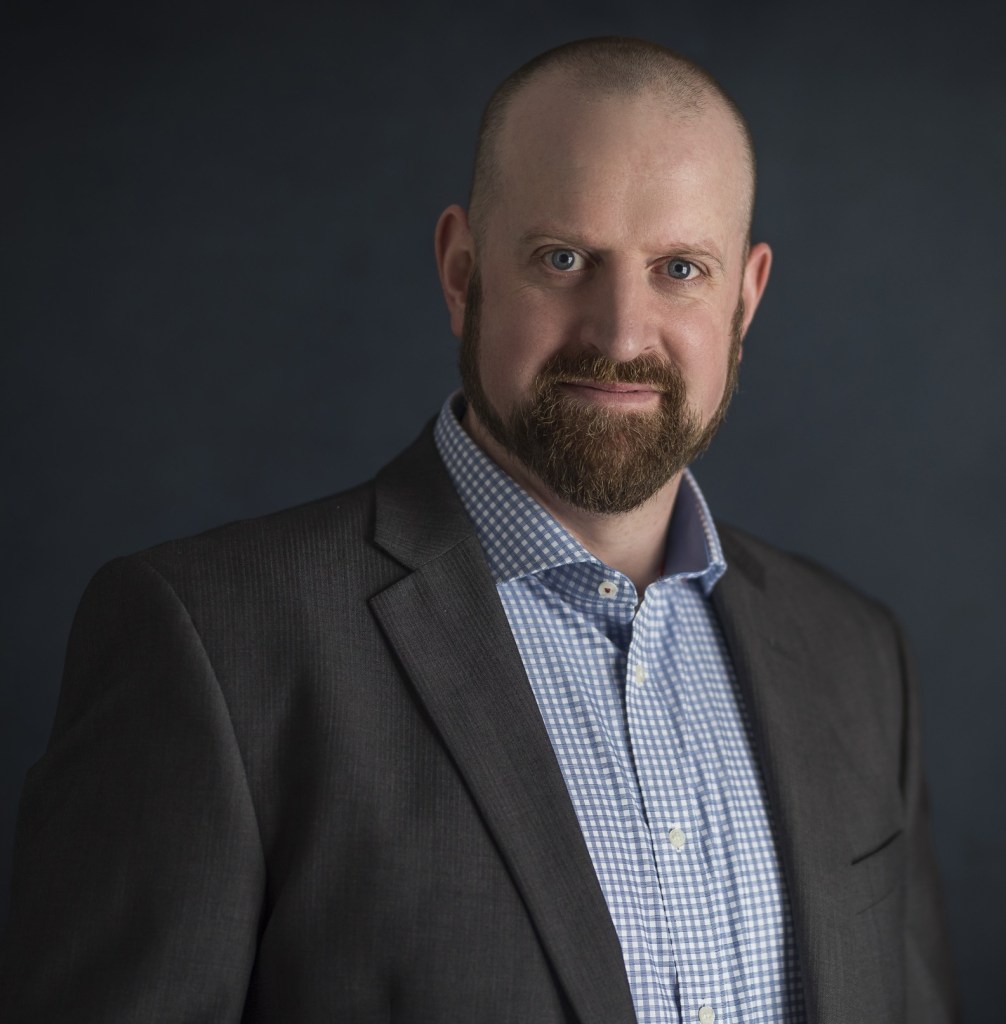 A teacher tweeted, “No drinking water in my school. Water not yet tested, water coolers not sanitary. Students and staff must bring their own drinking water daily.”

Churchill said that’s not the case.

“In every single school, there is access to potable water,” he said. “I’ve been reassured that by our regional executive directors and by our department. There are no exceptions to that that I’m aware of.”

MacLeod said students are being asked to bring their own bottles of water.

“Although clean water is available, students have been asked to bring a bottle of water each morning to reduce their movement throughout the school,” MacLeod said. “This is part of our COVID-19 response and layered approach to health and safety.”

In an interview Wednesday, Wozney said that bottle will be the only water source for some students and teachers.

Wozney said his daughters’ school has “made it clear that students are not allowed to access drinking water at school, full stop.” He’s been told the official plan is to have students, teachers, and staff fill their water bottles at home and bring them to school.

“And that’s not restricted to one school. There are schools all across the province,” he said.

Wozney said water coolers brought in to replace fountains that haven’t been tested for lead have been removed from hundreds of schools on orders from public health. And now parents are being told in writing that the only water available is water brought from home.

The policy creates a new inequity in schools, Wozney said, because some students may not have a proper reusable bottles or may not have safe water at home.

“Kids that don’t drink water don’t learn as effectively as kids who are properly hydrated,” he said.

“And what happens if a kid leaves their water bottle at home, they’re just supposed to go without for the day?”

The union is calling on the government to shift teachers’ professional development days to next week to delay the opening of schools by a few days, giving teachers, administrators and staff “time to sort out the turmoil they’ve been presented with by the government.”