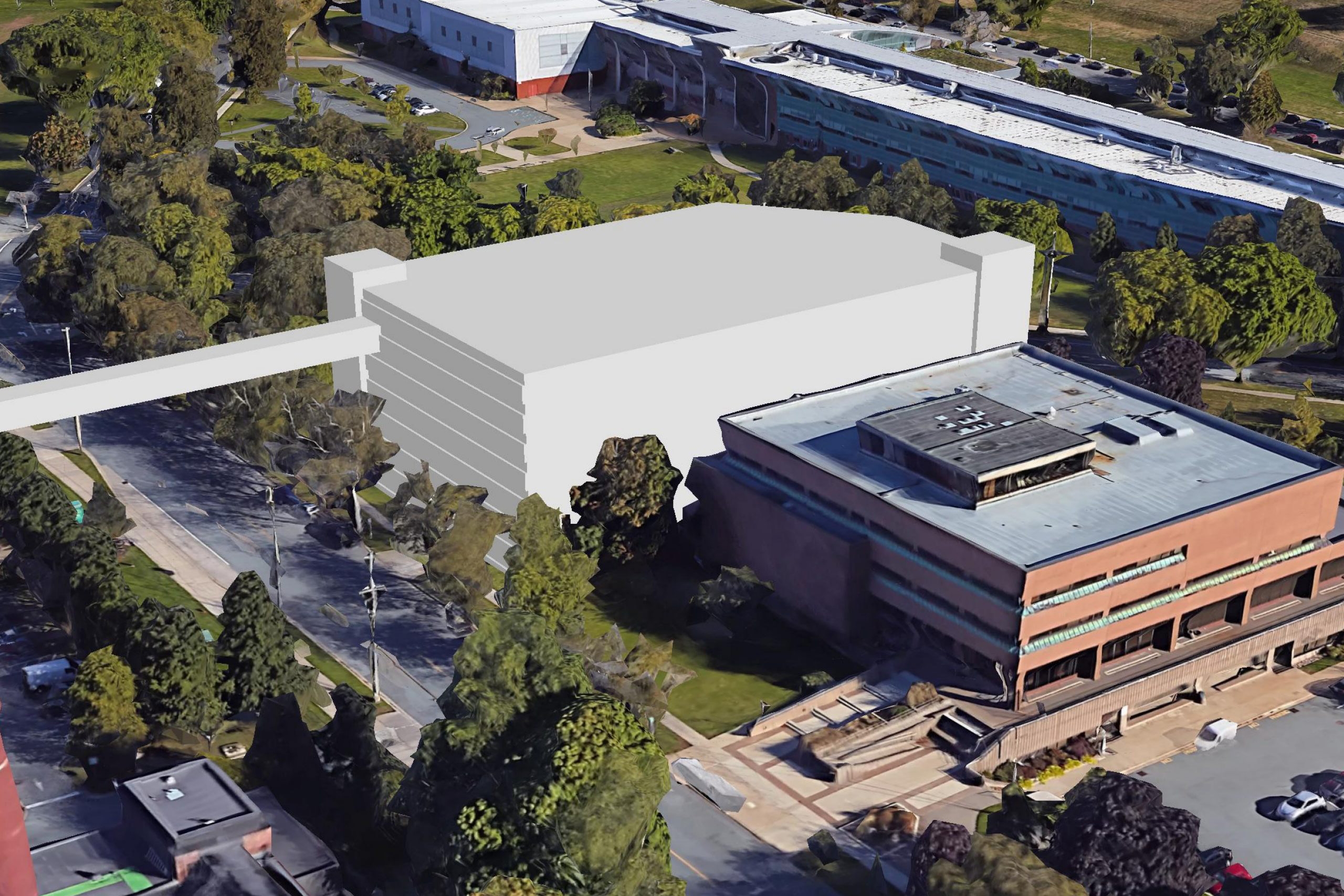 Lindsay Construction will lead the design and construction of the new parkade and pedway on Summer Street as part of the QEII hospital project, the province announced on Thursday.

In a joint news release from the health and transportation and infrastructure renewal departments, the province said construction is scheduled to start next month and the project is expected to cost $29 million.

The request for proposals for design and construction was posted on April 16 and closed June 9. The release didn’t say how many other bids were submitted.

The project has been the subject of controversy since the original plan — for a seven-storey, 900-stall parkade on the south side of the Museum of Natural History on Summer Street — was unveiled in the fall.

Citing its own study saying it needs 2,700 parking spaces near the Halifax Infirmary, the province says it needs the new building before it tears down the existing parkade on Robie Street to make way for more hospital beds.

That first plan would’ve required the purchase — or expropriation — of municipal land and partially displaced municipal tenants the Bengal Lancers and the HFX Wanderers. It also included a heating plant on green space at the corner of Summer Street and Bell Road. 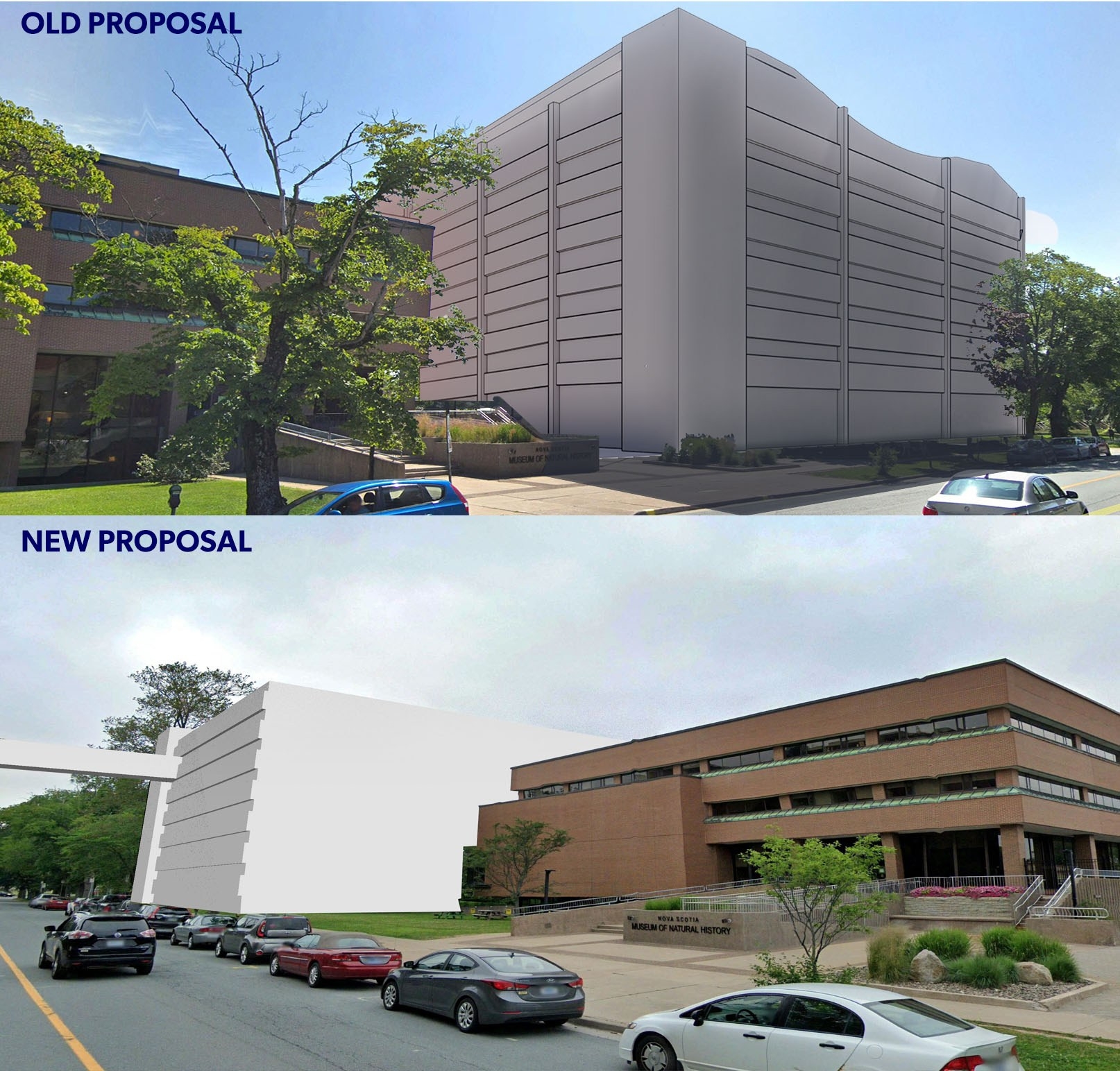 Renderings of the original and updated plans. — Marcel Tarnogorski via wayemason.ca

After hearing opposition from the public and Halifax regional council, the province changed its plans, opting instead for an eight-storey, 500-stall parkade on the north side of the museum and a pedway across Summer Street to the Halifax Infirmary. It moved the heating plant across to the hospital side of Summer Street.

Councillors voted unanimously in favour of a motion paving the way for the new plan at a special meeting in early April, reluctantly approving the pedway and a driveway over municipal land off Bell Road.

“This is not as bad as it could have been,” Coun. Shawn Cleary said during that meeting.

The municipality has no control over the size or design of the project because it’s on provincial land, but multiple councillors called on the province to prove with the parkade that it’s capable of decent design.

Thursday’s news release says Lindsay has assembled a design team consisting of Walter Fedy Architects, Fathom Studios, SDMM, Smith and Andersen, and BMR Engineering. The release included no new details on the design, and there are no renderings available from the province.

The province plans to build another parkade on the former CBC TV site at the corner of Bell Road and Summer Street with about 1,000 parking spaces.

Along with a second parking garage on the former CBC-TV site, a total of at least 1,500 cars will now congest one of the city’s most walked, biked, played-on areas at the confluence of Citadel High, the Nova Scotia Museum, Bengal Lancers, Wanderers’ Grounds, skate park, soccer field, Oval, children’s playground and a proposed new aquatic centre. These will now face a wall of parking garages, enjoy a soundscape of traffic and emergency vehicles and endure the health harms of toxic emissions.