You are here: Home / Featured / Prisoners in Burnside respond to the clemency decision for Cyntoia Brown

The following is a statement issued by prisoners in the Burnside jail.

We, the prisoners of Burnside, stand with all oppressed people over the world. These tyrannical times are hard on those who fight for freedom. We realize that some of these battles against criminal systems of injustice have been going on since the beginning of time. We ask those fighting injustice in Nova Scotia: don’t forget about incarcerated people.

This week, we were heartened to hear of the clemency granted to our incarcerated sister Cyntoia Brown. As incarcerated men, we stand with our many sisters who are under state control only because they are the victims of sexual violence from men. 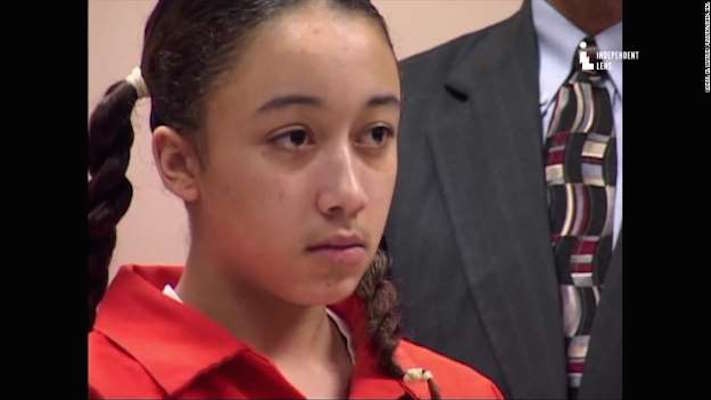 We join in the global calls for the release of all women who are incarcerated for the crime of defending themselves against violence, and as men, we encourage ourselves and our brothers to take responsibility for ending violence against women. Many of the men in here have been victims of violence, and some of us have perpetrated acts of violence in return. We know that as men we must take accountability and seek healing.

As we followed the reports of Cyntoia Brown’s planned release, we heard an interview with one of her advocates on Democracy Now. The host, Amy Goodman, asked the advocate if is she was surprised by the governor granting clemency. She responded that when people mobilize and they target a particular issue, they get things done. I, and my fellow prisoners, felt so exuberant at that. She said at one time the governor was getting 6,000 calls a day, so many that they had to change the number.

Obviously her cause is a great injustice and she needed to get free. But now we ask for all those who joined in this cause to continue the fight in solidarity with incarcerated people. There are Cyntoia Browns behind the walls of prisons right here in Nova Scotia.

As I write this, we hear of our Indigenous brothers and sisters in BC arrested and charged by the RCMP for defending their land. Too many prisoners in here are victims of colonial violence. From prisons to pipelines, the injustice is the same.

The majority of incarcerated people in this province come from backgrounds of racial injustice, poverty, lack of education, trauma, violence in families and our homes, abuse in the child welfare system, molestation and abuse in the so-called care homes and facilities of this province, and violence on the streets and at the hands of the authorities. We are the neglected and forgotten of society who suffer daily in unjust conditions.

What would happen if there were 6,000 calls a day to the Minister of Justice of this province asking for action? What would happen if tomorrow, and the next day, and the days after that, those of you who are reading this used social media to bring attention to the human rights violations happening behind these walls? What freedom and justice could we see then?

We are writing you as a last resort to make progress in a very unjust and unlawful situation. We are provincially held prisoners that are being overly segregated, taken advantage of because of our lack of resources and knowledge, overcrowded, manipulated, denied constitutionally enshrined rights and freedoms, railroaded through a biased quasi-judicial disciplinary process, and overall treated with great indifference, lied to, and bullied.

These conditions have stopped well past being harsh to an environment that is not only excessively repressive, but ties into a culture of dangerously toxic expulsion of civil liberties and gross human rights infractions. It’s bad. Staff are untrained, while managers are indifferent to us, yet overly punitive in a wayward prison discipline system that is dysfunctional and exempt from oversight.

We allege the current standard has been allowed to deteriorate past an atmosphere that is beyond uncomfortable and is blatantly unconstitutional.

Recently prisoners on my range engaged in a peaceful protest from August 21 to September 9. This was a time period when prison officials implemented a new model of direct supervision in the dayrooms. This move angered staff and alienated inmates as we did not receive incentives promised and added fire to an already trying time.

It cost at least $7 million to build this range that we’re on. And we don’t see the results of that public money. With all that money spent, you’d think the new model would have been implemented carefully and with planning. Instead, people have been dying.

The current situation threatens our mental health and our physical health. We are unable to make calls to our lawyers. We don’t receive our visiting forms back, and we learn that our visitors have been rejected when they are already at the facility. We are supposed to be taken to the gym twice a week, but we cannot remember the last time we have been. Programs are non-existent. We go to the courts as a last resort, and nothing happens. It’s impossible to function. It’s very frustrating and it’s reaching a boiling point. 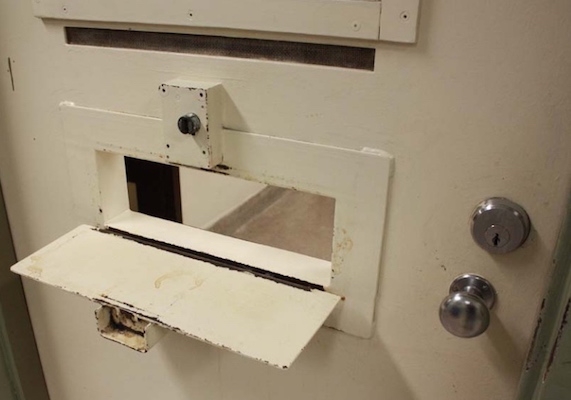 Our protest, we had hoped, would have led to more programs, better food, tolerable visiting conditions, adequate prison attire, and overall better, more just, humane treatment. Instead, we’ve been locked in our cells 22-plus hours the majority of the time since, and frustrated in court with a judiciary we feel is either complicit with inhumane treatment, or even worse, wilfully blind to the actual reality of being incarcerated in Burnside. Our protest garnered a lot of media attention, yet no fruitful gains.

The abuse of power and deterrence from due process is palpable, and once you factor in our supposed presumption of innocence, deeply infuriating. Our intolerable lockdown status for an indeterminate period of time has carried on for months now. As we sit in isolation, it is glaringly apparent human rights abuses are allowed to persist and fester, and that the rule of law and constitutional safeguards are obsolete, especially when it comes to random and unlawful contact precipitated by prison officials or department of justice representatives.

And it doesn’t matter how much you try to explain the process involved in a court case or the unusually high standard or bar that has to be met to prove a Section Seven or Section Twelve Charter violation to be successful when it comes to an especially at-risk, marginalized, vulnerable demographic.

We’re behind the wall in the prison, with no power or public voice. We were told we would have a prisoner union to advocate for our rights, but it hasn’t happened, and there is no one to speak for us. Officials claim there’s been assaults or violence that justify the lockdown, but we’re not at the table when those discussions are happening to tell our side.

We’ve been told recently that Nova Scotia is a broke province, and Legal Aid refuses to fund our initiatives or acknowledge constitutional deficiencies being allowed to manifest themselves in here. Again, our paramount issue is the excessive and arbitrary lockdowns that are months long, and for anybody in the legal community it is plain to see the inadequacies.

We feel we need advocacy now and we are entitled to be treated decently immediately. Anything less than spontaneous relief is uncivilized and inadequate. Things are far worse than they’ve ever been. We’ve been exhausted in courts through the habeas corpus process and readily admit we are unfit for that task. We need your help and partners in advocacy.

We know that justice can happen when the people show the will and come together collectively. Cyntoia Brown is scheduled to be released on August 7. August 10 marks Prisoner Justice Day in Canada, a day when we fast and strike to remember our fallen comrades and to protest the ongoing injustices that take place in prisons all over this country.

We ask you to stand with us that day, and every day, to amplify our voices. We ask in the name of all the unjustly incarcerated, of all those held because they are from the wrong race or background, all those struggling with mental health and addictions, all those who never received care or love from their families, all those victimized and neglected, all those fighting to change and heal, that you hear us, that you fight with us, and that the struggle for justice does not end here.