You are here: Home / Featured / Premier says ‘no’ to recommended raises for MLAs 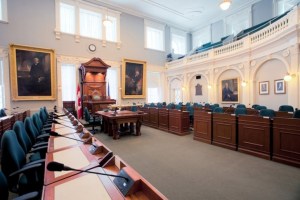 Premier Tim Houston has written to Speaker Keith Bain asking to reconvene the legislature so the government can table amendments that will prevent an increase to MLA salaries recommended by an independent panel.

If Premier Tim Houston gets his way, Nova Scotia’s elected representatives will not be receiving raises recommended by an independent panel appointed in May by the Speaker of the Legislature.

In a news release, Houston said he respects the work of the panel, but the government will not be accepting its recommendations.

“When inflation is at a 40-year high, gas prices are at historic levels, and many hard-working Nova Scotians are struggling to make ends meet, it is not the time to increase the pay of MLAs,” Houston said in the release. “As soon as I learned about the proposed raise, I took immediate action to stop it.” 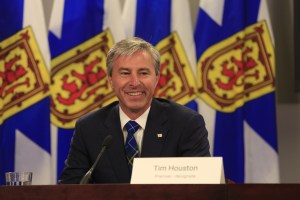 The premier wrote to Speaker Keith Bain asking to reconvene the legislature so the government can table amendments that will prevent the MLA pay increase recommended by the independent panel. This morning, it was announced the legislature will resume on July 26 at 2pm.

The independent panel was comprised of Dalhousie University professor Ajay Parasram and lawyers Burtley Francis and Kyle MacIsaac. They recommended the base salary payable to all MLAs should be increased by 12.6% — an amount identical to that received by civil servants between April 1, 2014 and the date on which the recommendations from the panel would take effect: September 1, 2021. The recommendations of the review panel are binding on the government.

The premier’s salary of $202,000 would not go up. The panel was likely aware of the premier’s criticism earlier this year of any salary increases for elected politicians. The panel has recommended a decrease in the top-up amount Houston earns as premier that is equivalent to the $11,246.01 raise he will earn as MLA for Pictou East.