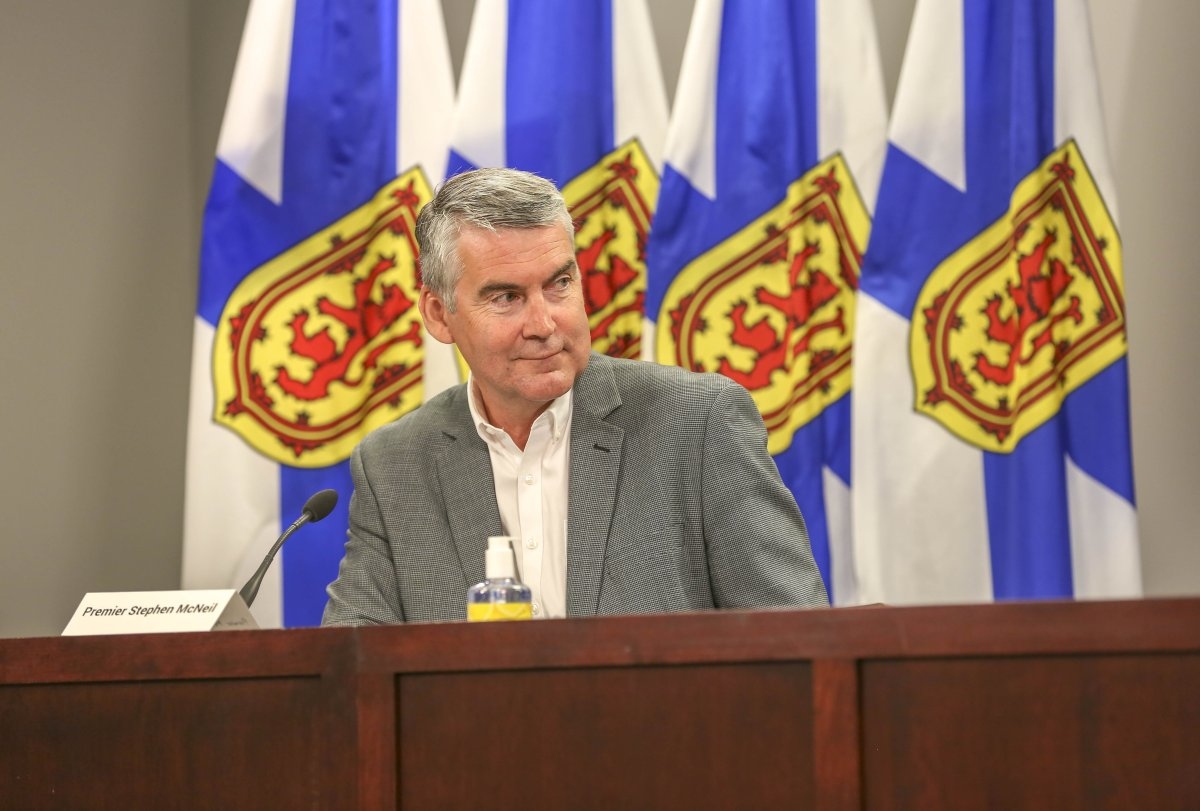 “Teachers and principals are getting ready to welcome kids to school right now,” said Premier Stephen McNeil today. “Obviously there is some anxiety associated with that, no question. But the rhetoric around schools being in chaos is not helpful and not accurate.”

McNeil was referring to a comment made by Nova Scotia Teachers Union (NSTU) president Paul Wozney yesterday. Wozney sent out a news release stating schools are not prepared for the safe return of students and are “in a state of chaos.”

“With just two business days until the arrival of students, ventilation systems have yet to be inspected or fixed, windows still don’t open, safe drinking water is not available, proper handwashing stations with soap and running water have not been installed, and hallways are filled with old furniture,” said Wozney.

The NSTU suggested delaying the start of school by two days could help resolve some of those issues, such as where and when groups of students will wash their hands and how students bussed to school will keep their distance when they arrive for class.

McNeil scoffed openly at Wozney’s request for a two-day delay, noting students and teachers had been out of school since mid-march. He said as concerns and operational issues arise, they will be addressed and schools will make adaptations. McNeil likened the reopening of schools to the reopening of the economy a couple of months ago. But that’s where the premier and the head of the Teachers Union disagree most starkly.

Wozney has argued children and teachers are less safe in a school than they are at a Canadian Tire or Sobeys store because most classrooms aren’t large enough to accommodate the two-metre physical distancing required by Public Health everywhere except at school. The Department of Education has not reduced class sizes, which vary between 20-25 in elementary and 30-plus in high school.

“In the middle of a global pandemic we cannot afford to reopen schools in a manner that is rushed or ill prepared,” said Wozny’s statement yesterday. “If the government fails to take the necessary steps, the NSTU will file a policy grievance regarding the breach of the province’s duty to ensure a safe learning and teaching environments for students and teachers.”

Unlike students in elementary school who will remain in the same group and take most of their lessons in one place, students in high school will take different courses with different groups. The NSTU supports starting the school year with a “blended” model that would see high school students attending class on alternate days( to reduce the risk of infection linked to large class sizes) and learning on-line at home when not at school. The province says it will move to a “blended” model if and when there are outbreaks of COVID-19 at school, but the province’s notion of blended is different than the NSTU’s — for the province, “blended” means nearly all high school will study from home, with lower grade students spread out into the high schools.

Nova Scotia’s Chief Medical Officer of Health expects there will be outbreaks and has told parents to get prepared to keep students home for two weeks when they happen. Dr. Robert Strang says the combination of wearing masks in class, increased cleaning, and other safeguards make re-opening schools an acceptable risk. The NSTU is advocating for a back-to-school model (similar to Toronto’s) it claims would do even more to make schools safe.

The NSTU says starting the school year with a blended learning model for high schools combined with smaller classes at the elementary and middle school levels could prevent having to shut down entire schools later in the fall. It’s an argument that has once again put teachers on a collision course with the government over what’s best for students and families.