You are here: Home / Commentary / Portapique: how to (maybe) turn a rickety review into a transparent public inquiry 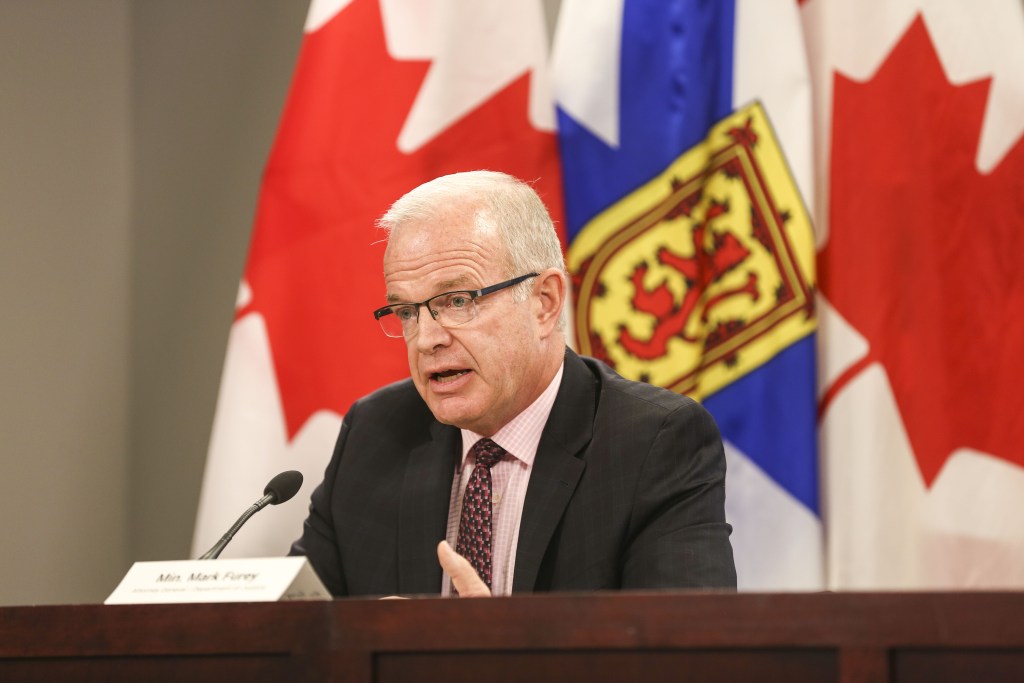 Allow me to make a modest suggestion.

Let’s assume Nova Scotia Justice Minister Mark Furey is correct. He and federal Public Safety Minister Bill Blair chose the three-member “independent and impartial” panel to “review” April’s mass shooting in Nova Scotia “because of their experience in fact-finding and independence, in-depth knowledge of public safety, policing and gender-based and intimate-partner violence, as well as their understanding of shared federal-provincial relations and responsibilities.”

It seems a fair enough assumption.

Michael MacDonald, the panel’s chair, is a former chief justice of the Supreme Court of Nova Scotia. Back in 1998, I watched as he presided even-handedly — notwithstanding the unsatisfactory outcome — over the controversial sexual assault trial of former premier Gerald Regan. As chief justice, he made efforts to diversify the judiciary and has been described by his predecessor, Joseph Kennedy, as “transformative” and “one of the great chief justices in the history of Nova Scotia.”

Anne McLellan, a former federal Liberal deputy prime minister, presider over many ministries including public safety and justice from 1993 to 2006, has become Prime Minister Justin Trudeau’s tag-you’re-it designate for difficult files — from chairing a task force on the legalization of cannabis, to playing the role of special advisor on the SNC Lavalin affair, to… well, this mass shooting inquiry… er, review.

An aside. It is worth noting that, on Feb. 4, 2004, McLellan herself appointed a major public inquiry into the Actions of Canadian Officials in Relation to Maher Arar, the Syrian-born Canadian citizen the US government shipped off to Syria to be tortured on the false assumption he was a terrorist. By the time its hearings ended 19 months later, in September 2005, the commission had heard from 85 witnesses, most in public. Two months after that, an inquiry-appointed fact-finder publicly concluded Arar had been tortured. On Sept. 18, 2006 — two years and seven months after it was appointed — the commission issued its final report exonerating Arar and concluding Canadian officials likely led to his deportation and torture.

That’s longer, of course, than the 13 months Ottawa and the province have given this review to come up with its public-hearings-free, context-less recommendations. While that may seem like a long time, it isn’t really. The fact is that during the Arar inquiry process — as with every public inquiry from the Donald Marshall royal commission to the ongoing inquiry into Lionel Desmond’s murder-suicide — public officials testified and were publicly held to account for their actions and for their failures to act. As important as its final report, that public process was a critical part of learning, accounting, correcting and healing. True restorative justice.

Leanne Fitch, the retired chief of the Fredericton police force, is equally impressive. A veteran of 34 years in the municipal policing business, including seven as chief, she served on a Canadian Association of Chiefs of Police committee that developed a national framework for dealing with intimate partner violence, and is currently involved with three research projects, also on intimate partner violence, at the University of New Brunswick.

So, OK. This is a review panel with gravitas and experience in many of the key areas that people — including the families of victims — have been demanding.

But the fact is the families asked for a public inquiry, not a review Why? As my Examiner colleagues catalogued the reasons a review won’t cut it following Thursday’s announcement:

In the event that the panel needs information from non-government institutions (such as telephone companies, banks, etc), the panel does not have the power to ask the court for production orders. But the government will assist the panel in those matters.

The Terms of Reference for the review panel calls its work to be “guided by restorative principles in order to do no further harm, be trauma informed and be attentive to the needs and impacts upon those most directly affected and harmed.” In short, the desire is to not further harm victims and family of victims through the process of the review. To that end, the testimony of those witnesses will not be public.

Let’s make another perhaps reasonable assumption. When the panelists issued their first collective statement hours after the official announcement of their appointment — “We believe the scope and mandate of the review announced today, July 23, will provide us what we need to do this work effectively and comprehensively” — they were simply mouthing the usual boilerplate bafflegab composed by a federal-provincial comms committee eager to put a shine and a sheen on a pig.

They almost certainly had not yet had the opportunity to digest the swelling outrage from all quarters about the limitations of their mandate.

Time for that modest suggestion.

The distinguished panelists can’t have missed the roaring-tsunami backlash that washed over news of their appointment to what Maclean’s columnist Paul Wells calls “a toothless, rickety review panel” and has effectively undermined their legitimacy. Consider:

Given all of that, the panelists should now immediately issue a second public statement, this one written by themselves without the aid of government handlers.

The only way to ensure public confidence in the process, it should say, is for the federal and provincial governments to give them the necessary authority — as the premier suggested he would — to hold public hearings, compel witnesses, demand documents, and conduct a full, open and transparent inquiry into the Poratpique tragedy.

I will try not to hold my breath.

Postscript: One of the most intriguing — but least puzzling — aspects of the governments’ decision to establish this constrictive review instead of an open public inquiry is why they decided on an approach no one publicly asked for and almost everyone opposed.

The answer — perhaps finally to be officially revealed through access to information requests — is almost certainly that RCMP brass lobbied Mark Furey, a 32-year veteran of the force, and Bill Blair, a 30-year veteran of the Toronto police service, to bless a review it hoped it could control and contain.

Does anyone have a more logical explanation?