You are here: Home / Featured / Poll: Liberals still lead, but PCs and NDP are gaining ground 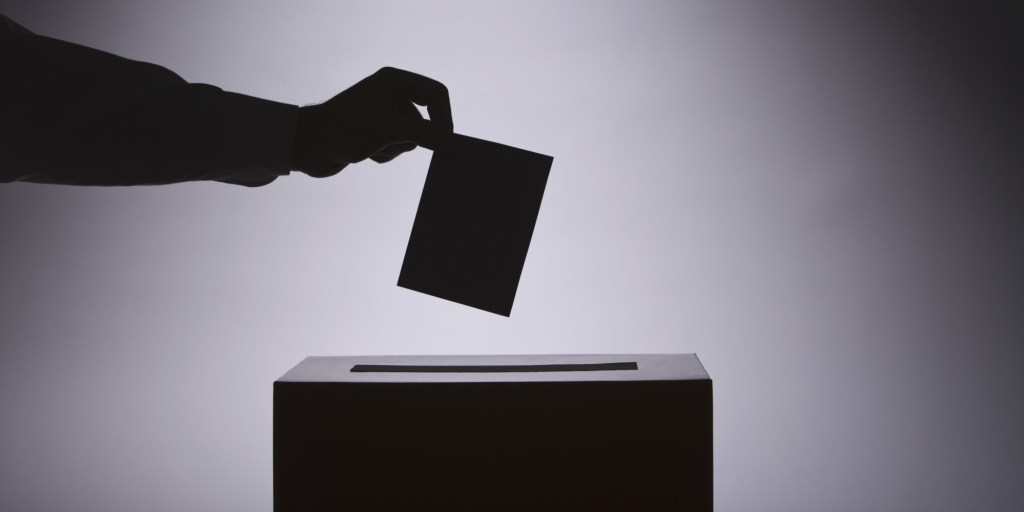 A new poll out this morning suggests that with less than a week before the provincial election, the Progressive Conservatives and NDP are gaining momentum.

“With almost a week left before the election, the question is will that momentum continue? If so, we could potentially see a change in government,” Narrative Research CEO Margaret Brigley said in a news release.

The poll also found “an unusually high” level of undecided voters, with 35% still indicating they weren’t sure which party would get their ‘X’ at the ballot box.

Although the Liberals and NDP are “neck-and-neck” among HRM’s decided voters, the race is “tight” between the PCs and Liberals across the remainder of mainland Nova Scotia. In Cape Breton, the survey found PCs are in the lead ahead of the Liberals. 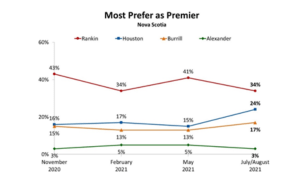 Although the gap has narrowed when it comes to which leader Nova Scotians prefer, Liberal Party leader Iain Rankin is still the number one choice at 34%. Houston is next at 24%, and the NDP’s Gary Burrill is the choice of 17% of those polled.

Brigley said voter turnout will likely be key to determining the outcome of next week’s election, noting each party tends to be supported by different ages, and turnout tends to increase with age.

“The ground game for each of the parties will determine the outcome of the election. The lower the overall voter turnout, the greater the likelihood of an upset,” Brigley said.

However, Brigley also noted the company has never seen a government lose an election when performance satisfaction levels are more than 50%, and the Liberals are now sitting at 61%.

“Given the unusual times, performance assessment of government is likely strongly linked to the government’s handling of the pandemic,” Brigley said in the release.

“This might not be as an important measure when satisfaction is not related to more broad-based performance, but rather more likely based on a single issue.”

The survey results are part of Narrative Research’s Atlantic Quarterly telephone survey of Atlantic Canadians and drawn from an overall sample of 540 Nova Scotians conducted from July 27 to Aug. 9, with overall results accurate to within +/- 4.2 percentage points, 95 times out of 100.