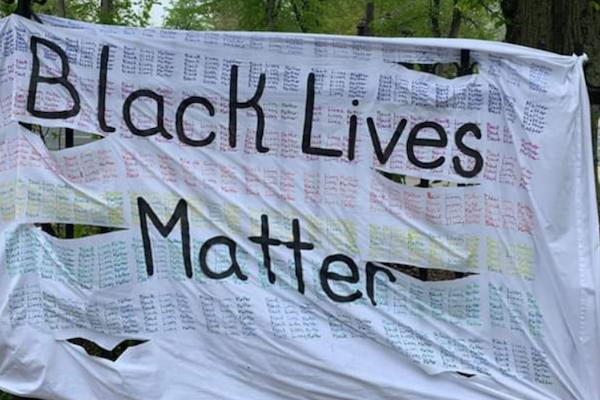 Call it the dance of the dodge.
• We need to wait, we need to respect the process, we need to make an informed decision based on the appropriate investigation…”
— Halifax Police Chief Dan Kinsella, Jan. 20, 2020.
• “After some initial investigation, it has been determined, based on medical records, the matter meets SIRT’s mandate,” but no, SIRT won’t be commenting until the investigation is complete, whenever, if ever, that might be…
— Pat Curran, Serious Incident Response Team interim director, Jan. 22, 2020.
• “Decisions regarding a prosecution must be based on an assessment by the Crown attorney of the available evidence and established legal principles supporting the exercise of prosecutorial discretion” because the Crown “does not argue cases through the media…”
— Nova Scotia Prosecution Service, June 4, 2020.
• … And blah blah blah.
— 100 years ago, and on and on, ad infinitum?

Black lives may matter, but they clearly don’t matter all that much.

It has been an extraordinary two weeks in the world of race in the larger world of “us,” which is to say the world of those of us who aren’t black, or poor, or — more problematic — both black and poor.

Those of us who are white can only imagine what it must feel like to be afraid when you go for a drive in your car, stroll along your neighbourhood street, browse through your local shopping mall, or allow your child to leave home at all. Will some policeman, or authority figure, or even some random passerby decide you look suspicious simply because you look like who you are… black?

The fact so many more of us, here and around the world, are finally trying to comprehend that reality and to acknowledge the long, ugly history of systemic racism in our city, province, country, world has got to be a step forward.

White folks — businesspeople, politicians, athletes, entertainers, even some cops and plenty of ordinary white citizens — are speaking up, taking a knee, conceding truths we always knew but never acknowledged.

All good. Even if we also know, even in the moment, that some of our empathy is self-serving, of the moment, momentary. “Most of the people asking, ‘what can I do?’ now will move on in the next viral moment,” as my colleague El Jones astutely points out. “I don’t expect there to be 3,000 people at the next police board meeting…”

Still, we — white people again — are at least in a more honest place today than where we were before May 25 when a Minneapolis cop named Derek Chauvin pressed his knee against George Floyd’s neck and squeezed the life out of him.

The real question is what are we prepared to do with this new awareness? 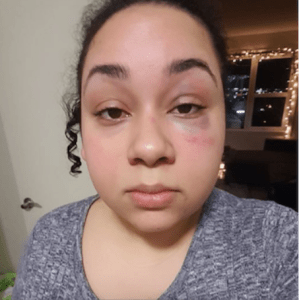 What will we do, for example, to hold our public officials (mayor and city council, police commission, police chief), as well as private businesses (Walmart), accountable for the lack of official accountability to date in the case of Santina Rao?

You probably remember the story. On Jan. 15, 2020, a young woman named Santina Rao was shopping with her two young children in the toy aisle at the Mumford Road Walmart. While there, three Walmart employees and two police officers accosted her, accused her of stealing.

Stealing? She’d already paid for a $90-electronics purchase in the store’s electronics department, picked up some produce — a head of lettuce, two lemons, and a grapefruit, which she’d placed in the basket beneath her stroller — and was planning to buy a Barbie for her daughter, all of which she also intended to pay for before she left the store. She was — to be clear — still in the store and hadn’t yet reached the checkout, let alone left the store with unpaid-for goods, when the cops approached her.

She says she offered to let the officers search her bags, even the stroller, but they continued to accuse her of theft. As she became more stressed and agitated — wouldn’t you? — the confrontation escalated, and police threatened to arrest her for causing a disturbance. More cops arrived. According to Rao, one of them tried to grab her child. When she moved to protect her daughter, the scene turned violent. Police tackled her. She scratched at one officer. By the time it was over, there would be six officers to one of her.

She got by far the worst of it: a concussion, a broken wrist, bruising around her eyes, arms and back.

The police charged her with causing a disturbance, assaulting a peace officer and resisting arrest.

Theft? The ostensible reason she was stopped? No mention. 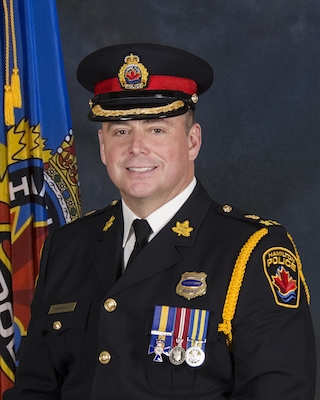 After the incident became public — someone in the store had shot video of the last moments of the confrontation and arrest, and Rao herself posted images of her injuries on social media — Chief Kinsella called the incident “disappointing. We take all of these matters very seriously.”

A few months before, Kinsella had symbolically taken a knee, publicly and personally apologizing for the Halifax police force’s long history of institutional racism, discrimination and street checks, most of which conveniently predated his arrival as chief.

“Far too many times we have failed you,” Kinsella, dressed in his formal police blues, declared as members of Nova Scotia’s black community looked on in Halifax’s Central Library. “I acknowledge the community’s concerns that the actions of police have had a negative and deep impact on generations of the African Nova Scotian community and disproportionately on young black men.” In future, Kinsella told his audience, police officers would be “held accountable for their actions.”

But, of course, just two months later, Kinsella couldn’t/wouldn’t say whether his officers had acted appropriately in the Santina Rao incident until after the Serious Incident Response Team — the supposedly independent outside agency made up primarily of former police officers who investigate allegations against current police officers — had decided whether to investigate.

It is worth noting Kinsella did call the recent police killing of Floyd, which happened well outside his jurisdiction, “unacceptable.”

SIRT eventually conceded the case “meets” SIRT’s mandate and announced it would investigate. After that, of course, Kinsella couldn’t comment until SIRT completed its investigation and filed a report.

That was in January. It is now almost five months since the incident in the Walmart, and there has been no SIRT report and no comment from Kinsella, most recently during an interview with CBC’s Information Morning on Friday.

But Rao, of course, is still facing charges. Her hearing was put off yet again last week, this time until July, because the Crown says it isn’t finished investigating yet.

Really? How long does it take?

It is past time for the rest of us to demand our mayor, city councillors and premier, all of whom have expressed the requisite shock, anger, outrage and sorrow at the killing two weeks ago of a black man at the hands of police in Minneapolis, Minnesota — 3,000 kilometres and 30 hours from Halifax — demand answers.

What really happened in that retail store in Halifax last January? Who is responsible? Are they being held accountable?

But after George Floyd’s death — which didn’t happen inside a Walmart store, but could have — the US-based company began its 50th annual general meeting with a full-throated, ringing denunciation of Floyd’s “senseless” killing, along with all manner of systemic racism and police brutality, and insisted Walmart has a “role to play in helping create a more just and fair country.”

Perhaps Walmart could start by apologizing for what happened inside its store in Halifax — and for its failure to respond earlier.

We — white people — are right to denounce systemic racism and acts of police brutality. But, while we righteously protest globally and generically, we also need to act locally, using our white-people power to press for answers and actions that will lead to real change and accountability.

And once we get answers to what happened to Santina Rao, we could move on to the case of the 15-year-old Bedford boy who claims he was racially profiled and then roughed up by police outside a shopping mall in February, and the more recent case of Regis Korchinski-Paquet, the Toronto woman with Nova Scotia connections who “fell to her death after an interaction with Toronto police,” and the still more recent case of Chantel Moore, the indigenous woman who died last week during a police “wellness check,” and then …

We white people have some work to do.