You are here: Home / Featured / People with disabilities ‘getting left behind’ during pandemic 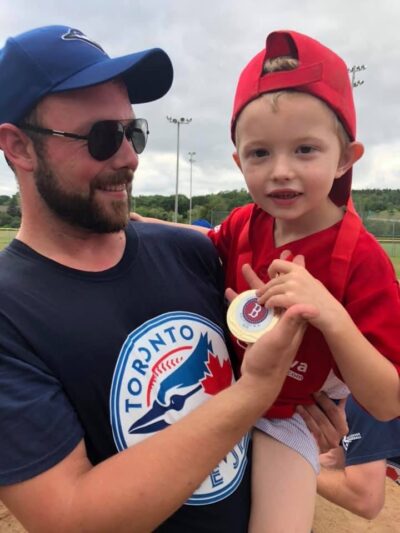 An Eastern Passage father says he’s devastated that his young son with autism won’t be able to continue a critical intervention program put on hold due to COVID-19.

The EIBI program was the family’s best hope for giving him some of the key skills required before entering school in September. Prior to its suspension in March, the program had also started paving the way for Jackson to communicate.

“Jackson is definitely a happy, funny, smart little boy, but we are lacking especially in communication, so there are definitely areas where he’s not thriving,” Gracie said in an interview. “Since he was 18 months old we knew something was up, and then we had to wait until he was almost five years old in order to even get a diagnosis.”

The EIBI program focuses on developing functional social-communication skills in preschool children with ASD using specialized treatment methods. The program is funded by the province’s Department of Health And Wellness and offered through the IWK Health Centre, the Nova Scotia Hearing and Speech Centres, and the Nova Scotia Health Authority.

Gracie said it took more than two years before they received an ASD diagnosis. The wait to get into the program was stressful knowing that the younger a child is when starting EIBI, the better the outcome.

Despite a lack of consistency due to several administrative changes with program implementers, clinical interventionists and hearing and speech language pathologists, Jackson was thriving in the program. In particular, he was making great progress communicating with the Picture Exchange Communication System (PECS). That system uses the exchange of photos to communicate.

“He started going by leaps and bounds. He was jumping phase to phase to phase and we were seeing great progress,” Gracie said. “When he would actually hand you the pictures you could see the pride in his face. He was just so excited to be understood.”

Last week, the family was told EIBI services for children like Jackson who were born in 2014 wouldn’t be extended. Gracie said they were also told children born in 2015 will likely lose out on the service altogether.

“There were no expectations of a cut off. We knew this pandemic was going to go on for awhile, but we thought there would be a better plan in place for these kids,” he said. “To find out that no, the hours are not going to be extended and even the kids from 2015 may not get the program at all it just blew us away.”

Jackson was working with EIBI between three and six hours per day, four to five days per week. When the pandemic hit and the program was suspended, Gracie never imagined it would be cut off completely. Jackson was slated to continue in the program until this August.

“As his parents, between having to work daily and trying to take care of Jackson and keeping a house going, there’s only so much time in the day that we can work on therapy,” Gracie said.

“We’re his parents, not his therapists, so he’s going to respond differently to us than to them. It would be an hour or two a day (during the pandemic) compared to the three to six with them…We’re not really intensive because we’re not the therapists that he needed.”

The news came as a devastating blow to the family. Gracie said they chose to keep Jackson out of school last year, paying to keep him in daycare where interventionists could consistently work with him with minimal disruption.

“It was an added cost for the year of course, and by law at the age of six he has to start Grade Primary so we’re now sending him to Grade Primary not prepared and not able to communicate,” Gracie said.

“We just don’t know what to expect this next part of our life without having the proper tools for communication and other behavioral therapies that he really required in order to set him up for life. It’s really, really devastating.” 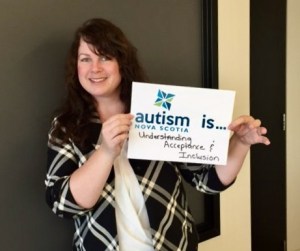 People with disabilities ‘getting left behind’

Autism Nova Scotia’s executive director Cynthia Carroll said although she reached out to the province about the status of EIBI for children whose programming was suspended due to the pandemic, as of Thursday evening she’d not yet heard back.

“This is an example of a family potentially falling through the cracks of COVID-19, and I guess the question is how is the province going to offer support and services to families who are in this situation,” Carroll said in an interview.

“We don’t want any families to be penalized because of COVID-19, so I guess the question to the government is what is their plan to ensure families get access to this gold standard and incredibly important treatment?”

Carroll said Nova Scotia prides itself on the fact that every family who has a child with a diagnosis of autism gets access to EIBI. But as the prevalence of ASD rises and the demand for the program steadily continues to climb, funding hasn’t kept up.

Children used to get access to the program around age three, which is considered ideal. Now, Carroll said they’re waiting until they’re four and five years old. She also points to the fact many parents have had to make the same difficult decision as Gracie, holding their children back from primary in order to access EIBI.

“It’s one piece of like a larger intervention support plan that families want to be part of the decision making process on,” she said. “The fact that that piece has been potentially taken away from this family is heartbreaking.”

Carroll said the program needs to be accessible to every child with a diagnosis of autism before they hit school, and she’s concerned about the number of children who may have slipped through the cracks due to the pandemic.

“Persons with disabilities are getting left behind in the COVID-19 conversation, and what we don’t want to see is young children on the autism spectrum falling between the cracks because of COVID-19,” she said.

“We need to look at what is that return to service plan for EIBI and we need to see an investment by the government to ensure that these children don’t get lost in the COVID-19 conversation or as a result of the pandemic because if anything, this is a really critical time in their development and we definitely don’t want to see that sacrificed.”

Gracie said he has no idea what happens next for Jackson. Without the proper intervention and help during this crucial learning period in his early childhood, he fears his son won’t thrive as well as he should.

“I’m praying that the education system is really going to pick up the slack where the health care system has failed,” Gracie said.

The family’s hope is that the health care system and the education system can work together at Jackson’s school for at least the first half of the school year to help him transition and prepare.

“When you are starting a family you never know what’s going to happen and you never expect you’ll end up having a child with special needs. You love them so much, but there are some struggles that come along with it,” he said.

“I can only really advocate for myself but I’d like for the families out there to know that they’re not alone.”

On Monday afternoon, the Halifax Examiner reached out to the Department of Health and Wellness to ask whether EIBI was indeed being cut for children whose therapy was suspended due to COVID-19. We also asked if children born in 2015 would have access to the program, and inquired about the number of families that might be impacted by the suspension and/or cancellation of EIBI therapy due to the pandemic.

“The Department of Education and Early Childhood Development is working with EIBI and the regions to reach out to parents of children transitioning to school to ensure the appropriate transition supports are in place for September.”