You are here: Home / Environment / Owls Head Provincial Park has been deleted from the province’s map of parks and protected areas

Last year the government quietly removed Owls Head provincial park in Little Harbour from the province’s pending protected status list. The move was made so negotiations could begin with Lighthouse Links Development Co., which hopes to acquire the 285 hectares of coastal headland, add it to land it already owns, and build up to three golf courses.

Environment Minister Gordon Wilson said that even if the land is sold, no development would proceed before first going through the environmental assessment process, which includes opportunities for public comment.

“We always have the legislation in front of us to protect any piece of property down the road from significant environmental damage,” said Wilson, who was not minister at the time the decision to de-list Owls Head was made.

“Any development that goes on any piece of property and touches on any kind of environmental sensitivities … there is a process that we have and it is within our regulatory world that we, I think, do a very good job ensuring that our environment and our significant areas are protected.”

But today, the Nova Scotia Department of Environment has deleted Owls Head Provincial Park from the main protected areas map on the government website:

Yet the underlying baseman still shows the provincial park, complete with park boundaries. 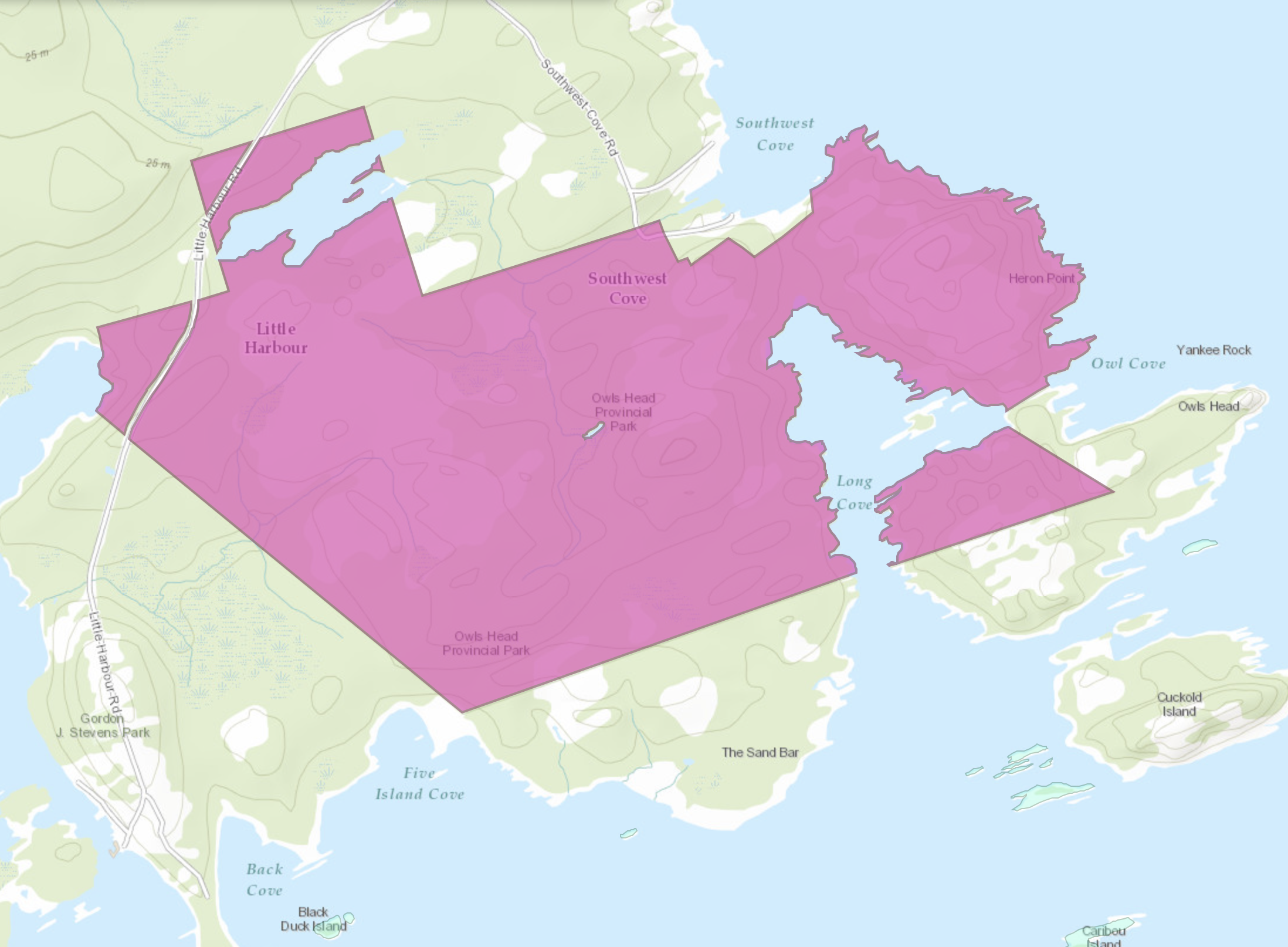 Owls Head Provincial Park as it was depicted on the Nova Scotia Department of Environment’s map yesterday. 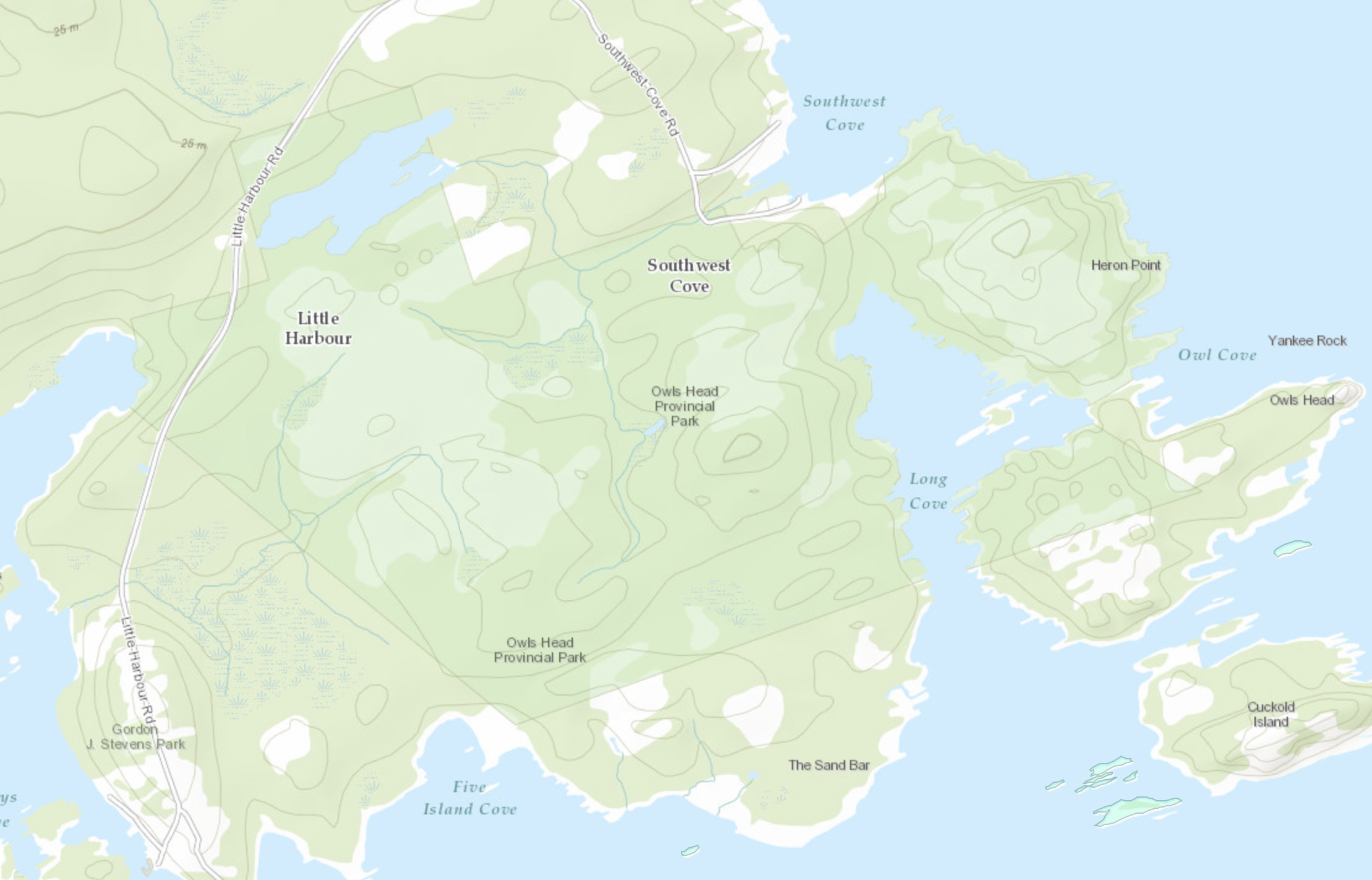 Owls Head Provincial Park as it was depicted on the Nova Scotia Department of Environment’s map today.

Owls Head Provincial Park Reserve has existed since the 1970s; that’s why it’s on the basemap.

Removing the reserve as a listed park or protected area from the main map contradicts Wilson’s implied suggestion that regulations will protect it.

“The government can purge the website all they want, that won’t make the problem go away,” says Chris Miller, the executive director of the Canadian Parks and Wilderness Society’s Nova Scotian chapter. “It just makes them look like they don’t know what they are doing. They delisted the park behind closed doors and they are still attempting to sell off those public lands for private development without any public consultation. That’s wrong. They need to stop.”

Update: Miller clarifies with me that Owls Head has been a proposed provincial park for several decades.