You are here: Home / Featured / Nurses aren’t signing up for jobs despite Nova Scotia Health’s offer of bonuses 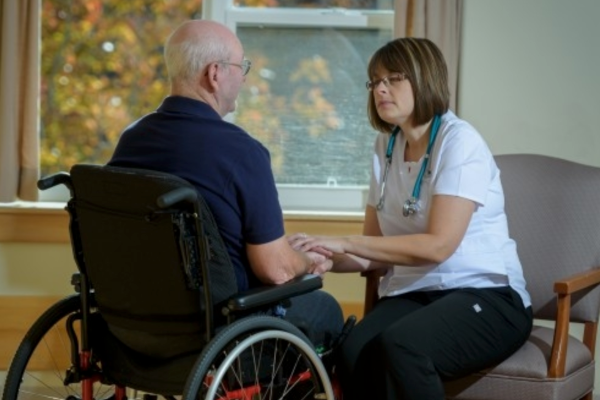 While tens of thousands of patients wait for their postponed elective surgeries to be rescheduled, Nova Scotia Health (NSH), which operates the acute care system, continues to struggle to find enough staff and beds to deal with the backlog.

According to data from NSH, two months ago there were approximately 1,555 vacancies for registered nurses (RNs) and 364 vacancies for licensed practical nurses (LPNs) at hospitals across the province. At the end of March, Ottawa announced funding of about $51 million to assist the province with the backlog, but no concrete plan has emerged.

Since December, NSH has made bonuses of up to $10,000 available to attract nurses to “hard to recruit” locations outside Halifax, or in “hard to recruit” specialties such as mental health and surgical nursing positions at hospitals everywhere, including in HRM.

If it wanted to compete with other equally short-staffed provinces, NSH didn’t have much choice but to go the bonus route. Last September, Quebec Health Minister Christian Dubé offered $18,000 bonuses for nurses to come out of retirement or to move from part-time to full-time work. According to the Canadian Press, 1,000 Quebec RNs and LPNs had taken the offer by the end of the first month, and Dubé said his department was continuing to negotiate with hundreds more.

But in Nova Scotia, nearly six months after the $10,000 signing bonus was discreetly introduced, only 24 registered nurses have signed on. According to NSH senior media advisor Brendan Elliott, “operational leaders” determine which nurses are eligible to receive a bonus and the total amount to be paid. Elliott said “incentives are considered based on a number of factors. The impact of the vacancy is one, and demonstrated efforts to recruit is another.” 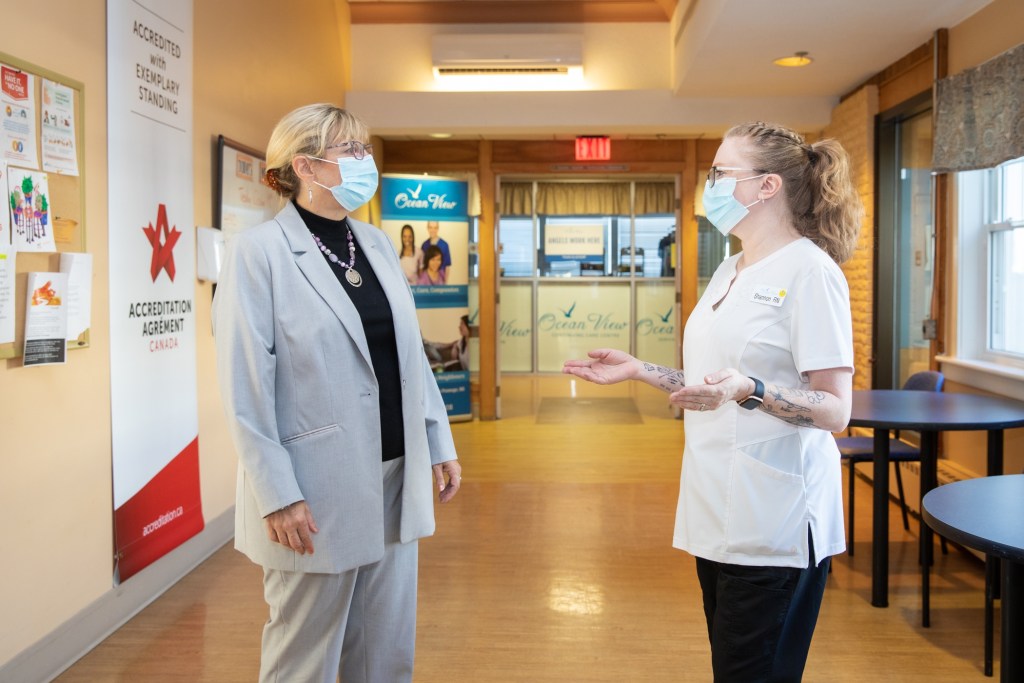 While the bonus has yet to make a dent in filling nursing vacancies in hospitals, it may be having a negative impact on efforts by nursing homes to attract and retain RNs. Unlike hospitals, operators of nursing homes have not received any additional money to compete for nurses.

Licensing requirements for long-term care homes require at least one RN to be present on site at all times. Inspection reports prior to the COVID-19 pandemic showed that many homes — regardless of whether they were operated by non-profits or private owners — were often unable to meet that requirement.

“Many rural long-term care homes are losing nurses or having trouble recruiting nurses due in part to the generous incentives offered by recruiting agencies and in some cases, Nova Scotia Health acute care settings,” Michele Lowe, the executive director for the Nursing Homes of Nova Scotia Association, told the Halifax Examiner.

“Long-term care offers wonderful clinical opportunities for RNs and LPNs. Unfortunately, we are not funded to provide attractive incentives for clinical staff, which puts long-term care at a disadvantage. For some nurses, these monetary benefits are too good to refuse.”

That said, some nursing homes are dipping into their operating budgets — or in the case of private companies such as Shannex and GEM, their profits — to offer signing bonuses to both RNs and LPNs. The website for Ocean View Continuing Care Centre in Eastern Passage is currently advertising up to $7,500 for each new hire to fill vacancies for LPNs and RNs at that large facility.

The public, through the provincial Department of Health and Wellness, provides the money to operate both hospitals and long-term care homes. On Wednesday, the Examiner asked Health Minister Michelle Thompson to explain why hospitals are currently offering up to $10,000 to attract registered nurses while nursing homes are indicating they can’t compete.

“The Department of Health doesn’t actually authorize or fund those bonuses,” Thompson said. “Those bonuses are done through operational resources; they are actually employer-led.”

In other words, while the Department of Health provides the money to run both the hospitals and the nursing homes, the decision about how much to spend on nursing bonuses is left up to Nova Scotia Health and each individual nursing home operator, whether it is Ocean View, GEM, or Shannex.

The next generation of nurses

In the past two weeks, the Department of Health and Wellness has announced 350 new graduates from nursing programs in the province have accepted job offers at hospitals. That’s very good news but represents only half the total who graduate from RN and LPN programs in Nova Scotia.

Last fall, the Houston government promised every nurse a job offer for the next five years, but many of these graduates have their pick of positions anywhere in North America.

And in an effort to replace hundreds of retiring university-educated RNs, this month the Houston government has opened up eligibility requirements at nursing schools in Antigonish and Sydney to make it easier for LPNs to earn a bachelor’s degree in nursing. Registered nurses, who have two to four more years education than LPNs, earn considerably more money.

The government news release suggests 4,400 LPNs may be eligible to apply, but over the past five years since the pathway was launched, only 74 LPNs completed the bachelor of science in nursing program. Despite the demand, the expansion of nursing programs across the country is also constrained by shortages of nursing instructors.

Cash bonuses might appear to be a shiny lure for RNs and LPNs, but there are obviously other considerations that keep them from nibbling. These include everything from a competitive international market (for English-speaking staff), private agencies that allow for more flexible shifts, and well-documented experiences of heavy workloads and burnout. And while contracts between the province and nursing unions expired in October 2020, ongoing issues dealing with COVID-19 has meant contract negotiations have yet to begin.