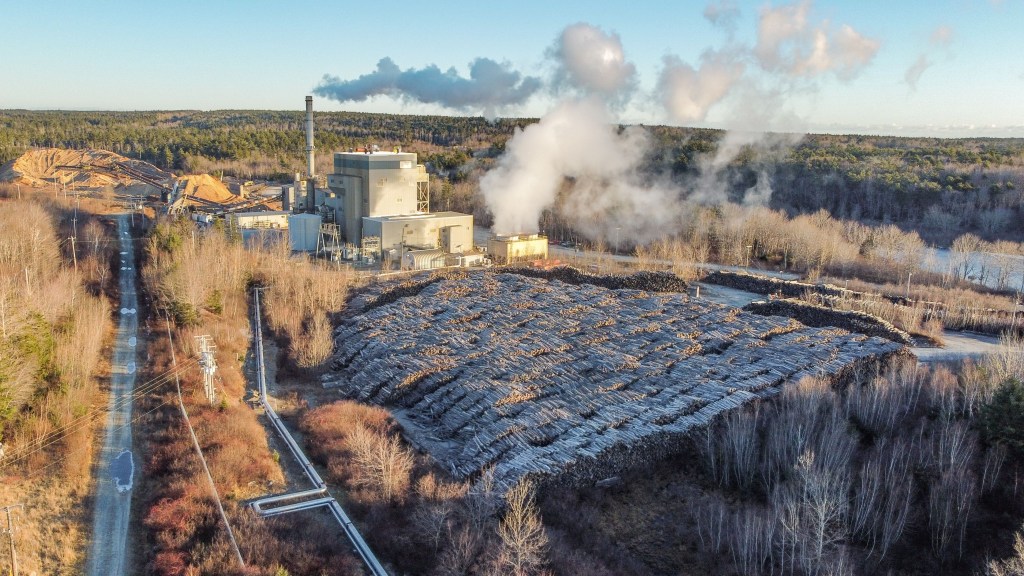 Just when we thought the news on energy prices couldn’t get worse, it does. Nova Scotia plans on burning more biomass to generate “renewable” energy.

On Saturday, the Examiner reported that Nova Scotia Power revised its request for a 10% increase in power rates to an 11.6% jump over the next three years.

A public hearing before the Utility and Review Board (UARB) begins next week to adjudicate whether those rate increases are justified, along with a slew of other changes the power company is requesting to reduce its risk and increase its profits while it works to “green the grid.” As long as Nova Scotia Power can demonstrate its costs are “prudent” or reasonable, the UARB is boxed in by legislation that means those costs of service get charged to ratepayers.

The Houston government passed on an opportunity last spring to consider legislation proposed by the NDP that would have tied Nova Scotia Power profits to performance standards around affordability for low-income consumers and meeting environmental targets. It voted down the bills.

January will also usher in a federal carbon tax that will add 14 cents to the price of gasoline and increase the price of furnace oil. Presumably there will be a rebate cheque ⁠— mailed out by either Ottawa or Halifax ⁠— to help soften that blow.

Now in its latest update, Nova Scotia Power states it will significantly increase its burning of biomass to generate more “renewable” electricity. The renewable is in quotes because whether it’s an accurate description depends on whether the wood being fed into the boilers has been clearcut or harvested sustainably. Most of the forest in Nova Scotia is still in private hands where new ecological policies around harvesting on Crown lands don’t apply.

Nova Scotia Power intends to ramp up the use of biomass at boilers located at both Port Hawkesbury Paper and Brooklyn Energy. Biomass will increase to 4% of the total fuel mix in 2023, up from 2% last year. In 2020-21, the boiler at Port Hawkesbury Paper generated 138,620 MWh (megawatt hours). In its fuel cost update, Nova Scotia Power states the projected annual average for 2022-24 will be 210,298 MWh. That’s a significant 51.7% increase from two years ago.

Nova Scotia Power states the increase in burning more biomass at Port Hawkesbury “is driven by economics and GHG compliance requirements.” Technically, biomass is still classified as a “renewable” fuel so GHG emissions from biomass aren’t counted or covered by federal or provincial regulations that also force companies to comply or pay a financial penalty.

All of this is upsetting to Ray Plourde, wilderness coordinator with the Ecology Action Centre and a long-time critic of how forestry biomass is used to produce electricity.

“Burning forest biomass is not a climate solution. It is a travesty,” Plourde said. “The only reason Nova Scotia Power is burning biomass at all is because of the fraudulent categorization of biomass by the Nova Scotia government as ‘carbon neutral.’ But it isn’t. Burning trees releases more greenhouse gases into the atmosphere than fossil fuels. Burning even more trees for electricity is a willful act of ecocide and should not be allowed to proceed.”

The company is also planning to resurrect an inefficient biomass boiler at Brooklyn Energy that goes back to Bowater Mersey days 25 years ago. Brooklyn Energy is now owned by Emera, the parent company of Nova Scotia Power. The boiler has been offline since February because of storm damage, but Nova Scotia Power says it will be back in service for 2023.

In its original rate application this January, Nova Scotia Power estimated Brooklyn would produce 73 GWh a year in 2023 and 2024. In its September filing, the power company now expects Brooklyn to generate 162 GWh or more than double that amount “due to favourable forecast dispatch costs relative to other alternatives.”

Nova Scotia Power spokesperson Jacqueline Foster said most of what makes biomass cheaper than fossil fuels such as coal and oil is beyond their control.

“Commodity cost increases due to the Ukraine crisis are the primary factor connected to the increased dispatch,” Foster said. “ If there was no value for GHG, the increase in commodity prices would still drive the increase in biomass production due to it now being cheaper than other forms of generation.”

That’s a disheartening change of circumstance considering that an outside audit of Nova Scotia Power’s fuel costs for 2018-19 determined that burning biomass at Brooklyn was the most expensive source of electricity in the province, at that time.

Perhaps sawmills have generated mountains of woodchips that will avoid cutting down more trees to produce electricity for a company eager to avoid compliance costs. Perhaps. But for ratepayers, it’s all rather distressing and infuriating.