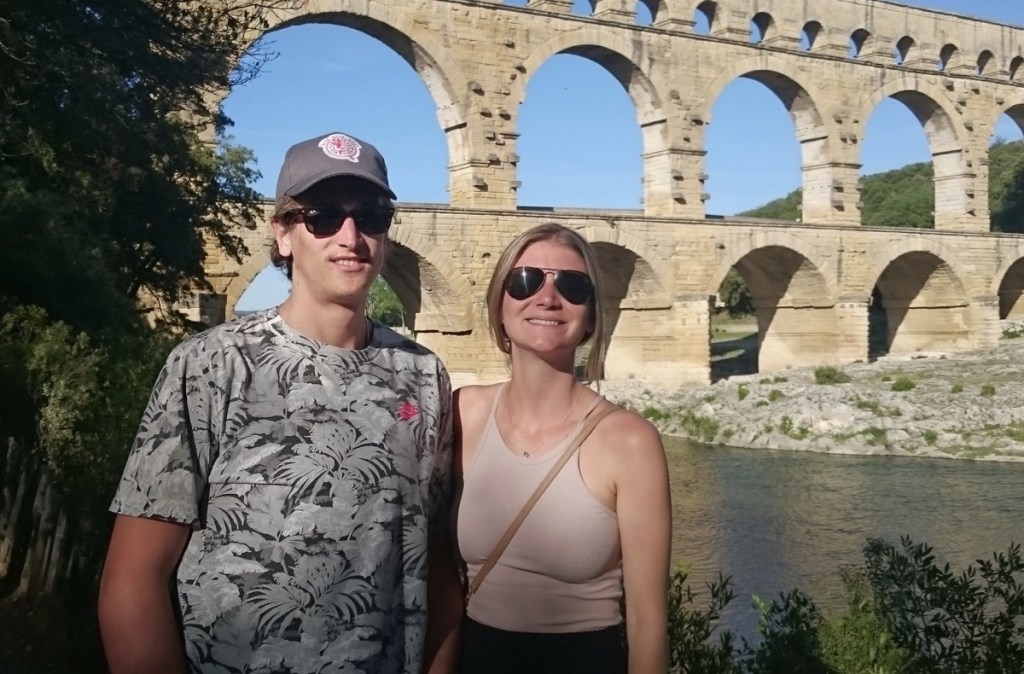 Nicole Gnazdowsky’s emotions were mixed Tuesday when she learned that Nova Scotia Power was one of three companies facing charges in connection with her brother’s 2020 workplace death.

“I’m happy that we’re finally getting somewhere, but we’re not there yet,” Gnazdowsky said in an interview.

“I’m super glad that all three companies are now charged … But I also have a lot of issues still with the outcome of this because there really is no mention even of dam safety issues at all, and that was the main problem.”

Gnazdowsky’s brother Andrew, 26, died at Nova Scotia Power’s Marshall Falls reservoir in Sheet Harbour in October 2020. An engineer, he was on the site working for a New Brunswick company subcontracted to survey under water near a dam.

When a piece of the company’s equipment malfunctioned, Gnazdowsky swam out into the water to fix it. He drowned, and his body wasn’t retrieved until the next day.

Gnazdowsky’s sister has been fighting for answers about her brother’s death ever since. In May of 2021, the Halifax resident told the Halifax Examiner the provincial Department of Labour had botched the investigation into his death, identifying a potential conflict of interest and a flawed medical examiner’s report.

“I feel like I have a sense, a good sense of what happened,” she said last May. “But I think there’s still probably some holes in the story, and whether those will ever get filled I don’t know.”

It accuses the three companies of several safety violations connected to Gnazdowsky’s death.

Brunswick Engineering and Consulting Inc. — the company that employed Gnazdowsky and a subcontractor at the Nova Scotia Power site — faces five charges.

In addition to three safety violations, the charges include failing to ensure a life jacket, personal flotation device or alternative means of protection was used to prevent drowning, and failing to provide required rescue equipment where a person is exposed to the risk of drowning at a workplace.

GEMTEC Consulting faces six charges, including an allegation that the safety plan for the Marshall Falls site was inadequate.

Nova Scotia Power faces five charges in connection with the incident, including failing to ensure Brunswick Consulting employees were wearing life jackets and failing to ensure they had access to required rescue equipment.

While she was glad to learn of the charges, Gnazdowsky said they’re not enough.

“To hit a company like Nova Scotia Power with something that’s actually going to impact them in a way that forces them to change? It’s not going to be these charges,” she said.

“My big issue now is with the investigation.”

Last October, Gnazdowsky’s family served the provincial departments of justice and labour with a notice of intention to sue, noting the family will make a claim “for negligence contributing to or causing the incident in which the Intended Plaintiffs suffered serious injury and death.”

“It will be alleged that the Intended Defendant failed to provide adequate guidelines and standard requirements for the operation, maintenance, and overall overseeing of dam usage.”

In an interview with the Halifax Examiner last October, Gnazdowsky said that the family had also prepared notice for the three companies involved in her brother’s death, but ultimately decided to serve only the province.

“Ultimately it is the government’s job in this process to hold the companies accountable and they said that they were going to,” Gnazdowsky said at the time. “I’m holding them to it.”

None of the allegations has been proven in court.

Gnazdowsky said the charges in the court document filed on Monday against the three companies won’t result in any of the changes required to ensure other families don’t experience the same heartache.

“It wasn’t somebody breaching a contract. It wasn’t a contract that killed Andrew … It’s about the dams.”

Gnazdowsky said because she believes the announced charges won’t help, she likely has little choice but to move forward and file the family’s lawsuit against the province.

“I was really hoping that they would just do what they were supposed to do and not cause us to have to go down this additional court route,” she said.

“But until I see something that’s actually going to make sure this doesn’t happen again, we still have that.”

In an emailed statement Tuesday about the charges, the Department of Labour, Skills and Immigration extended its “deepest sympathies” to the family and friends “who have been mourning this loss.”

“We know that waiting for this day has taken its toll. The Department conducted a thorough and objective investigation into this workplace fatality, which resulted in charges being laid,” spokesperson Khalehla Perrault wrote.

“As this is now before the courts, further inquiries should be directed to Public Prosecution Services.”

The court document filed by the Department of Labour investigator on Monday notes a court appearance has been scheduled for April 20.

Gnazdowsky said she and her family will “absolutely” be there.

“If you had asked me what my worst frickin nightmare was before this, even the darkest thoughts would not have brought this out,” she said.

“Andrew was my best friend in the entire world, and for me this (fight for answers and change) is my last way to be a big sister.”