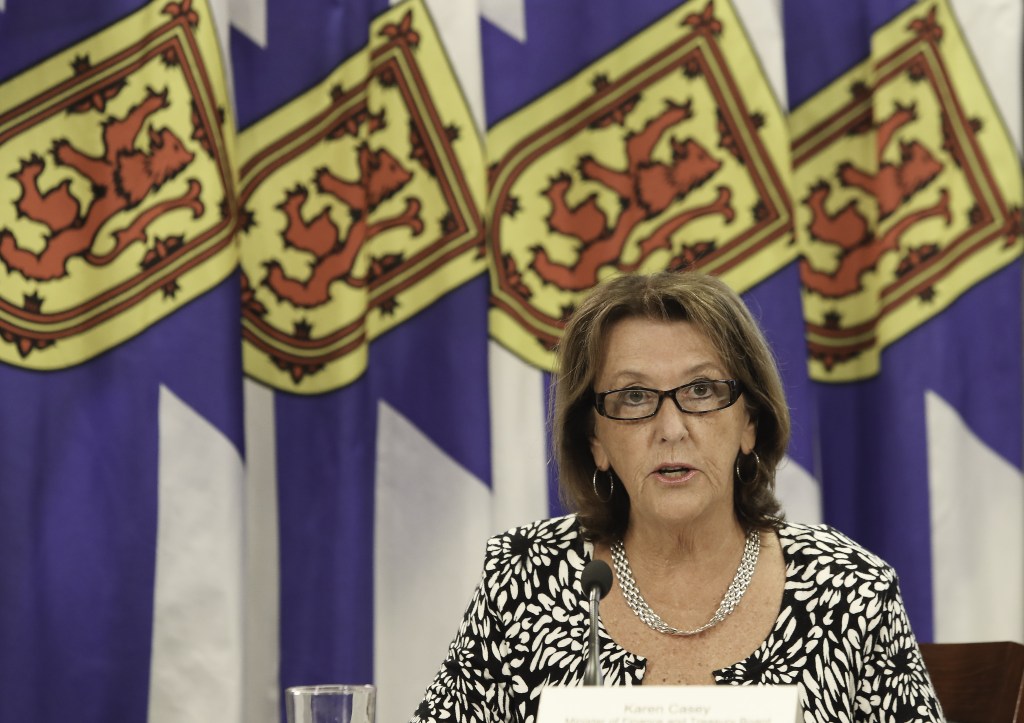 The Province of Nova Scotia is forecasting a record-breaking deficit of $852.9 million: a seismic shift of $907.9 million from the $55-million surplus predicted in February’s budget. The COVID-19 lockdown that began March 22 paralyzed the economy with businesses forced to shut their doors and thousands of people thrown out of work.

“The deficit has nothing to do with poor fiscal management,” said Finance Minister Karen Casey. “It has to do with an event that hit our province the same as it has hit other provinces and countries around the world. And you couldn’t predict it, you couldn’t plan for it, but you could manage it and respond to it. That’s what we have done.”

The province, which had previously seen growth in both the economy and the population, took a huge $3.6 billion hit as economic growth is now forecast to be 7.6% lower than originally projected. Household spending is down by 7.5%. Unemployment is expected to hover around 11% for the remainder of 2020. Finance Department officials expect it won’t fall much below 9% next year and it will take longer than that before the economy recovers to its pre-COVID level.

The pandemic resulted in both increased expenses and decreased revenues for the provincial treasury. On the incoming side, revenues were off $534 million from what was forecast. Corporate tax revenue — which had been predicted to drop by $70 million due to the McNeil government’s decision to cut the rate by 2% — is now expected to decline by $160 million. That’s partly because businesses that do survive the pandemic can carry forward their losses and defer paying tax for another year.

“That decision was made because we recognize how important that was to corporations within our province and we have no regrets about anything we did in our 2020-21 budget,” said Casey. “Obviously nobody knew then we were going to be dealing with COVID but it was the right decision to make at the right time and we made it.”

With nobody out shopping or spending, forecast sales tax revenue is down by nearly 12% or $234 million. Even revenue from the Nova Scotia Liquor Corporation dropped $6 million due to the closure of bars and restaurants. Government revenue from bridge tolls declined $12.7 million. (The only revenue centre to record a slight increase appears to be cannabis sales).

During the months of the pandemic, the government spent $470 million more than it had budgeted. Of that, 72% was spent on health care. Personal protective equipment was purchased, additional staffing was required at “811” and in long-term care homes. The province paid $781,000 to secure licenses for doctors to provide online “virtual” care instead of face-to-face visits. (A breakdown of healthcare expenses is provided at the end of this article).

The government also stepped up to help child-care centres stay open and has offered $46 million to support small businesses. It announced a $228 million infrastructure stimulus program. Develop Nova Scotia is getting a large chunk of that, but hospitals, community colleges, schools, and museums can access it too.

The combination of higher spending and lower revenues has added $1.2 billion to the net debt. In three months, the pandemic has essentially wiped out all gains and taken the province back to the same net debt-to-GDP ratio it had in 2013.

Silver linings amid the gloom

Today’s interest rates are lower than usual to try and jumpstart the economy. That means although the net debt is now nasty, the cost the government pays to service it has actually dropped. That’s a good thing.

Another good thing which has not been factored into this budget update is a large transfer of federal money coming to Nova Scotia under a program called “ReStart the Economy.” Finance officials expect it will be in the range of $250 million, so that could help ease the pressure. In response to a question from reporters, Casey said the provincial government is not contemplating laying off any provincial employees at this time.

The budget update also acknowledges the possibility the $852 million deficit could get worse. That’s because no enrolment numbers are available yet from the province’s 10 universities and if fewer students arrive, several post-secondary institutions may come cap in hand requesting bailouts. Another unknown is the price-tag for the joint federal-provincial public inquiry into the mass shooting. We learned today Nova Scotia taxpayers have already contributed $3.2 million to bring in 60 police officers from Ontario and Quebec to assist with the ongoing RCMP investigation into what happened last April.

Today’s budget update wasn’t technically due before September. It’s possible the government wanted to share the grim economic news to bolster its case for opening up Nova Scotia to visitors from other provinces. Eighty percent of the provincial economy is built on providing services. Casey was clear a key factor in how fast or slow the economy rebounds depends on consumer spending.

“The lifting of restrictions is one way we have started to help turn the economy around,” said Casey. “We encourage people to get  out and take advantage of what the shops and restaurants have for them, in a safe way. Because we were such a good position prior to this, we believe we can come out of this. Predicting how long it will take is something we cannot do.”

Update: The heading on the above section was updated to reflect that these are additional costs, above what was previously budgeted.