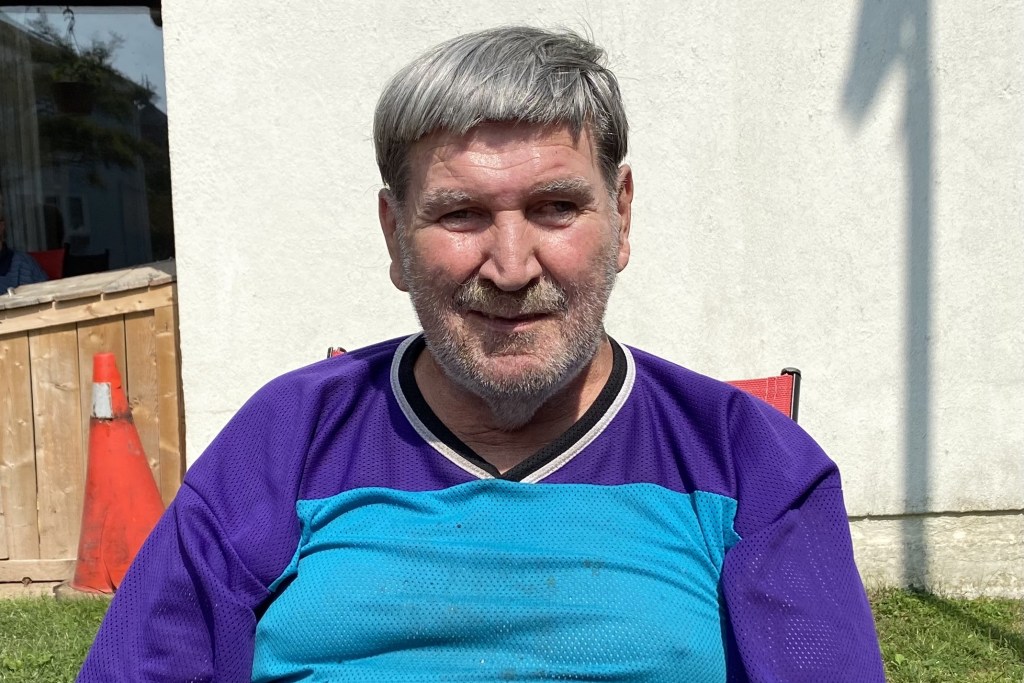 Blair Raoul likes to say he’s living one day at a time.

The truth is that the crusty 63-year-old, originally from Cape Breton and now living in public housing in Dartmouth, is dying. He has terminal liver cancer, along with a myriad of other health issues, many related to a history of drinking.

Raoul is always cracking a joke, often to break the tension when talking about his prognosis. He moves slowly, hunched over. His arms are marked with bruises and bed bug bites. His eyes and ears don’t work so well.

And he’s being evicted.

“They’ve been trying six months to get me out. Still here, one more day,” he says.

Raoul lives in Eastwood Manor in downtown Dartmouth. It’s a 12-storey government-owned apartment building for seniors overlooking Sullivan’s Pond and Lake Banook. Raoul’s lived on the 11th floor for more than five years, having moved in as soon as he was eligible, just after his 58th birthday.

He jokes that if he does get evicted, he’ll move down to the gazebo at Sullivan’s Pond. 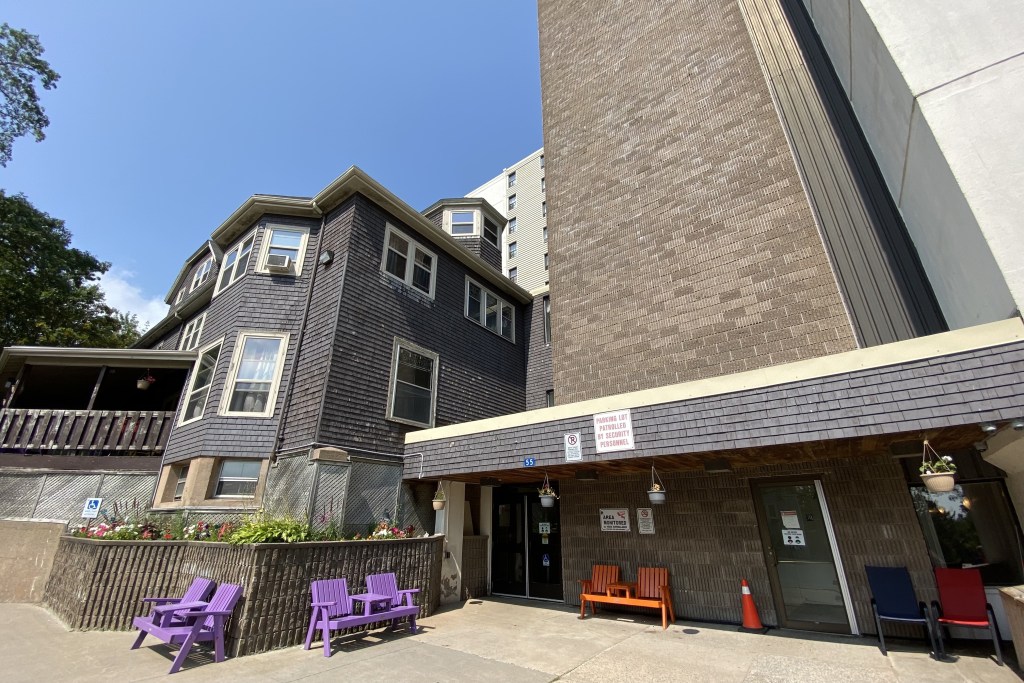 Rent is $216.75 a month, based on Raoul’s income from disability and income assistance. After assistance rates went up this year, Raoul’s getting almost $1,000 a month, so rent will go up next year — if he’s still there.

In March, the Metropolitan Regional Housing Authority (MRHA), the arm of Housing Nova Scotia responsible for public housing in Halifax Regional Municipality and East Hants, served Raoul with notification that it was applying to evict him, citing bad behaviour in the building.

Raoul says the superintendent at the building has had it out for him since he moved in, accusing him of having parties, being loud, and giving a woman a key to his apartment (Raoul says she stole the key). He says he’s always paid his rent on time.

After receiving the notice, Raoul took it to Dalhousie Legal Aid, where Fiona Traynor, a community legal worker, took the case.

Traynor first tried unsuccessfully to negotiate with the Metropolitan Regional Housing Authority to allow Raoul to stay. The authority forged ahead, scheduling a hearing with the Director of Residential Tenancies. 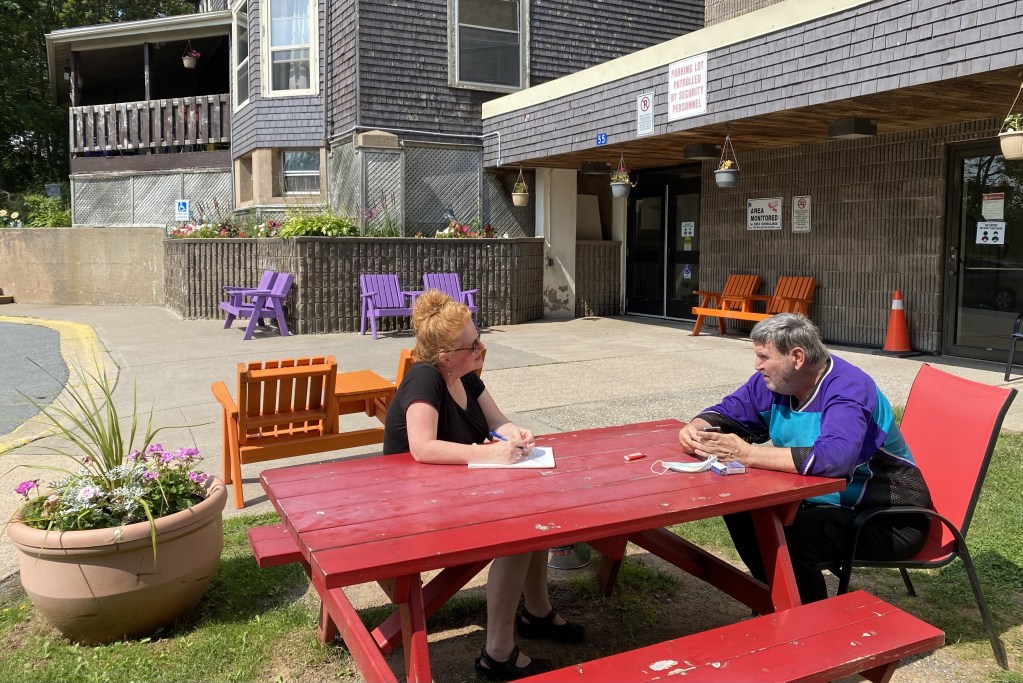 Traynor outlined Raoul’s health issues, and noted that Mobile Outreach Street Health (MOSH) has agreed to help by paying for new locks, a deep clean of the apartment, a new bed without bugs, and a “sustainable housing plan with appropriate community supports.”

“Mr. Lake, it is my client’s position that MRHA, as a publicly-funded government landlord, should take a progressive, restorative and harm reduction approach to managing tenancy issues,” Traynor wrote.

“In Mr. Raoul’s case, your organization appears to be taking the most punitive option available — eviction. My client will not only be evicted, he will be evicted into homelessness, during a pandemic, when shelters are full.”

Lake wasn’t swayed, and the authority went ahead with the hearing to evict Raoul.

“Based on the evidence provided at the hearing, it is determined that termination is not warranted at this time. It is noted that incidents with the tenant have been sporadic with last incident reported in February 2021,” Briand wrote.

“Submitted five years of evidence, do not agree with the decision that evidence was sporadic,” Jecca Lewis, property manager with Metropolitan Regional Housing Authority, wrote in the filing with small claims.

In July, Jonathon Squires, a law student working with Traynor, wrote to then-Minister of Infrastructure and Housing Geoff MacLellan, seeking his “compassionate intervention” in the case. Squires attached a letter from Raoul’s physician, Dr. Patrick Somers. In that letter Somers wrote in part:

Mr. Raoul would not manage if he were to be evicted. It would likely shorten his life considerably. He will need increased care from various specialties including palliative services in the near future. He will need a secure and permanent residence and stable contact information. The morality and optics of evicting a man with terminal cancer would need to be carefully considered.

In his letter, Squires pleaded with MacLellan to recognize those words and stop the housing authority.

“Even though MRHA was unsuccessful at the Residential Tenancies Board, it has persisted in its pursuit of evicting our client into homelessness,” Squires wrote.

“This cannot be an acceptable action by an agency of the Government of Nova Scotia, and we are asking that you intervene in this matter.”

Eiryn Devereaux, Deputy Minister of the Department of Infrastructure and Housing, replied. Devereaux wrote that the doctor’s letter constituted new information, and the board at the Metropolitan Regional Housing Authority would reconsider.

Squires then contacted Robert Lundrigan, “Client Service Manager” at the housing authority, to ask that Raoul be allowed to present to the board.

Lundrigan replied with a long list of questions around whether Raoul is “psychiatrically sound” enough to live in public housing, and how long he’s expected to live.

“History has shown a person being palliative can have this diagnosis for two weeks or two years?” Lundrigan wrote.

Lundrigan suggested Raoul shouldn’t be allowed to live there.

“Allowing Mr. Raoul to remain as a tenant places at risk other residents of this High Density Senior’s apartment building, and on the Housing Authority. Essentially his presence as a tenant, puts all other tenants and the property at risk,” Lundrigan wrote.

Squires replied, telling Lundrigan that Raoul would be happy to come before the board to answer those questions, and asking for disclosure of the minutes from the first meeting where the board decided to evict Raoul, and of the full evidence against him.

Department of Justice lawyer takes over

At this point, the housing authority retained a lawyer through the Department of Justice, Alison Campbell.

On Aug. 10, Campbell notified Squires that, “The MRHA board met to reconsider the decision and decided to continue to pursue eviction.”

Traynor has since filed a Freedom of Information request to try to get the full package of evidence against Raoul, and the government has requested an extension to the 30-day time limit to disclose the records.

If they come in by the new deadline, Raoul’s case will head to the Nova Scotia Small Claims Court in mid-September.

The Halifax Examiner requested an interview with a representative of the Metropolitan Regional Housing Authority. Jasmine Flemming, spokesperson for the Department of Infrastructure and Housing, replied with a statement instead:

For confidentiality reasons, we cannot comment on individual situations. We work closely with everyone involved to try to resolve issues that may arise. An independent board made up of tenants and community members with relevant expertise is tasked with making decisions on tenant issues. Decisions consider all facts and circumstances to address issues in a way that is appropriate for everyone.

This is one of eight similar cases that Traynor has taken on since last November. She was working two other cases when she took on Raoul’s, but one of the other clients died by suicide.

“These are just the people who get to me, and know to come to Dal Legal Aid. I don’t know how many other people there are out there, how many current tenants, former tenants who Metro Regional Housing has evicted into homelessness,” Traynor says.

Raoul noted that a lot of people get that eviction notice and just leave.

Traynor says the government should be directing people to legal services when it evicts them.

“When you are serving people with legal notices for eviction, into homelessness at this time especially, and you’re providing them with no referrals to legal services, that’s really unfair for a government department to be doing that,” Traynor says.

This is our government doing this. We know that there’s human rights protections around homelessness and being evicted into homelessness. And for our government to be saying, on the one hand, they’re supporting people, they recognize there’s a housing crisis, but on the other hand, evicting some of our most vulnerable, senior citizens in most of my cases, it seems hypocritical and I would say cruel. If we just want to look at Blair’s case, I think it’s cruel. I don’t understand why they will not work with him, and will not work with his team of medical professionals to support him to stay here for as long as he can.