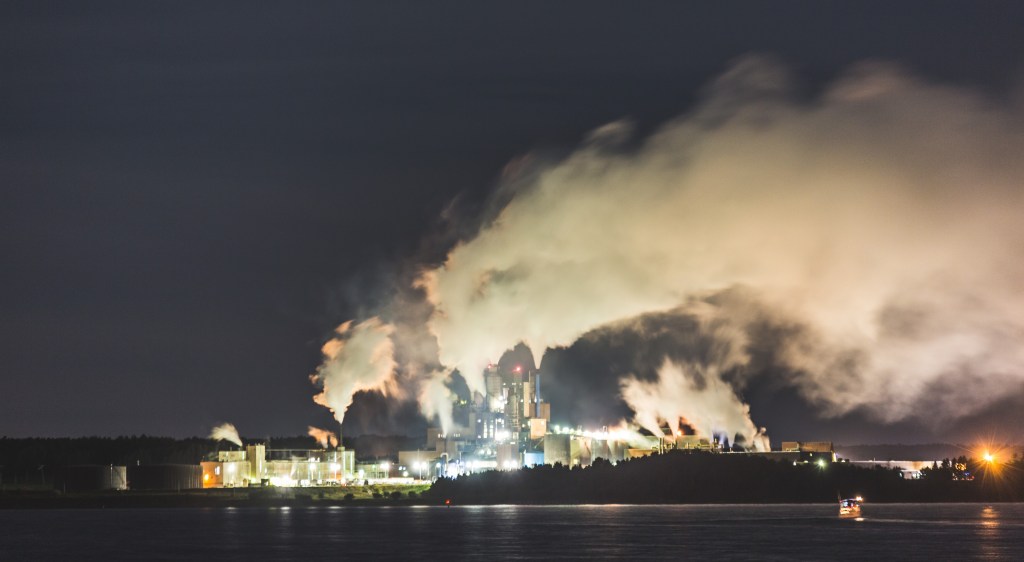 When it comes to identifying all its political, social and economic consequences and parsing the larger meaning of Friday’s history-making, future-shaking decision by Premier Stephen McNeil to order Northern Pulp to finally “stop pumping effluent in Boat Harbour,” I am grateful to defer to my smarters.

Joan Baxter, Linda Pannozzo, Jennifer Henderson and Tim Bousquet have all done years’ worth of excellent, in-depth, investigative heavy-lifting on this file — more than reason enough for you to subscribe to the Examiner if you haven’t already.

If you need a quick primer on what happened Friday, start with this after-the-moment report by Tim, Joan and Jennifer. And then consider Linda’s excellent background piece on the larger, far less often discussed ideological economic resources battle that often “pits big business and profits against small communities.” While Linda turned out — happily — to be wrong about McNeil’s ultimate decision on Northern Pulp, her broader analysis is spot-on and worth considering.

So I won’t try to reinvent their wheels today. That said, there is one aspect of the story I think does need more comment — and that has to do with a larger lack of political leadership in Nova Scotia. 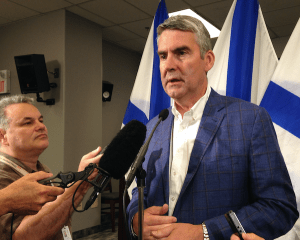 It was hard to watch — even on my computer— without feeling just how emotionally wrenching and personally difficult this decision had been for him. He was genuinely caught between the rock of an important and necessary promise he had made to the Pictou Landing First Nation and the hard place of knowing keeping his promise would mean the end of vital jobs for workers at Northern Pulp and beyond in the province’s forest industry.

He made the right choice. And all credit to him for doing that.

He also correctly blamed the company for putting “us all in a very difficult position… They’ve had five years to do the right thing and I was hoping it wouldn’t come to this and I’m disappointed, to say the least.”

And he coupled his announcement with news of a $50-million transition fund to refocus the forest industry and “support displaced workers, small contractors and all those whose livelihoods will be affected.”

Whether that will be enough — union leaders were dismissive — remains to be seen, but it was, at least for now, the right starting place for the premier’s own re-focus.

All good. But the thing is…

Should it really have come to this?

You don’t need to be an expert on the history of industrial development in Nova Scotia to understand where this was headed, even back in 2015 when the government passed the Boat Harbour Act, giving Northern Pulp “five years to get an environmental assessment and to start constructing a new, cleaner operation.”

Governments long before Stephen McNeil’s had signed sweetheart deals with various companies that came before Paper Excellence, Northern Pulp’s latest owners. Paper Excellence? “Paper Excellence is wholly owned by Jackson Widjaja, the 39-year-old son of Teguh Widjaja, who is chairman of Asia Pulp and Paper, which is owned by the Sinar Mas Group…” and blah blah blah. We know what that means.

The government is now on the hook for cleaning up the $200-million mess that is Boat Harbour. And perhaps for the costs of canceling Northern Pulp’s lease on the Boat Harbour treatment plant a decade earlier than originally planned. Plus, there’s that $6 million we handed the company to design a new effluent treatment facility that couldn’t even pass environmental muster. Gone. Not to forget the $85 million in outstanding loans Northern Pulp still owes us.

Will we collect? Brian Baarda, the Paper Excellence CEO: “Our focus today,” he said after announcing the company will shutter its Nova Scotia plant effective almost as soon as he was able catch the next plane out of the province, “is not on those type of aspects.” Translation: Not if the company can help it.

And so it goes. So it has always been.

We know that. Stephen McNeil knew that. The time to start talking transition and diversification and reclaiming our provincial economy was not last week when the multinational horse was already bolting the barn but at least five years before that when Stephen McNeil’s correct and necessary promise made this end inevitable.