You are here: Home / Commentary / Northern Pulp is misleading the court about how the environmental assessment process works in Nova Scotia 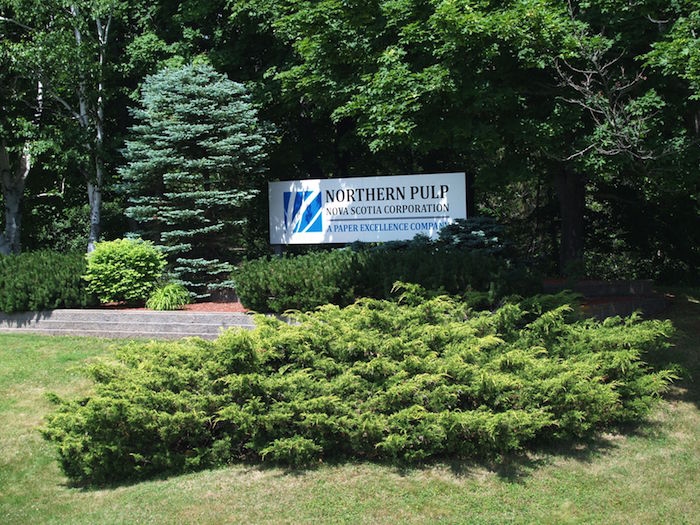 Just over a month ago, the Halifax Examiner reported on how Northern Pulp appeared to be misleading Ernst & Young, the appointed court monitor in its creditor protection case in the British Columbia Supreme Court.

Specifically, we fact-checked the fourth “monitor report,” which contained several inaccuracies about Northern Pulp activities during its “hibernation” and while its affiliates work on a “plan of compromise or arrangement” during a “restructuring phase.”

Now the court monitor’s fifth report is also out, as is the eighth affidavit of Bruce Chapman, “business person of Stellarton, Nova Scotia,” and “general manager (Northern Pulp) of Paper Excellence Canada Holdings.”

And once again, some question-asking and fact-checking are in order.

But first, a quick recap of who’s in court and why.

The petitioners that are seeking relief from debt payments, described in court documents as “persons,” made their first application to the BC court on June 19 this year, and they include the companies:

Paper Excellence Canada Holdings is not a petitioner; however, according to the Chapman affidavit, it owns a 30% interest in the petitioners, while the remaining 70% ownership is held by Hervey Investment BC (Netherlands).

In the two-part series “Corporate Shell Game” (available here and here), the Examiner reported extensively on Northern Pulp’s bid for creditor protection, the complex and opaque nature of its corporate structure and affiliations, and its links to the corporate behemoths Sinar Mas and Asia Pulp & Paper, which belong to the billionaire Widjaja family of Indonesia.

Northern Pulp & Co. are now asking for their fifth stay of application, this one until April 30, 2021.

The affidavit from Bruce Chapman submitted to the BC court suggests that — unless he has something else up his sleeve — he doesn’t have a very clear understanding of how the environmental assessment process works here in Nova Scotia.

This is curious indeed, given that Chapman has been at the helm of Northern Pulp throughout the environmental assessment (EA) process for its replacement effluent treatment facility, which began on February 7, 2019, when it first registered the project with Nova Scotia Environment.

Chapman was general manager on March 29, 2019, when then-Environment Minister Margaret Miller found no fewer than 19 “key deficiencies” in the information provided in the original Northern Pulp EA submission, something the Examiner reported here.

Miller then asked Northern Pulp to fix those deficiencies by submitting a Focus Report on its proposed effluent treatment facility “in accordance with clause 13(1)c of the Environmental Assessment Regulations, pursuant to Part IV of the Environment Act.”

Chapman was still in charge of the company when the province issued the final Terms of Reference for that Focus Report on April 23, 2019, giving Northern Pulp one year to submit the report.

Chapman was also there when Northern Pulp submitted the Focus Report on October 2, 2019.

When Environment Minister Gordon Wilson decided on December 17, 2019 that there was not enough information in the Focus Report “to properly assess whether there may be adverse effects or significant environment effects on fish, air, water resources and human health,” Wilson addressed his decision letter to Bruce Chapman, informing him that Northern Pulp would need to submit an environmental assessment report.

Chapman was the general manager when, on April 28, 2020, Nova Scotia Environment issued its final “Terms of Reference for the Preparation of an Environmental Assessment Report: Regarding the Replacement Effluent Treatment Facility Project Proposed by Northern Pulp Nova Scotia Corporation.”

The 29-page Terms of Reference document provides — in great and meticulous detail — what the EA report should include, as well as this information about the deadline:

You get the picture. Chapman is not new to the whole environmental assessment process in Nova Scotia. He should know what it entails. All of it. In great depth.

Nevertheless, in his affidavit to the BC Court, Chapman writes that:

… the Petitioners temporarily “paused” the environmental assessment process in respect of the Replacement ETF for various reasons, as described in the Fourth Chapman Affidavit. The Petitioners formed the Community Liaison Committee (renamed the Environmental Liaison Committee, the “ELC”) to assist in identifying alternatives to re-start the Mill, as described in the Sixth Chapman Affidavit. The ELC has had multiple meetings with stakeholders, retained a local engineering firm to provide technical guidance and support, and expects to complete its analysis and make a formal presentation to Northern Pulp in December 2020 regarding community concerns and potential solutions to address those concerns to include in a new Replacement ETF project (the “New Replacement ETF Project”) to re- start the Mill. The Petitioners will attempt to re-engage with the Province in January 2021 to identify an environmental assessment process to seek approval for the New Replacement ETF Project … [italics added]

Perplexed by the sections highlighted in italics in the above, I asked Nova Scotia Environment if it was possible for Northern Pulp to “temporarily” pause the environmental assessment process.

Spokesperson Barbara Maclean replied that, “There are no provisions in the legislation for a company to “pause” the Environmental Assessment Report process.

MacLean also reiterated the timeline that is clearly stated in the April 28 “Terms of Reference” for the Environmental Assessment Report, namely that Northern Pulp had two years from that date to prepare the report, and that if it were unable to finish all the studies within that time frame, “the Minister may extend the time period by 1 year.”

I also asked what Chapman might have meant when he wrote that Northern Pulp would “attempt to re-engage” with the province in January 2021 “to identify an environmental assessment process,” given that the Terms of Reference finalized in April this year clearly define the process that Northern Pulp needs to follow for its EA report.

The court monitor appears to take Chapman at his perplexing — and misleading — word that the whole environmental process has yet to be identified and defined, stating in its fifth report to the BC court that:

What this all means — of course — is anyone’s guess.

Does Chapman really not know that the environmental assessment report Northern Pulp has to produce has already been clearly defined?

Or are Northern Pulp and its corporate masters hoping that once Premier Stephen McNeil has stepped down in February, they will have a better chance of getting their way with the provincial government — as indeed the owners of the Pictou pulp mill did so successfully for more than half a century?

Or is this just a legal game of chicken, designed to make it look as if Northern Pulp is doing everything it can to open again, while behind the scenes legal teams seek out the best ways to try to take Nova Scotians to the cleaners for lost profits and the broken lease on the use of Boat Harbour, while also continuing to enjoy a deferral on repayment of the nearly $85 million it still owes the province?