You are here: Home / Commentary / Non-resident property tax increase: gone before the ink was dry 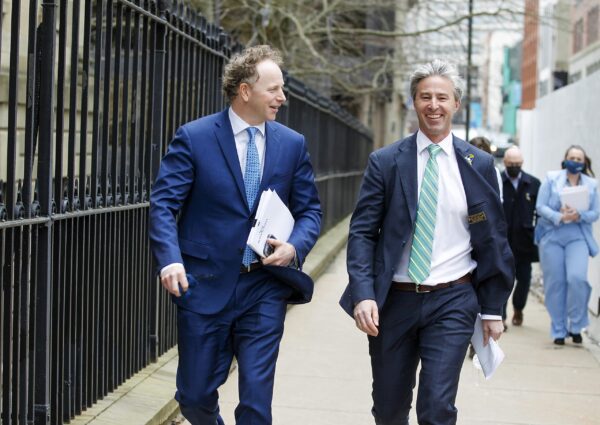 On the one hand, I’m not sure what to make of Tim Houston’s full-frontal face plant last week.

“So, today I will put my personal pride aside,” our premier declared Thursday as he humble-pied his way through a humiliating and complete run back of his government’s month-old, ink-barely-dry plan to hike taxes on non-resident property owners.

On the other hand, I know exactly what to make of it.

Let’s start with the taxes themselves. There were two of them. One would have required non-residents who buy property in Nova Scotia but don’t move here within six months to ante up a one-time transfer tax of 5% of the property’s value. The second would have tacked an extra two dollars per $100 of assessed value on their property tax bill every year from now until the debt is paid off, which is to say… never. (The 2% non-resident property tax will be removed for all non-residents who own residential property in Nova Scotia, while the 5% non-resident deed transfer tax (5%) will go ahead).

The measures, which the government claimed would raise up to $65 million a year for the treasury, were introduced on March 29 as part of the $13.2-billion 2022-23 budget. Here’s how the finance department explained the purpose behind its plan at the time:

The government is creating a provincial residential property tax applicable to non-resident owners. We want to make sure people can afford a place to call home and build their lives here. (My emphasis.)

But here’s the rub. There was never even the flimsiest link between these new taxes and the “afford-a-place-to-call-home” purpose for which they were ostensibly created.

For starters, of course, the government never had any intention of designating its $65-million tax windfall to build desperately needed affordable housing.

And the notion that using new taxes to discourage non-residents from buying up pricey oceanfront “cottages” in Chester would magically make those same multi-million-dollar properties “a place to call home” for needy Nova Scotians was… well… magical thinking.

My guess is that this tax idea was the pet project of some finance department functionary who’d been pitching it — unsuccessfully — to past political masters and had decided to try one more time with this new crowd.

You will recall that this new crowd, who’d barely uttered the words affordable housing on their path to power, had been smacked in the face by the urgent need to do something — anything — about housing after Halifax police razed a homeless encampment on the day they were elected.

They’ve been scrambling ever since. My guess — again — is that the Tory brains trust saw raising taxes on non-residents as a painless way to raise some of the new money they planned to spend on health care and, oh yes, to claim at the same time they were doing something about affordable housing without actually having to do anything at all.

Tim Houston is an accountant, an astute politician, a Tory. He didn’t see this coming?

What happened after? Well, that’s the no-brainer.

The Chronicle Herald’s usually somnambulant letters to the editor section woke up, overwhelmed with outrage:

There were threats of lawsuits and charter challenges, warnings of investments that would now never happen and golden eggs that would never hatch.

In an April 14 report, the CBC’s Michael Gorman summarized a meeting of the province’s law amendments committee this way:

More than two dozen people from across Canada and the United States with connections to Nova Scotia virtually told the legislature’s law amendments committee that new property tax measures for non-residents are unfair, punitive and won’t achieve the aims set out by the government.

Houston’s increasingly standard-issue initial response was to bulldoze past all criticism but — given the source of the criticism — it wasn’t hard to see what was coming.

These weren’t ordinary Nova Scotians complaining. These were mostly rich and powerful folks — not only come-from-aways, but also local worthies with whom those locals share golf games and yacht club lunches and political and economic interests. This was John Lennon’s “just-rattle-your-jewelry” crowd. Tory voters, in other words.

It was no surprise then that Houston began his inevitable climb down in a speech to the Halifax Chamber of Commerce last week.

“We’re working hard to make real change for Nova Scotians and, as the government, we’re moving pretty fast,” Houston told the normally friendly business crowd. “But when you move fast sometimes you need to pause and adjust course. We are not so arrogant that we can’t admit when we need to adjust.”

But when the government’s “adjustment” — tiering the new tax bite to the property’s tax assessment — failed to mollify his critics, Houston abandoned the taxes altogether just two days later.

“I believe the risk of reputational damage to Nova Scotia is becoming more and more real, and it’s something I’m not willing to accept. So, we’ll find another way to address the housing issue.”

This was, of course, never about housing. Nor was it about creating a fairer tax system.