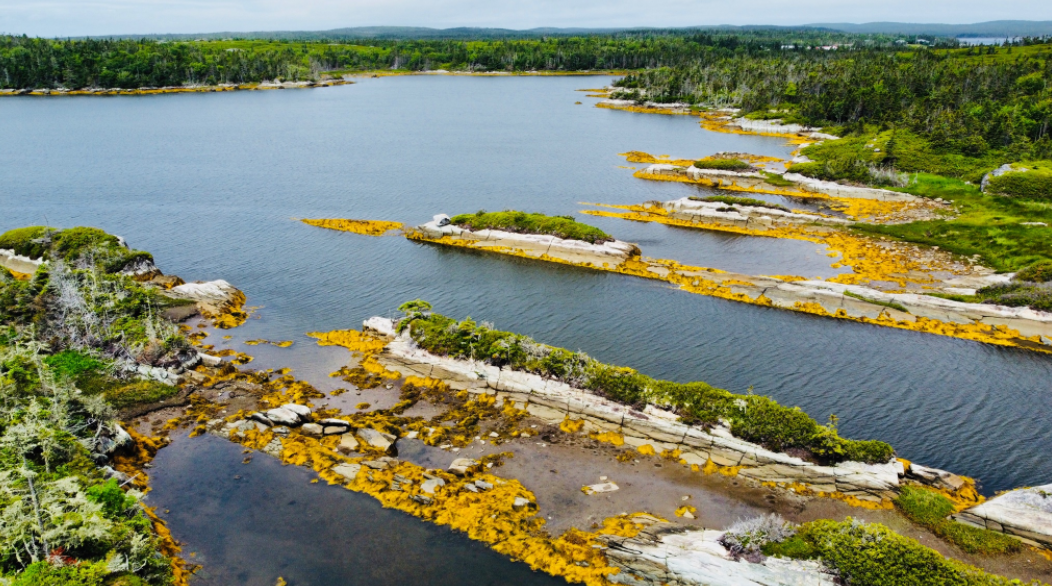 A Nova Scotia Supreme Court justice has dismissed citizens’ request for a judicial review of the delisting and potential sale of Owls Head Provincial Park.

Here’s a recap of the issue, via reporter Joan Baxter in a February 2020 Morning File for the Halifax Examiner:

In December 2019, based on information he obtained through a Freedom of Information request, the CBC’s Michael Gorman broke the story that the provincial government had use a “minute letter” protected by cabinet confidentiality, to secretly de-list the 285 hectares of land known as Owls Head provincial park, which had been managed as a park reserve and was slated for legal protection.

But that changed last March when, after several years of lobbying by and discussions with a private developer who wants to acquire the land as part of a plan to build as many as three golf courses, the Treasury Board quietly removed the designation, according to records CBC News received in response to an access-to-information request.

Since then, there has been considerable outcry about the delisting and the secrecy with which it was done — with petitions and social media campaigns to try to get the government to reverse its decision. Concerned citizens have set up a Facebook page: “Save Little Harbour/Owls Head Nova Scotia From Becoming A Golf Course”.

The Eastern Shore Cooperator has created an “Owls Head resource page” on its website.

The Canadian Parks and Wilderness Society (CPAWS) has launched an action page urging people to sent letters to the Nova Scotia government to:

Biologist Bob Bancroft and the Eastern Shore Forest Watch Association asked the court to review the government decision last year, and made their case in court in April, as Jennifer Henderson reported for the Examiner. The applicants argued that the government had a duty to consult with the public before agreeing to sell the property, even though it wasn’t technically protected. 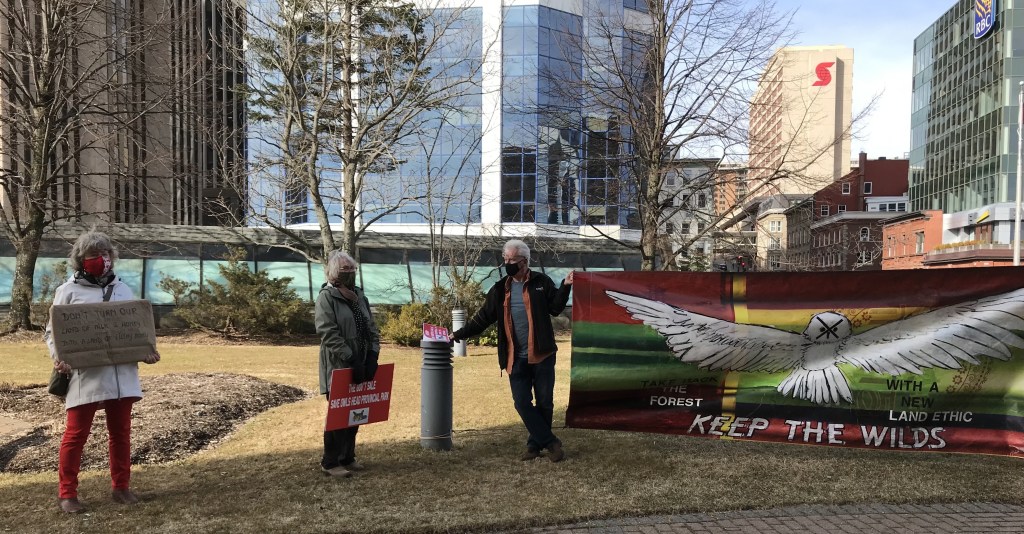 Demonstrators outside the Law Courts in Halifax in April. Photo: Jennifer Henderson

In a written decision released Friday but dated Monday, Justice Christa Brothers argued that the court would be setting too much of a precedent, that accepting the argument would mean decisions about any land “identified as having public value beyond the value of Crown lands generally” would be subject to a public process.

“Judicial acceptance of this ‘public trust doctrine’ would mean that Owls Head, and any other lands the government has recognized as having such public value, could not be sold without public consultation,” Brothers wrote.

“I conclude that recognition of the public trust doctrine proposed by the applicants would not represent the kind of incremental change to the common law that this court is permitted to make.”

In the timely decision, Brothers wrote that if citizens have a problem with politicians’ decisions, they should head to the polls.

“Elected officials on occasion make decisions, and use procedures, that leave some constituents feeling betrayed and even incensed. Where those officials exceed their power, judicial review may provide a remedy,” Brothers wrote.

“But where the decisions are within their lawful authority, as in this case, the court cannot intervene. In such circumstances, if a remedy is sought by the public, the proper recourse in our constitutional democracy is not through the courts, but at the ballot box.”

Now Liberal leader Iain Rankin was the minister for the Department of Lands and Forests in December 2019 when the government reached a conditional agreement with Lighthouse Links Development Company to sell the land. The issue has followed him on the campaign trail, coming up during Wednesday’s leaders’ debate, as Henderson reported for the Examiner:

The fireworks started when Burrill and Houston ganged up on Rankin over the Liberal government decision to secretly de-list the Owl’s Head Provincial Park from a list of potential protected places in order for it to be developed as a golf course on the Eastern Shore.

“Why didn’t you reverse the decision when you had the chance?” asked Gary Burrill. “How can you call yourself an environmentalist and do what you did?” asked Tim Houston.

Iain Rankin said Owl’s Head “is still working through the process” and residents of Little Harbour came forward to ask the government to consider building a golf course. Rankin said it is important for politicians and the civil service to listen to all points of view and that Owl’s Head is not a done deal.

“I had an obligation to listen to that community,” said Rankin […] “They are going through a process. If there is loud opposition and there is science that says it should not happen, then I will oppose it.” 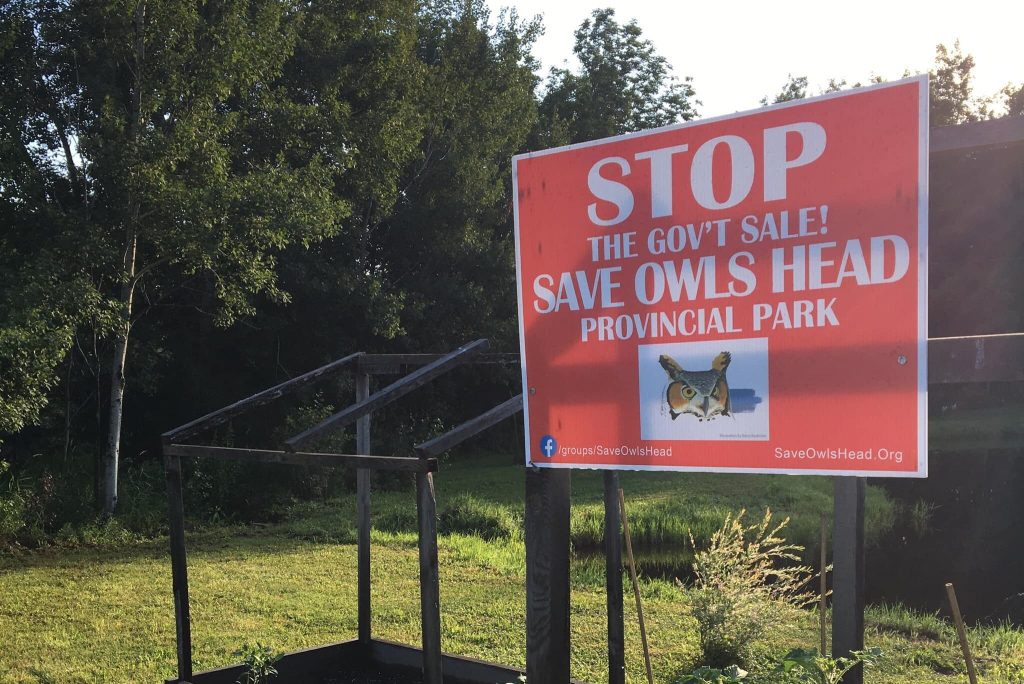 Of course it wasn’t the people of Owls Head who asked for a golf course. It was developers, American couple Beckwith Gilbert and his wife, Kitty, the owners of Lighthouse Links Development Company who already own 138 hectares next to the Owls Head property. And as noted above, there is loud opposition.

But the reasoning behind that opposition doesn’t meet the standard for judicial review, Brothers wrote in Friday’s decision.

The inclusion of Owls Head on the government’s list of parks and protected areas, or PAPA, did not protect the land, Brothers wrote, and so the removal of the site from that list didn’t require public consultation.

“The government’s misrepresentations that Owls Head was a provincial park, while troubling, are legally irrelevant to this court’s substantive review of the Treasury and Policy Board’s decision. The same is true of the choice by the Ministers of Land and Forestry and Environment to seek removal of Owls Head from the PAPA without first informing the public,” Brothers wrote.

“The wisdom of the government’s conduct in this regard is not a matter for judicial review. In our constitutional democracy, the merits of such exercises of discretion by elected representatives are reviewable only by the public who elected them.”

The decision to delist the property “did not seal the fate of the Owls Head lands,” Brothers wrote, “and the endangered species inhabiting the lands are still protected under the Endangered Species Act.”

Brothers the government’s decision to delist Owls Head and enter into a conditional agreement to sell the land “was reasonable based on the information before it, including that further assessment of the proposed development and its effects would occur prior to any sale of the lands.”

“The court will not second guess policy decisions about what is best for the province as a whole.”

In an interview, Bancroft, one of the applicants, said the decision is disappointing.

“I think what it means is actually that within the law, the legal system, there’s no real route here,” he said.

As for Brothers’ assertion that this is a matter for the election, Bancroft said he feels COVID, health care, and the economy are likely to remain the dominant issues.

“The environment has taken a backseat to the Liberals, the Conservatives, and the NDP,” Bancroft said.

Christopher Trider, one of the administrators of the Facebook group Save Owls Head Provincial Park/Little Harbour From Becoming Golf Courses, said he hopes the issue will make a difference at the polls.

“It’s certainly morally and ethically reprehensible, even though it’s not illegal, how it happened,” Trider said in an interview.

“You’ve got to look at the remedies you have available to you and in this case, and interestingly enough, there’s a provincial election underway.”

On July 29, 2021, the Supreme Court of Nova Scotia released its decision on the judicial review of the provincial government’s decision to remove Owls Head land in Little Harbour from the Parks and Protected Areas Plan (PAPA). As expected, the court found that the Treasury and Policy Board of the Province of Nova Scotia had the lawful authority to make that decision. The court also stated that further assessment of the proposed development and its effect would occur prior to any sale of the lands. Furthermore, the court concluded that Owls Head had never been formally designated as a provincial park under PAPA.

We are pleased with this result and are eager to move forward with our plans for broad public and First Nations engagement regarding Lighthouse Links.

As the land is still the property of the Province of Nova Scotia, there will be a robust public consultation required before a sale of land is possible. We are hopeful that this process will also allow the opportunity to correct the misconceptions some may have about the project that are the result of misinformation being pushed by the Applicants and others outside the community. We look forward to engaging with the public and First Nations.

Lighthouse Links is an exciting opportunity for the community of the Eastern Shore and the province of Nova Scotia, creating an ecotourism destination that will be an environmentally responsible source of up to 200 rural jobs. We look forward to being a positive example for sustainable and safe rural economic growth.