You are here: Home / Environment / Losing the forest — and the species — for the trees 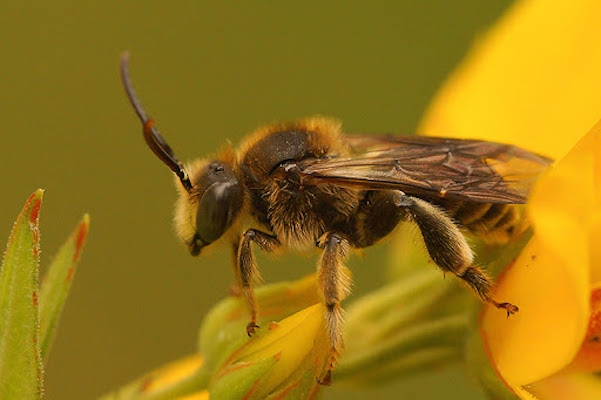 The Macropis cuckoo bee is an endangered species in Nova Scotia. Photo: northernhoot.com

The Nova Scotia Dept of Natural Resources (DNR) is not living up to its job to protect species of animals and plants considered endangered, threatened, or vulnerable. That’s the conclusion of Chapter 3 of Auditor General Michael Pickup’s report released last week.

The auditor general carried out an audit this winter. Pickup’s report concludes that of the 14 “at risk” species for  which the province is solely responsible, there are no management plans for more than half them.

“We believe species at risk need to be a greater priority of the Department of Natural Resources. Although the Endangered Species Act outlines specific duties to conserve, protect, and recover endangered species, the Department has not met all its responsibilities,” says the report.

There are more than 50  “at risk” species in Nova Scotia ranging from Extinct (5) to Endangered (37). “Endangered” is defined as a species facing “imminent” extinction or extirpation, a term meaning the species won’t be found in Nova Scotia but could live in the wild outside of this province. The complete species-at-risk inventory includes mammals such as the moose and lynx, birds such as the bobolink and the barn swallow, insects, and a long list of plants including lowly weeds and lichen. Once a species is designated for protection — a startling 19 were added three years ago — legislation requires that a “recovery” or management plan be developed.

Of the 37 at risk species in Nova Scotia, 28 are a shared responsibility with the federal government.  Where the problem and the scolding from the auditor general begins is with the nine endangered or threatened species for which the province’s Department of Natural Resources (DNR) is solely responsible. The AG’s report observed:

• No recovery or management plans exist for five of nine endangered or threatened species. These required plans are six months to more than seven years late.

• Three of five Vulnerable species do not have management plans.

• For four of nine of the endangered or threatened speicies, not only are there no plans in place but DNR hasn’t yet established recovery teams to produce the plans. Recovery teams are composed of staff members from the Department of Natural Resources as well as outside experts tasked with making a plan to protect or bolster the comeback of the plant or animal.

Moreover, even when there are plans and recovery teams in place to help species recover, those plans are meaningless, charges wildlife biologist Bob Bancroft. 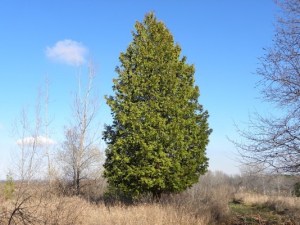 Bancroft was a volunteer member of the mainland moose recovery team for eight years after a plan for that endangered species was established in 2007.

“During that eight years,” says Bancroft, “the team was unable to do one thing for one moose. I think it’s a moot point whether recovery plans are in place if the department can’t act on the ones it has”.

Bancroft says although the recovery plan called for a census to determine a base line for the number of endangered mainland moose, the plan “never got the go-ahead from the department to complete” the census and went no further than an aerial survey of one area along the South Shore.

“There hasn’t been an adequate response by the government to have a positive impact on moose, which are continuing to die off because of overcutting in their habitat,” says Bancroft, who retired from his job at DNR 17 years ago and is the current president of Nature Nova Scotia, an umbrella group for birders and naturalists.

The auditor general’s report says “Natural Resources does not track when plans are developed or when they are due for review. This information is not readily available. Without monitoring, the Department cannot be sure that plans are reviewed when needed or that appropriate actions to protect species are undertaken in a reasonable time.”

Lip service wasn’t the only shortcoming. The audit looked at four joint plans involving the provincial and federal governments and one plan involving just the Province. The report notes:

We found the four joint plans generally met the provincial Endangered Species Act requirements. The one provincial plan we examined did not meet all requirements of the Act. It did not include an implementation schedule or identify areas for consideration as core habitat,” said the report.

As well, a 2013 plan update showed that certain actions were complete and which were not. For example, a study to better understand threats to the species was shown as complete, but it was not undertaken due to funding issues. We were also told the recovery team has not met since 2013.” (emphasis added)

The report critiques the lack of coordination and communication provided by the Department of Natural Resources to the Species Recovery teams, describing the effort as “weak” and recommending a formal communications process be developed:

Losing the (healthy) forest for the (logging of) trees

“The auditor general’s report is a damning indictment of a department not living up to its own legislated commitments,” says Matt Miller, the forestry coordinator with the Ecology Action Centre.  Miller believes the species referred to in the 2014 letter is a boreal felt lichen, a rare plant found in only a few places on Earth, including Nova Scotia.

Compared to a majestic moose or a charming turtle, it’s hard to imagine a less-likely species to capture the public’s imagination or support for action than lichen. But Miller says even unsexy  “at risk species do matter a great deal because they’re often key indicators of the relative health of a particular ecosystem.” Many lichen are widely used in environmental monitoring because they are “bio-indicators” of pollution, such as acid rain.

Three years ago, Nova Scotia forests were home to about 20 endangered, threatened, or vulnerable species – two of which are without a recovery plan. The report urges the Department of Natural Resources to do more to protect habitat for wildlife — to review all species listed in the Endangered Species Regulations and develop appropriate practices guided by recovery plans.

The following quote from the report appears to refer to a controversial clearcut at Panuke Lake, north of St. Margaret’s Bay in 2014, although the location is not named and the auditor general’s office refuses to provide further information. 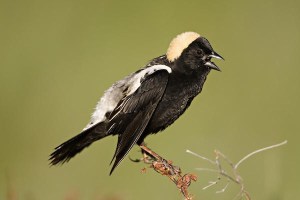 “It’s another glaring example of the conflict-of-interest that exists within the Department of Natural Resources,” says Ecology Action Centre’s Miller. “You’ve got both the Wildlife and the Forestry branches (forestry controls licences to cut wood on Crown Land) as part of the same Renewable Resources division. They both report to one manager (Jonathan Porter) who formerly worked for Bowater Mersey. When species protection bumps up against the industry’s need for more wood supply, the Department is coming down on the side of the mills at the expense of species-at-risk”.

The AG’s report credits DNR with starting to make some progress. The report notes it has issued biodiversity guidelines for Crown lands in southwestern Nova Scotia and it has implemented a “harvest planning” pilot project on Crown land in eastern Nova Scotia. The report says the expectation is that the longer-term harvest planning exercise “should allow for better consideration of biodiversity and habitat protection.”  If successful, DNR plans to apply it to all Crown lands.

The following is DNR’s response to the auditor general’s report, as published in the report. DNR had no further comment for the Examiner:

Since the Endangered Species Act (ESA) came into effect in 1998, DNR has made a concerted effort to implement the ESA and has successfully built partnerships that have resulted in useful planning and important species at risk protection and stewardship actions. However, DNR acknowledges that it has not been able to meet a number of the administrative and other requirements of the ESA for a growing list of species at risk. DNR will review and develop work plans using a risk management approach that will address priorities and the resources required for the ongoing implementation of the ESA. (emphasis added)

Meanwhile, Miller fears DNR’s response will be too little, too late. He thinks the clock is running out to protect species at risk because he fears a licensing agreement allocating 1.3 million acres of Crown land in southwestern Nova Scotia (the former Bowater lands) to forestry companies will be signed and sealed before better protection gets implemented. DNR says October 31, 2016 is its deadline but it is a deadline to produce another plan with action still somewhere in the future.  Miller hopes to see the plan released before the licence conditions around harvesting and wood supply in western Nova Scotia get signed off — “it would be even  more politicially difficult to make changes later,” he says.

Editor’s note: Thanks for visiting the Halifax Examiner. We are an advertising-free, subscription-based news site. Subscription revenue is what allows us to pay reporters like Jennifer Henderson to produce quality journalism. Please consider subscribing to help support this venture, or making a one-time contribution via PayPal. Thanks for your support.