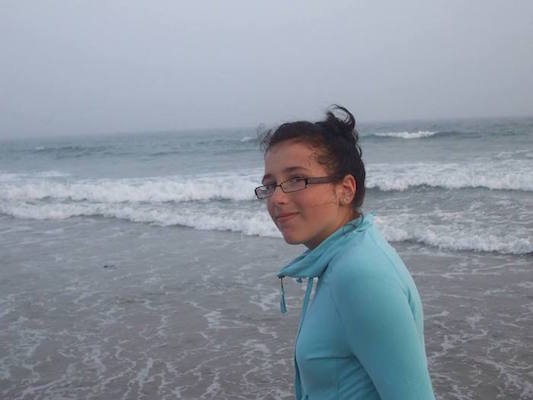 Some six billion videos a day are posted to Snapchat –a social media platform used by 77 per cent of college students — and posts to Facebook exceed three million a minute, so it’s questionable whether anything is truly private anymore. Or can be legally protected.

But online privacy is the topic at the heart of a four-day international conference underway at the Metro Centre organized by two prominent Nova Scotians — retiring Supreme Court of Canada Justice Thomas Cromwell and the Chief Justice of Nova Scotia, Justice Michael MacDonald.

“Cyber-stalking, cyber-bullying and internet luring are only a few of the new additions to the criminal law vocabulary,” says the message in the program describing this year’s theme for 150 people attending the conference hosted by the International Society for the Reform of Criminal Law.

“These developments prompt the questions of whether the concept of privacy remains a legal conception and, even if it is, whether there can still be any meaningful protection of privacy in the digital and Internet age. Overshadowing these issues is the all-too-real threat of terrorist activity in the form of both violent attacks and financial dealings to support them.”

Nova Scotia is no stranger to cyber-bullying. The Province pushed for federal legislation that defines and outlaws the public sharing of intimate visual images without consent after 17-year-old Rehteah Parsons took her life in 2013. Parson’s mother Leah said it was the public shaming of her daughter — photos posted on social media of Rehteah having intercourse with young men at a drunken party — that led her to leave school and eventually commit suicide.

Dalhousie law professor Wayne MacKay was part of a cyber-bullying panel at the privacy conference yesterday.  He says a recent McAfee survey in the United States of people 18-54 years old shows half of Americans are sharing “personal photos and videos” with their partner and friends. Nova Scotia teenagers are sharing too, and sometimes allegedly without consent: a handful of teens from the Bridgewater area currently have charges pending.

The sharing of intimate images of people without their consent is “a huge issue in Nova Scotia,” according to Roger Merrick, another person on the cyber-bullying panel. Merrick, who heads the public safety division of the provincial Justice Department, was hired after Parson’s death when the province brought in its CyberSecurity Act — a civil law that provided an alternative to resolve cyber-stalking and bullying complaints without pressing criminal charges.

“A lot of this stuff does not fall under the Criminal Code but it is still just as dangerous,” says Merrick. He says the code has “gaps” which don’t cover images of certain body parts, states of undress, or offensive comments such as “Ho, go die.”

“Police are trying to play catch up: they are overwhelmed with complaints about harassment and posting intimate images, so having another avenue to deal with complaints provided a good service.”

In the two years from September 2013 to December 2015 when the province’s CyberSecurity Act was in place — it was struck down following a Charter of Rights challenge — Merrick’s CyberScan unit dealt with 820 complaints of cyber-bullying. Figures presented at the conference showed 268 involved female versus female, 199 involved male versus male, 118 complaints involved domestic partners, and 237 complaints related to youth versus youth. Merrick says 13 civil actions were initiated in Nova Scotia Supreme Court and more than 100 complaints were resolved informally. He says “a revision” of the CyberSecurity Act is underway at the request of provincial Justice Minister Diana Whalen.

Merrick says a recent survey of Grade 9 students in Nova Scotia shows about 80 per cent have cellphones and, on average, they send 50-60 text messages a day.

“It’s a mindset,” says Merrick. “It’s nothing for people to take an intimate image of a friend with no thought about where it might end up. It starts at home — we don’t hand a kid the keys to a car without teaching them to drive but we give them a cellphone to travel the world and don’t teach them how to use it.  And it is compromising their future. Police forces are starting to find it more difficult to recruit candidates because a Google search shows photos of someone sharing a joint or an intimate image. So we are trying harder — through the CyberScan unit – to get out and let young people know those  images can come back to haunt them.”

One of the problems identified by several people at the conference is understanding what exactly it is young people are doing and if — or how — the law should react. Law professor Wayne MacKay quoted a study by McGill University Professor Shaheen Shariff that found 60 per cent of children aged 9-12 years engaged in “sexting.” MacKay compared the practice to the “flirting” or “necking” familiar to baby boomers of his generation. In his opinion it is worrisome the behaviour is happening at an earlier age, but says it is not a matter for calling in the cops.

On the other hand, MacKay who has an extensive background in both constitutional and privacy law, thinks it is “appropriate” for the federal law (section 162.1 of Criminal Code) banning the non-consensual sharing of sexy pictures to apply to both children and adults.

“The Youth Criminal Justice Act will kick in with different penalties and different kind of responses so they won’t be treated identically,” says MacKay. “But I think it is  appropriate that it cover both young and old because it is a problem happening everywhere — sending naked pictures without consent is a problem whether you are young or old.”

Despite the extensive use of social media that lawyers and judges at this international conference view as a growing threat to individual privacy, MacKay points to a couple of recent decisions he believes shows it’s not only criminal courts but civil courts and even the court of public opinion that can “get creative” to protect privacy.

In the United States  wrestler Hulk Hogan won a $115-million dollar payday in a lawsuit filed after a video surfaced on Gawker showing Hogan having sex with his friend’s wife.

Balancing the right to personal privacy when it collides with freedom of expression and collective security are issues this conference is venturing to explore — an urgent topic for law reformers that has attracted participants from the United States, the Caribbean, Europe, Africa, and Australia. In Australia, a Parliamentary committee is in the process of drafting a new law to deal with cyber-bullying that is similar to Canada’s.

“The existing law criminalizes the use of the device and the telecommunications services where they create abuse or harm rather than dealing with the sharing of the images,” said David Adsett, the Commonwealth director of public prosecutions in Brisbane and a participant in the cyber-bullying panel. “I think a better approach is to outlaw the offensive conduct.”

Adsett said Australia’s new law may consider a process New Zealand and the United States have that forces Internet Service Providers to react within 48 hours and “take down” intimate photos and videos complainants claim have been posted without their consent. Ultimately, agreed participants on the panel, what victims of cyberbullying want “is the right to be forgotten” and in Canada going to court is still the only way (and an expensive one) to do that.

The conference continues until Friday.