You are here: Home / Featured / In response to a man from the US who failed to self-isolate when arriving in Nova Scotia, the province is tightening restrictions on such travellers 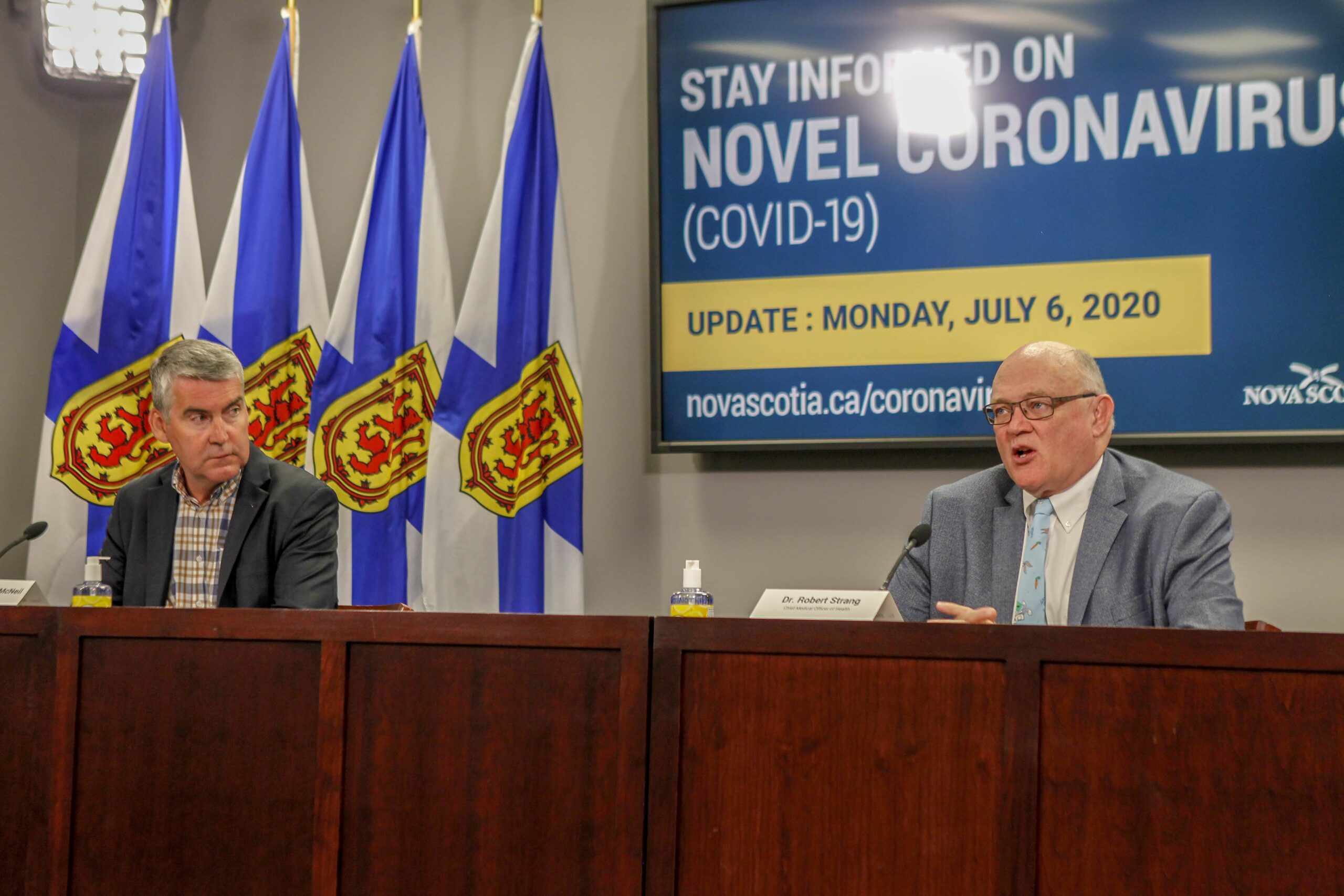 After a traveller from the United States failed to self-isolate in Nova Scotia and started a COVID-19 cluster on PEI, the province of Nova Scotia is tightening rules around people travelling into the province from outside the “Atlantic bubble.”

Starting today, any such traveller “must provide the address where they will be self-isolating and a phone number where they can be reached 24/7,” said Premier Stephen McNeil at a press conference today. “If they are in self-isolation, they should be able to take a call… and there will be followup calls every day for 14 days. And if we can’t locate them after three tries, police will be called to do an in-person check to make sure that person is self-isolating where they said they would be.”

McNeil explained that the person flew into Toronto from the US, and was cleared by the Canada Border Services to board a flight to Halifax. The man arrived in Halifax on June 26. He held a student visa to attend school in Charlottetown. He was picked up by friends from PEI, who attempted to drive him onto the island but he was turned back because he did not have the paperwork required by that province, so he returned to Halifax.

It appears the Charlottetown friends then returned to the island, where they started a cluster of infection. One of the newly infected works in a nursing home. Contact tracing on PEI revealed the presence of the international traveller in Halifax, where he was not self-isolating. Nova Scotia Public Health caught up with him on Saturday and he was tested for the disease; the positive test result came back Sunday. He is now under a federal quarantine order at an airport hotel.

McNeil would not agree that the case reflects a failure to make sure such travellers self-isolated.

“There are signs posted all over Halifax airport and our own provincial officials are there to provide information about the current state of emergency in the province and the requirement to self-isolate for 14 days if they are coming from outside of the Atlantic bubble,” said McNeil. “Those arriving are also given a brochure to explain all of the other public health protocols.”

“I am as frustrated as all of you,” continued McNeil. “We have worked together and sacrificed so much in this province to help flatten the curve, only to have some people come in who think they are above it all, who think that the rules don’t apply to them. Guess what, they do.”

The province’s chief medical officer of health, Dr. Robert Strang, stressed that all four recent cases of COVID in Nova Scotia were international travellers, and three of them responsibly self-isolated, preventing further spread of the disease beyond themselves. Strang said Public Health is now doing contact tracing to determine who the man who failed to self-isolate may have come in close contact with.

I asked if it is a problem that Americans entering into Canada through the Toronto airport can immediately get on a plane to Halifax. Doesn’t that risk infecting the other people on the plane? Strang answered that it is not practical to have the “thousands” of travellers coming from the US to self-isolate near the four airports that now accept flights from the US. Moreover, he claimed the epidemiology shows little increased risk to other people on an airplane when flying with someone who has COVID-19.