You are here: Home / Featured / How Canadians are shifting food practices to deal with higher costs

Canadians have decided to ditch the diets, eat more fruits and vegetables, dig into home gardening projects, and donate to food banks more frequently in 2021.

According to a new report published today by Dalhousie University, those are just a few of the food-related New Year’s resolutions Canadians have committed to as we prepare to kick 2020 to the curb.

“I just think it’s important to end on a high note, and I think this kind of does that a little bit,” the report’s co-author Janet Music said in an interview.

This is the second year that Dalhousie University’s Agri-Food Analytics Lab has partnered with Angus Reid for the end of year survey that measures how concerned and/or confident people feel about the coming year in relation to food.

“The pandemic clearly made 2020 an historic year and has impacted how Canadians relate with food, and mostly where the food is prepared and consumed,” the report notes.

This new report comes on the heels of the 11th annual Canada’s Food Price Report released last Tuesday, predicting that the average family will pay an additional $695 (5%) more on their annual grocery bill than they did in 2020. 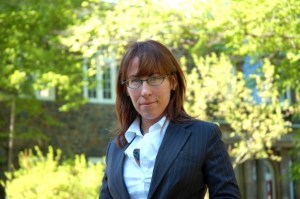 “We just released the food report, which was not a feel good study, that food prices are going to go up,” Music said.

“I think instead of us telling people you’re going to spend $695 more a year on food, this gives a snapshot that says here are some of the things that your community members and fellow Canadians are thinking about doing.”

When asked about their new year’s food resolutions going into 2021, it appears Canadians (46%) have decided their priority is to eat more fruits and vegetables, while 40% are committed to reducing food waste. Cooking more often was the third most popular option, selected by 38% of survey participants.

The report also notes the number of Canadians intending to continue or start a garden in 2021 jumped significantly, from 12% last year to 30% this year.

“I think people do want to take control a little bit over what they see might be something that would fill a gap maybe if there was shortages or just to be more connected to their food supply so that they feel safer,” Music said.

Doing away with diets

The other significant change researchers noted was when it came to the ever-popular New Year’s resolution to go on a diet. Only 30% of Canadians intend to diet in 2021, compared to 42% in 2020.

Music said that 28% drop compared to last year suggests health may not be a focus for this coming year, even though more people (27%) are planning to better manage their snacking schedule.

She believes in the midst of a pandemic, people are being more realistic with themselves about what they can handle and manage.

“To diet in that kind of traditional ‘OK it’s January 1, no more cake, it’s all going to be vegetables’ takes a lot of work, and I think right now our focus really is on maintaining mental health, maintaining connection when we’re increasingly isolated,” Music said.

“To put that emotional energy into doing a diet where you may have been doing this all along and have limited success every year is just not worth it…so maybe instead of going on a grapefruit diet or whatever it may be, I’m just going to try and cook full meals at home.”

The desire to donate to a local food bank doubled in percentage over last year’s survey, jumping from 8% to 16%.

“More people are going to donate food to food banks. Food banks are controversial, I know that. But I think what people are really recognizing is the need to help not just themselves, but the people in their community as well,” Music said.

“If we could get to a point where we don’t need food banks anymore, that would be fabulous. But in the meantime the fact that people are thinking about others in their community is a great message.”

When it comes to bringing lunches to work, only 14% said they would do it more compared with 25% in 2020. The report’s authors noted that with more telecommuting, that result wasn’t surprising.

One thing that surprised the researchers was that despite the uncertainty generated by the pandemic, only 43% say they’ll change their food shopping habits compared with 53% last year.

“It appears Canadians have adopted different shopping habits this year and have become more comfortable with what they have been doing since the start of the pandemic,” the report states.

The representative survey of Canadians was conducted online in partnership with Angus Reid. The margin of error is +/- 2.9%, 19 times out of 20.