You are here: Home / Economy / Houston promotes tax break to attract young tradespeople to the province 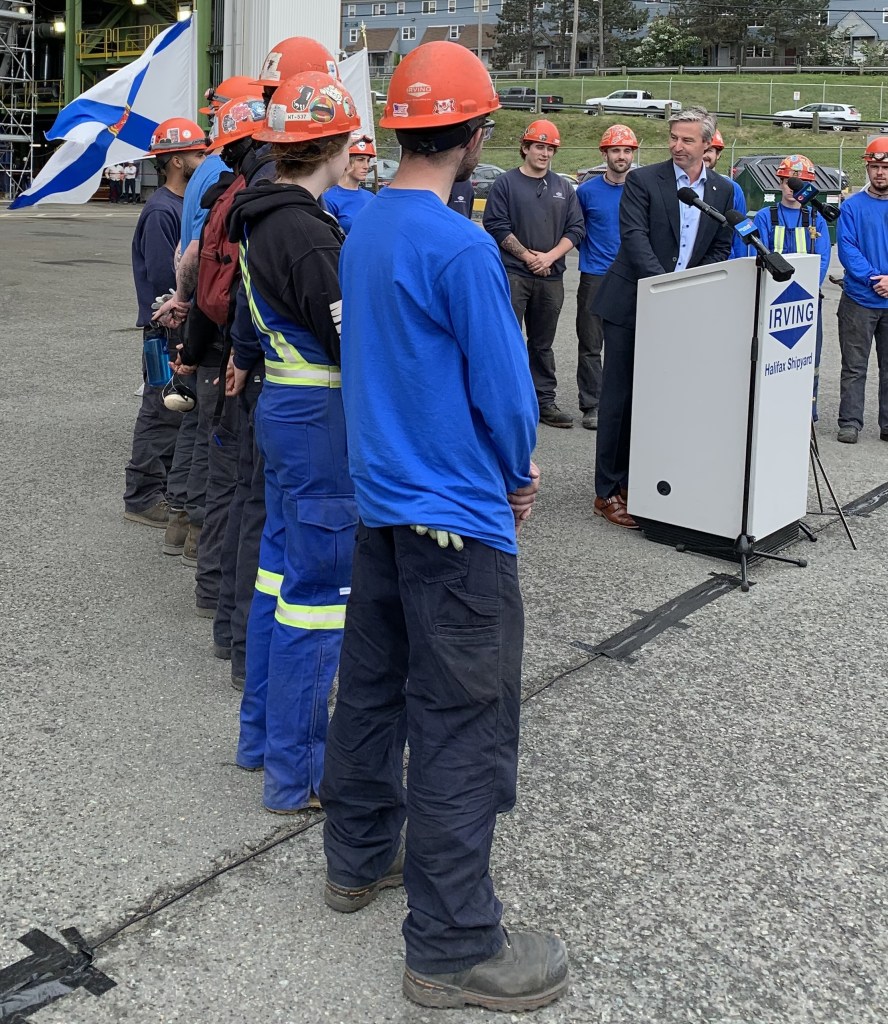 Premier Tim Houston at an announcement about a tax break at the Halifax Shipyard. Photo: Jennifer Henderson

Starting next April, skilled tradespeople under the age of 30 in a very wide range of occupations, will pay no provincial income tax on the first $50,000 they earn. The list of occupations eligible for the tax break includes automotive technicians, bakers, boat builders, cooks, construction workers, glaziers, HVAC technicians, plumbers, roofers, crane operators, and many more.

The government has branded the tax break initiative as More Opportunity for Skilled Trades (MOST). A news release states the break is expected to help about 7,500 current and new workers in the skilled trades.

“Nova Scotia isn’t alone in facing gaps in our labour market, but what sets us apart is the concrete actions we are taking to address this problem,” Houston said during the event at Irving Shipbuilding in Halifax. “We must find a way to keep our youth here.” 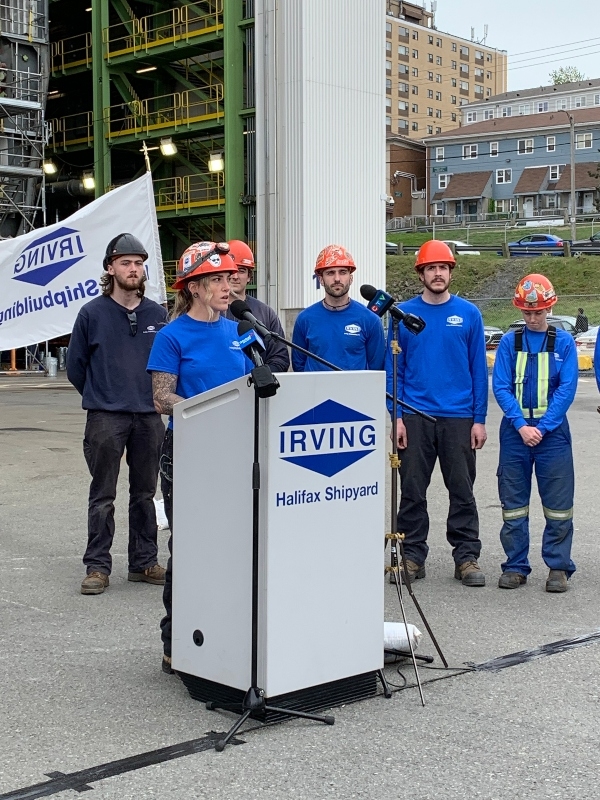 Shea Erskine, a welding apprentice at Irving Shipbuilding, spoke about the tax break at the announcement.

“Every dollar counts in the current state of high inflation and housing prices, and I believe this program is a big step in helping navigate these challenges,” said Erskine, who grew up on a farm in Upper Musquodoboit before graduating from NSCC.

Houston said while the growing economy is good, that growth also comes with some challenges. He said current forecasts show the construction sector in Nova Scotia has one of the fastest growth rates in Canada, and by 2030, the province will require 11,000 certified tradespeople.

Irving Shipbuilding partnered with the Nova Scotia Community College (NSCC) a decade ago to develop programs to make it easier for women and people of colour to access welding, pipefitting, and machining training. The Halifax Shipyard, which is now about 10 years into a 30-year procurement deal with the Canadian Navy, employs about 2,100 workers today. Of that total, 240 are apprentices and 51 received their Red Seal certification last year.

That number could swell over the next 15 to 20 years once the shipyard actually begins construction on a series of warships. The original cost estimate for the combat ships was pegged at $26 billion 10 years ago, but a report by the Parliamentary Budget Officer (PBO) last January revised the estimate, putting it closer to $70 billion. The PBO cited delays, inflation, and pandemic-related issues as the reasons for the ballooning price tag.

Irving Shipbuilding president Kevin Mooney said the yard will need to hire another 400 trades workers before the end of 2024. For the past 10 years, Irving has been working on building six Arctic offshore patrol vessels. The Canadian Navy will use the vessels to defend coastal borders and slow down smuggling. 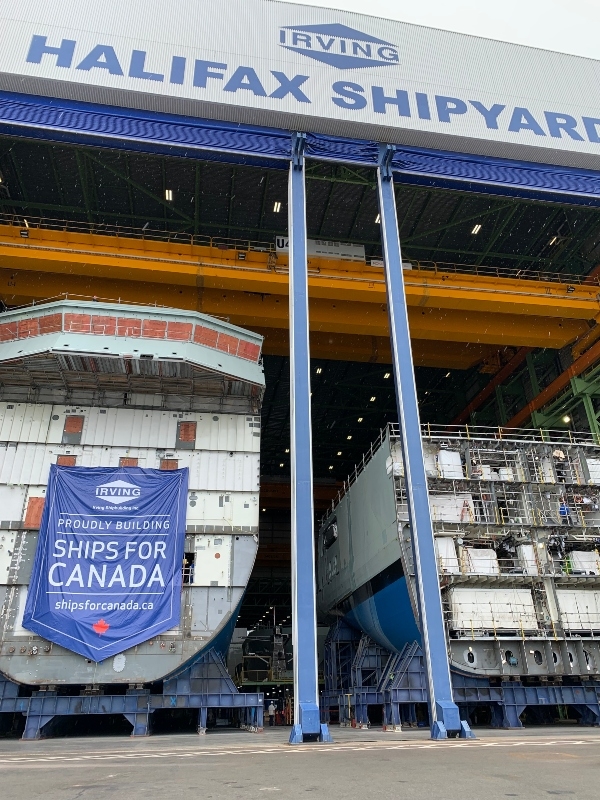 Ship modules for the William Hall, in the assembly at Irving Shipbuilding. Photo: Jennifer Henderson

The shipyard will launch two massive modules for the fourth vessel, the William Hall, into the water this Friday afternoon and Saturday from the dock on Barrington Street. The patrol vessel was named in honour of Hall, the first Black person and first Nova Scotian to receive a Victoria Cross for his bravery. Later this summer, a third module — or “mega block” — will be welded onto the first two to complete the ship.

Houston hinted that if the MOST tax measure proves successful at keeping more skilled tradespeople at home while also luring newcomers, the measure might be “scaled up” to include a larger demographic or wider group of occupations.